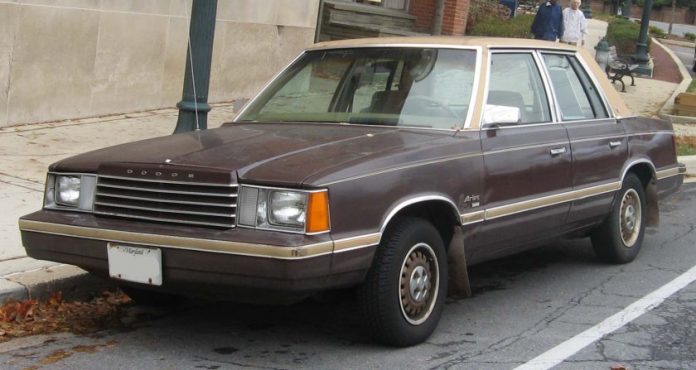 Cars are so much better than the government had intended that one can only imagine how good they might have been had the government not been involved at all.

In the first  place, the government meant for most of us (but not them) to be driving small cars with not much power. This was the purpose of Corporate Average Fuel Economy requirements, which first went into effect back in the 1970s.

And initially, it worked exactly as intended.

Cars got “downsized” across the board. The typical layout of the American family car went from rear-wheel-drive with a V8 engine up front to front-wheel-drive with a four cylinder engine parked on top of the front wheels. Cars shed horsepower and engine displacement as well as curb weight, as the engineers groped for more MPGs. Instead of 4,000 pound Impalas with 5.7 liter 350s (and 7.4 liter 454s) under their hoods, Americans found themselves driving 2,800 lb. pound K cars with 2.6 liter “hemi” fours.

Then something marvelous happened. 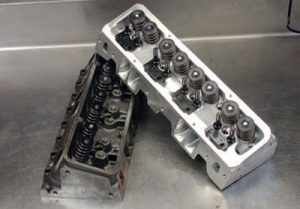 As a side effect of the quest for Ever More Efficient, engine power began to swell again. Things like roller (rather than flat tappet) camshafts allowed more aggressive valve timing without costing gas or drivability. Cylinder heads – which were increasingly being made out of aluminum rather than cast iron – flowed more air, which made more power. Carburetors were replaced by electronic fuel injection.

All of these things – which are now standard equipment in economy cars – were once exotic technologies used in race cars or very expensive high-performance cars.

We began to have our cake – while Uncle had his, too.

The upswell in power – and performance – continues to this day. Current year family sedans are quicker than most muscle cars ever were – and twice as fuel-efficient. 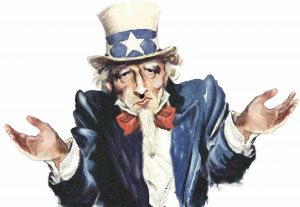 It must be infuriating.

Prices, also, have remained reasonable – notwithstanding the constant piling-on of federal mandates that have added expense to cars.

Some will disagree with this – pointing out that the average price paid for a new car is now well over $30,000. This is perfectly true. But it is also perfectly true that there are lots of cars available for about half that and they’re not lacking amenities – or power.

A side-by-side comparison of what was available Then vs. Now – and for how much – is very revealing: 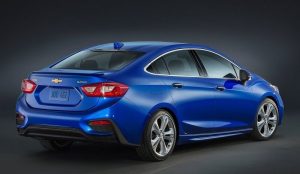 The Cruze comes standard with a turbocharged 1.4 liter engine that produces 153 hp and gets the car to 60 MPH in about 8.8 seconds; it comes standard with climate control AC, power windows and locks, a four speaker stereo with in-car WiFi hot spot and a seven inch LCD touchscreen.

The ’81 K-car had a 2.2 liter engine without a turbo that made 82 hp and got the car to 60 in about 12 seconds – without air conditioning or power locks or a stereo with Wi-Fi and a seven-inch LCD touchscreen.

It did, however, get very good gas mileage: 29 city, 41 highway – which the new Cruze, with all its technological advantages, only manages to just roughly equal (30 city, 40 highway). But this is due to government meddling – specifically, government demands that new cars meet impact standards the K-car and its like could never have met – which have badly hurt the fuel-efficiency potential of modern cars. 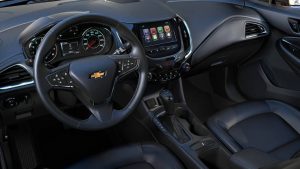 The ’81 K-car only weighed 2,338 lbs. A 2017 Chevy Cruze weighs about 500 pounds more (2,870 lbs.) and this added bulk is mostly structural steel – added to make the car more able to absorb impact forces. Which is not a bad thing, except that it compromises the fuel economy potential of the car.

A Cruze that weighed what the K-car did – with all the efficiency advantages of 2017 – would almost certainly achieve at least 50 MPG on the highway.

But the point is that notwithstanding almost 40 years of piling-on regulations and mandates, a modern K-car equivalent like the Cruze is a vastly superior car by just about any measure. It is much more powerful and equipped with amenities that would have been inconceivable back in ’81. 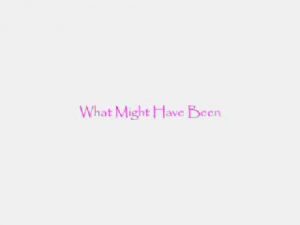 Yet costs almost exactly the same in real terms.

This is nothing less than a miracle . . . of the market. A testimony in steel and glass and plastic to the seemingly inexhaustible ingenuity of  the engineers. Who – despite the obstacles put in their way – have managed to give us cars that perform better and are much better-equipped for no more money than cars cost us decades ago.

Can you imagine what might be possible if they were free to design cars without government constantly interfering?