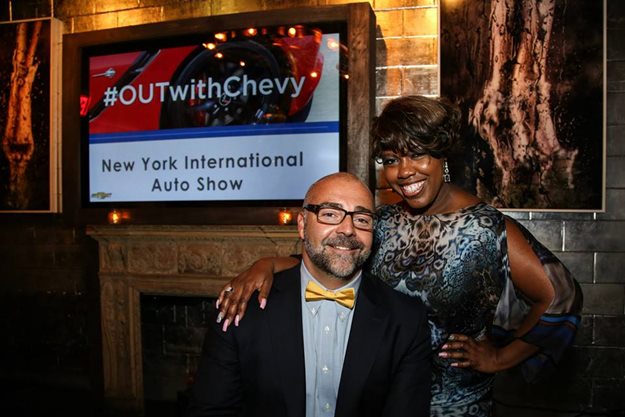 The following is interesting because it highlights GM’s obsession with genitalia, skin color and sexual preference:

Be bold. It’s one of the key messages General Motors wants to communicate to its female employees, according to Alicia Boler Davis, executive vice president of GM global manufacturing.

“It’s not always natural for women to highlight their own accomplishments,” she said last week at the . “We need to get more comfortable doing this. … You can and should promote your wins and, of course, give credit to the team that supported you.”

Being bold was a major discussion point, she said, during a meeting with GM CEO Mary Barra and about 85 employees — primarily women in leadership roles. The meeting was part of an effort for the first female CEO of a major automaker to regularly talk about and brainstorm ways to further the success and careers of women in the company.

The meetings with Barra were among several initiatives outlined by Boler Davis, 48, that GM has to encourage and mentor female employees, who account for roughly 25 percent of its salaried U.S. work force. She added that the opportunities, including webinars and online leadership courses, are open to men at the company as well.

The largest program, she said, is an employee resource group called GM Women. The group has more than 2,500 members in the U.S. and focuses on a wide range of activities, including personal and professional development, volunteerism and improving business results.

“We all know that, despite how far we’ve come, we still have a very long way to go,” said Boler Davis, who has risen through GM’s ranks since starting as an engineer in 1994. “And we all know that these are still challenging times to be a woman in the workplace, in any industry.”

Boler Davis later cited Wall Street, Congress and Hollywood, in addition to dealerships and factory floors, as places where women “belong” and “have earned the right to lead.”

“We often talk about recruiting women to the auto industry,” she said, “but it’s just as and maybe even more important to help ensure that they flourish and don’t get discouraged and look elsewhere once they’re part of the industry.”