There must be a rube in the House.

A recent Republican who does not understand how the game is played – much less why it is being played the way it is played. He and perhaps some of his fellows not-yet-initiated publicly wondered why the federal government is underwriting the sale of luxury-performance cars that happen to be electric.

It is a curious thing. 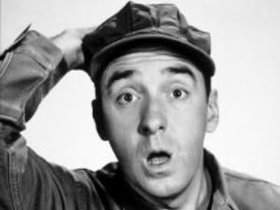 They suggested rescinding the $7,500 tax inducement which the government has been using to “help” electric car manufacturers like Tesla, which sell electric cars that start around $40,000 and which emphasize not economy but performance and style and technology.

Some might look upon the robbing of Peter – who probably drives an eight-year-old Camry in need of front end work – so that Paul can drive a brand-new, $40,000 electric luxury-performance car – as somewhat obnoxious.

There is, for example, Genevieve Cullen – who is the head shill for the electric luxury-performance car lobby, styled the Electric Drive Transportation Association. She practically squealed the collective indignation of her clients, who are alarmed very much by the prospect of having to make an honest dollar: 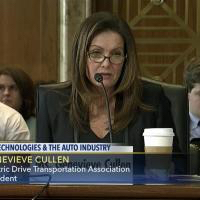 She and they “ . . .continue to believe that a reformed tax code should include a robust set of incentives to support the electrification of transportation,” Cullen wrote to House Republican Rep. Kevin Brady of Texas, who is the chair of the Ways and Means Committee – which is the government gaggle which weighs how to dispose of our means.

But Cullen is not being straight with Brady – or with the means providers (who haven’t got much choice about that).

The issue on the table is not whether Uncle should “support the electrification of transportation,” as she shysterishly misdirects. It is whether wealth transfers from working people to affluent people ought to be continued.

Elon Musk, for instance, is a billionaire. The idea that anyone who files a W2 ought to be made to fund his operations is haltingly offensive. 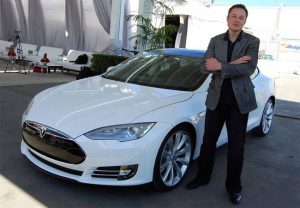 The people who buy the electric cars he makes – when he does actually make them – are the same people who buy BMWs and other luxury-performance cars with prices that start around twice the price of an ordinary IC-engined economy car.

It is paying obse people to eat those “foods.” There is no longer any such thing as “government cheese” – i.e., the basic staples which used to be provided, at taxpayer expense, to people who could not or for whatever reason would not provide the means to feed themselves. EBT card in hand – food stamps being too shaming, you know – they are now free to dine not only on potato chips and grape soda sweetened with fructose but also to sup on sushi and steaks, courtesy of the same tax mules who are mulcted to finance the purchase of luxury-sport electric cars. 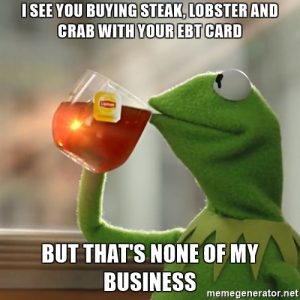 One set the stage for the other, arguably.

Wealth transfers no longer hide behind even the pretense of lending a temporary and necessary helping hand to the less fortunate, to people just barely making it – whether it’s potato chips and grape drink or high-end electric cars.

The not-so-poor-anymore are entitled to eat the same food as the taxpayers who – as a result of this – can no longer afford to eat as well themselves. Similarly, the guy who is saving up to pay for the front-end work his eight-year-old Camry needs hasn’t got the money for the repairs because that money was taken out of his hide to “help” put a San Francisco Snowflake into a $40,000 Tesla.

The interesting thing is the supine acceptance of these outrages by the populace. That persons such as Genevieve Cullen are able to appear in public without a cordon of armed guards. 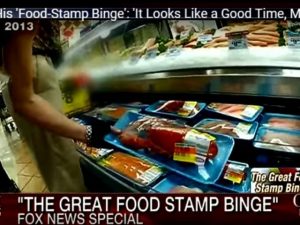 It is one thing to provide staples to fill the bellies of people who for one reason or another would perhaps otherwise go hungry. In principle, it is still morally disagreeable to achieve this via the use of force and theft – i.e., taxation. But it’s a tepid affront compared with finding oneself in the checkout line at Whole Foods behind an EBT’er “paying” for his steaks and sushi and grape drank and potato chips with your money.

While you wait your turn to pay for your ground beef patties.

So also with electric cars – which are the equivalent of free steaks and sushi.

Does your car have heated leather seats and a huge LCD touchscreen? Does it tout how quickly it can get to 60?

The Tesla you “helped” your boss buy does.

And as obnoxious as that is, the tragedy is that there would probably be electric cars that didn’t need “help” were it not for the firehose-diameter IV of government heroin flowing into the veins of crony capitalists such as Elon Musk.

And not just him, either. The entire car industry is being corrupted by this business – and driven to ruin, ultimately. Because it’s not economically viable. Eventually, as Margaret Thatcher once famous said, you run out of other people’s money.

Take away not just the $7,500 courtesy-of-your-neighbor discount but all the layers of subsidization and the focus would return to making an electric car that made economic sense. It would not be luxurious or sporty. It would lack heated leather seats and an opulent oversized LCD touchscreen. 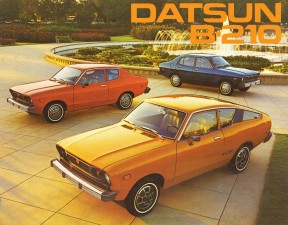 But it might actually cost less to own than an otherwise-comparable IC-engined economy car. People might be induced to buy such a car – just as people once-upon-atime bought VW Beetles and Chevettes and Datsun B210s – without using the government as a proxy to mug their neighbors to “help” them make the purchase.

But why eat government cheese when you can dine on steak and sushi – and never have to worry about the bill?

Marie Antoinette is supposed to have said, “let them eat cake” – and thereby triggered a revolution and the loss of her own head. Perhaps, one happy day, the same fate will befall Elon and his fellow tax parasites.

It’s a cheerful thought, at least.