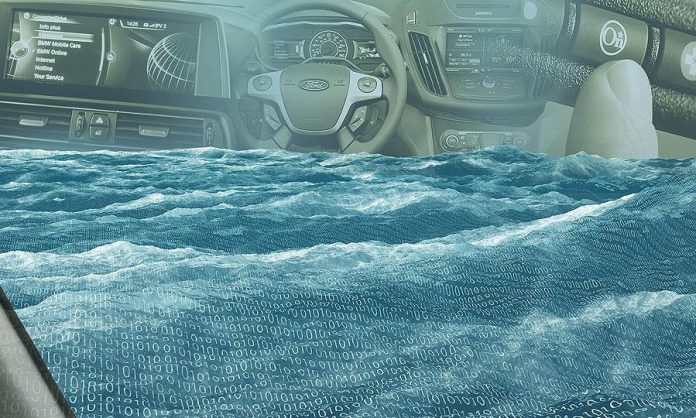 Who owns the data culled by your car? And – more to the point – who is profiting from it?

And why aren’t they cutting us a check, at least?

All new cars – and most cars built over the past decade or so – have data recorders and this data is not only stored but can be – in newer cars – transmitted back to the manufacturer (e.g., General Motors) without the knowledge of the car’s owner. 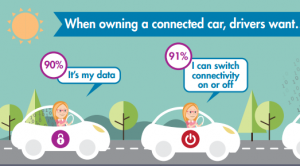 Nominally, consent is required before the manufacturer may filch your data  – and “filch” isn’t even the right word, because what we are talking about is continuous, real-time monitoring of the vehicle’s speed, how quickly it accelerates (and decelerates), where the car is at any given time (and how long it stays there), even what the driver is listening to on the radio – keep in mind that everything in a new/late-model car is “connected” – but many people don’t realize that the “consent” form that gives access to all this data is buried in the paperwork they sign when they buy or lease the car.

Most people do not read the entirety of these document, which are written in Talmudic small-print legalese and for exactly that purpose (i.e., to glaze over the eyes of the already weary customer so that he will simply sign – anything, at this point – in order to be done with it and out of there, at last). 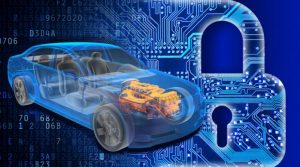 Having John Hancocked the paperwork, “their” car becomes a kind of four-wheeled Chatty Cathy, constantly “sharing” the data it collects. In the newest cars, this could and likely does include whatever is said in the car (there are microphones in almost all new cars, part of the hands-free cell phone/voice recognition system) as well as whatever is texted (most new cars pipe your phone’s data through the car’s system, which means the car has access to the data and thus, so does GM or Honda or whomever).

So, what do they do with this data?

Ask Lisa Joy Rosner. She is the chief marketing officer for a data mining company called Otonomo – which “partners” with the car manufacturers to make money off all that data, by selling it to interested parties. 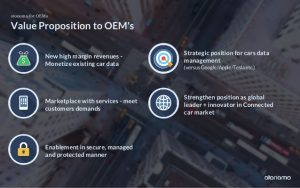 Pretty much any company that hopes to sell you something. The data helps them construct a profile of you, determine or at least project your inclinations  – and then targets you for The Sell.

The movie, Minority Report , gave us a preview of this promiscuous intrusiveness back in 2002. As Tom Cruise, the lead character, walks down the street, he’s accosted by targeted ads that Sell to him, specifically. Based on data about him culled by The System.

This is not the future anymore. It is our present. 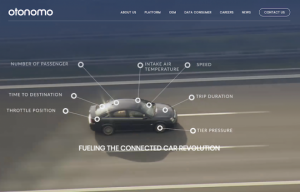 “The thing the car manufacturers realize now is that they’re not only hardware companies anymore, they’re software companies . . . “ What she means is that your car is like your computer – which keeps cookies of your browsing habits, which are then used to direct certain ads your way. Except it’s more than that – per the above. Your laptop/desktop does not monitor your movements or transmit the conversations you have inside your home – not yet.

Your car does. Or can.

Meanwhile, are you being cut in?

Leaving aside the nettlesome – the disturbing – privacy issues, there is the issue of these data mining operations not paying you – the owner of the mine – a cent for the data they mine and profit from.

Authors get royalties. Not much, but something. Landlords get rent. Lenders get interest. We produce and provide the data – but Otonomo, et al, get all the coin generated. 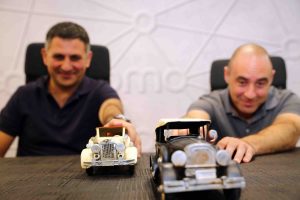 Otonomo “cleans up” the data ever-so-helpfully provided by their “partners” – the car companies but produced by us – and then “helps (the car companies) commercialize it,” Rosner says. “The automaker gets a revenue share on every piece of data that is consumed.”

Yes, but what about the “consumer”? The ugly word used to describe the people being milked like factory farm dairy cows by Otonomo and similar data-mining operations. And also by the car companies, which are as complicit in this as the Catholic Church is with regard to kid-touching priests.

At least it’s possible to avoid the kid-touching priest by staying far, far away from him or those who might be like him. “Connected” cars, on the other hand, cannot be avoided except by not buying them. Buy the equipment for in-car media players here.

Which might not be a bad idea, come to think of it.