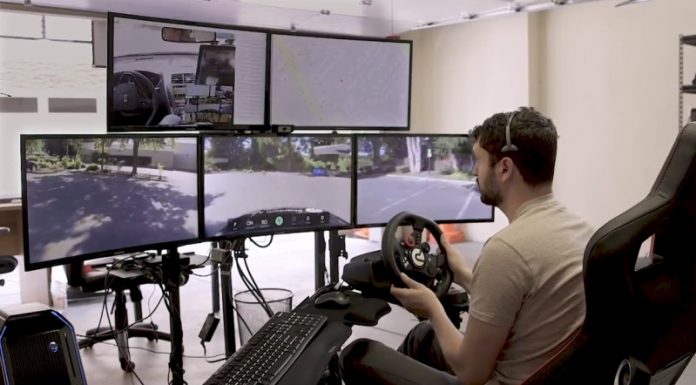 In November, General Motors’ Cruise automated test vehicle attracted unintended media attention when it froze behind a taco truck during a press drive. Between traffic cones, double-parked cars and the lunch stand, the car’s computer could not figure out its next move.

That situation, and the snarky tweets that followed, is one Phantom Auto wants to help manufacturers avoid. The company says it can eliminate cases where a driverless vehicle may become confused or stuck by having a human take the wheel from a remote operations center.

“We’re offering safety,” Phantom CEO Shai Magzimof says. “We want the experience to be smooth, clean, sharp. As companies struggle with the last step of getting to a stable, reliable automated vehicle, that’s where we come in.”

At CES in 2017, Nissan Motor Co. said it developed, in collaboration with NASA, a system known as Seamless Autonomous Mobility that calls on human help centers when self-driving cars encounter unforeseen situations.

However, Nissan’s system maps a solution to send to the car, which will execute it itself, while Phantom physically takes over the controls. To do so safely and consistently, the system needs to have low latency, or delays in the transfer of data.

Magzimof said the biggest obstacle when he began approaching self-driving engineers with his remote operations idea was “latency, latency, latency.” However, as a former engineer working on mobile networking for video games, he already had determined a way to find a strong, consistent connection.

Using a process called bonding, Phantom can switch and combine networks from carriers such as Verizon, AT&T and Sprint to maintain connections. Before deploying its service, the company maps the area of operation to determine which networks are strongest at every coordinate.

Magzimof said when the company began tests, the connection experienced frequent “hiccups,” causing a jerky ride. But the process eventually was refined enough that Phantom could operate vehicles in Las Vegas during its first demos at CES this year from its headquarters here.