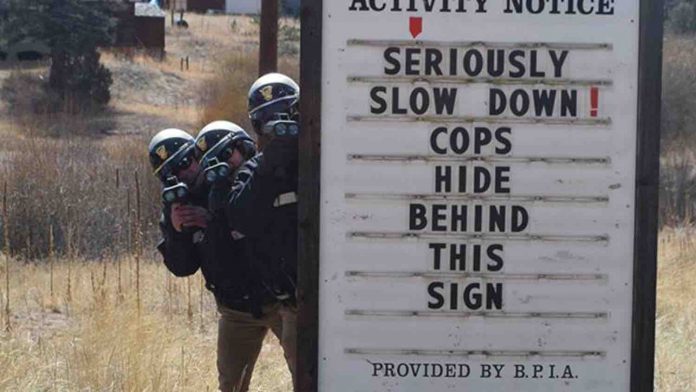 Why should it be a punishable offense to “speed”?

After all, it’s not velocity which causes harm. It’s loss of control, regardless of velocity. Loss of control can happen at any speed – and it’s by no means directly correlated with high speed. If it were, travel by air would amount to assisted suicide. Yet travel by air – at very high speed – is extremely safe.

Interestingly – if you care about saaaaaaaaaaaaafety – most accidents happen at low speeds, at below the posted speed limit. They are the result of not paying attention, following too closely. 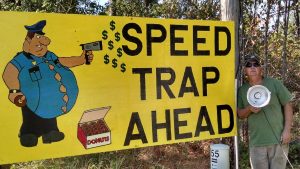 Loss of control is the the thing that hurts you – or someone else – whether at 35 MPH or 350 MPH.

Loss of control is also objective fact. You either did – or you did not.

He may claim the loss of control which led to the damage was due to extenuating circumstances – a deer strike, for example.

But the fact of loss of control remains inarguable, a fact. As opposed to a supposition about what might have happened; the assertion that you were driving “too fast” – which is defined in law as driving faster than a number posted on a sign. 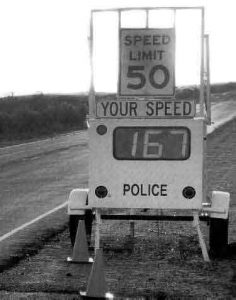 The only debatable question is whether the damage ought to be considered the result of extenuating circumstances, something beyond the driver’s control – like a deer strike – or something which could have been avoided. Like not noticing the light turned red or that the car ahead slowed – and you weren’t paying attention or were following too closely.

Your speed being largely irrelevant.

“Speeding” is objective only in terms of whether one did or did not drive faster than a number posted on a sign. It is otherwise without meaning, entirely arbitrary, a kind of secular totem pole which modern savages are expected to genuflect before.

And which the “gods” impose punishment on the heathen for failure to genuflect.

How fast is too fast? 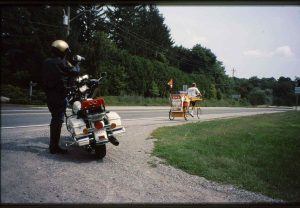 It amounts to someone’s opinion, when you get down to it. A government worker’s opinion. In the very best case, a speed limit is based on government workers observing the rate at which traffic generally flows on a given road and then posting a number which roughly approximates that rate of travel. This is the so-called 85th percentile method of setting speed limits and it has the virtue of not pathologizing normal, perfectly safe speeds.

But higher speeds are still pathologized – people are punished even though their actual driving can’t be faulted and they may be excellent drivers, in full control of their car (and better drivers, at very high speeds, than many drivers are at speeds below the legal limit).

And the 85th percentile method of setting speed limits is used less and less. Instead, a government workers simply picks a number – a number that almost always pathologizes nearly every driver on the road, since it’s a number below the 85th percentile speed. You can tell it is because everyone’s driving at least that fast and most are driving faster. 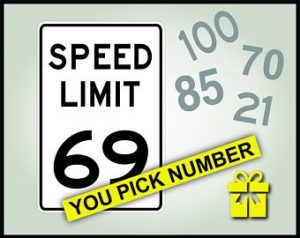 The limits also change randomly – almost always going down rather than up.

The sign reads 45 MPH today. Tomorrow, it reads 35 MPH – because a government worker decided 45 was “too fast.” This just happened on a road near me, a section of the Blue Ridge Parkway in southwest Virginia.

But the road has not developed new curves. It is the same road as when the sign read 45, which was just the other day. The cars which travel the road have not regressed in their ability to handle the curves which do exist, either. And – one assumes – driver capability hasn’t declined from one moment to the next, either.

Regardless, what was legal driving yesterday is – presto! – unlawful “speeding” today. It’s unjust on the face of it because of its arbitrariness, least-common-denominator-ism and because a driver who “speeds” isn’t necessarily a driver who has lost control of his car. 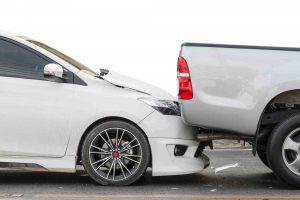 The claim is that “speeders” are at higher-risk  of losing control, but this is speculation. Hysterical speculation – given the fact that almost every driver is a “speeder” almost all of the time, because speed limits are set below the normal, reasonable 85th percentile speeds people drive.

The majority do not lose control of their car.

If it were true that “speeding” is as dangerous as its detractors (who are usually also “speeders”) claim, loss of control ought to follow almost inevitably every time a driver “speeds.”

The fact it does not says something about the “danger” of “speeding.”

So why are people routinely punished for this manufactured offense – can be punished for it, without even the suggestion that their actual driving was less-than-competent? And in the absence of any harm caused?

There is a better – more objective – alternative.

If a person loses control of his vehicle regardless of speed, hold him accountable for the damage caused.