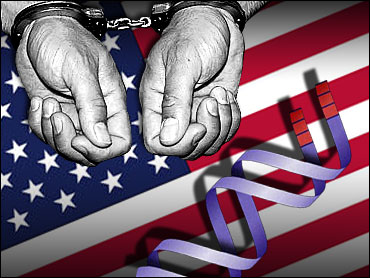 Legalizing pot may turn out to be a not very good idea. Not because the state (or anyone) has the right to tell a person what they may or may not ingest, freely buy or sell . . . but because of the excuse it will give the police state to become even more authoritarian than it already is. 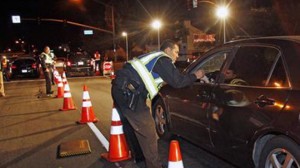 And yes, such a thing is possible.

Over the course of the last couple of weeks in at least two states (CA and PA) motorists have been stopped at random and “asked” to submit to swab-testing in order to ascertain whether they’ve been using “drugs” (that is, other than the drug alcohol).

Some have been “voluntary” – but expect them soon to become mandatory.

The LAPD, for one, will be forcing drivers at random “safety” checkpoints to submit to having their mouths swabbed for evidence of pot usage (and so on) since conventional Breathalyzers can only detect alcohol. 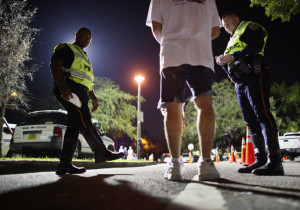 The authoritarians are using the legalization movement’s successes to argue for widespread, routine use of swabbing-at-gunpoint, arguing that people will be more likely to smoke and drive (and so on)  as a way to get around the Alky Nazis.

“There’s a growing recognition that driving under the influence of drugs is something we need to be clamping down on more effectively . . . (t)raditionally, our office has focused on drunken driving cases … we’re expanding drug collection and aggressively enforcing all impaired-driving laws,” says LA City Attorney Mike Feuer.

Consider it blowback – the lashing back at us Mundanes over the minor successes the decriminalization  movement has had partially repealing the imbecilic (and evil) “war” on some “drugs.” 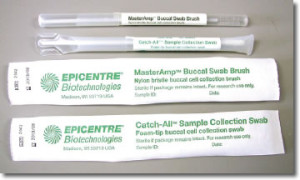 One of the farcical aspects of this business not yet commented upon – so far as I have been able to determine – is that pot (to say nothing of other “drugs”) affects the body quite differently than the drug alcohol. Time sense may be altered, but physical coordination may not be affected. It is a very debatable question – in terms of hard facts – whether a person is “impaired” after having smoked a quantity of pot vs. a quantity of alcohol. There are – as yet – no objective standards defining impairment. Merely to test “positive” is sufficient insofar as the law is concerned. This seems unfair on the face of it. But then, it is equally unfair to define a person as “drunk” according to a generalized and arbitrary BAC threshold, even in cases where the person’s driving cannot be faulted. 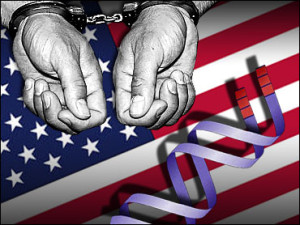 Much more unfair, though – and also not yet remarked upon – is the fact that while alcohol in the bloodstream dissipates within hours of  drinking (and no trace will remain after 12 hours or so) the physical evidence of smoking pot (and probably partaking of other “drugs” as well) can remain in the body for weeks after imbibing. A person who tests positive for pot, in other words, is by no means “stoned” at the time of testing. Yet he may be thrown in prison and his vehicle taken away from him regardless.

Minimally, these tests are outrageous on that account alone.

These tests are abusive in another way, too.

Swab testing is also DNA testing. A way to collect biological fingerprints of entire populations. Remember: These tests are performed generally, without any individualized suspicion or specific probable cause. Everyone who has the bad luck to roll up on a “safety” checkpoint is required to Submit and Obey.

Is it really going too far to imagine – in this day and age, given what is now happening routinely in this country, including forced anal/vaginal probing by the side of the road – that this power will not be abused? That our DNA will not be collected – and (like everything else) kept somewhere for eventual (inevitable) use against us? 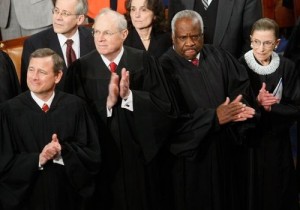 Keep in mind the fact – not “conspiracy theory” – that the U.S. Supreme Court has decreed that any person merely taken into custody – that is, prevented from leaving by being forcibly detained, but not convicted of having committed any crime – can be forced to submit to a DNA test (see here).

“DNA identification of arrestees is a reasonable search that can be considered part of a routine booking procedure,” Justice Anthony Kennedy wrote, representing the court’s majority decision.

Just like the “reasonable” random, bereft of any specific reason to suspect impairment (or anything else fishy) checkpoints that now litter the landscape of the former home of the free but increasingly land of the cowed.

Back in January of 2012, Dear Leader Obama signed into law the (get hold of your gag reflex) Katie Sephich Enhanced DNA Collection Act, which provides states with oodles of federal taxpayer-looted “funds” to facilitate DNA collection by your local Officers-Not-So-Friendly.

If you think those funds will not be used – and the latest power conferred not abused – then perhaps you will be interested in purchasing a bridge I own in Brooklyn. I can make you a very good deal, I swear.

Will Americans ever reach their breaking point?

Or are they already broken?

PS: If you like what you see, please consider supporting EPautos.com. We got dumped by Google – see here for the full story about that – and now we depend on you, the readers, to keep the lights on.