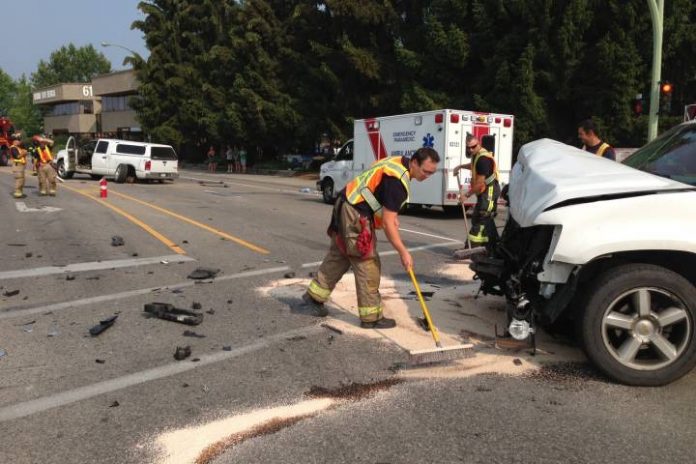 You’ve probably heard about reading people. About picking up on subtle cues, such as eye movements and body language, that convey info about a person’s intentions. It’s also possible to read cars – to divine the intentions of the driver.

Here are some examples worth learning to look for:

People who ride motorcycles learn to judge driver intentions by the direction of the car’s wheels – especially when the car’s driver is signaling something else. Always trust the wheels rather than the signal.  The driver may have left the signal on by accident, or accidentally signaled right when he meant left.

Or just changed his mind. 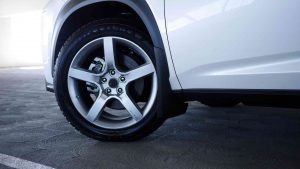 Bear in mind that many modern cars will not let you manually cancel an inadvertent signal. At least, not immediately. Most will “flash” at least several times in the direction inadvertently indicated and sometimes you have to actually turn the wheel in the opposite direction to cancel/reset.

Which the driver may not do until after he’s turned right in front of you.

You can’t see brake lights from head-on. But you can see the front end of a car squat as the weight of the car shifts forward and the suspension compresses as the result of hard braking. 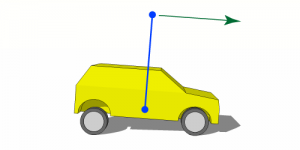 This can help you judge how much time you’ve got – or not got – to cross in front of an oncoming car.

You can and should rely on this visual evidence of deceleration to judge whether a car is going to stop for a red light – or not. This is another “tell” motorcycle riders depend on to save their lives.

Never assume that just because the light is red, that car is going to stop. And never enter an intersection on faith – just because you’ve got the green. You may be entirely in the right, legally speaking.

And will be just as dead, regardless, if you pay attention to that instead of the other thing.

We’ve all cruised around busy parking lots, hoping to find an empty spot. Sometimes, we’ll see a guy in his car – and it looks like he might be getting ready to leave. But is he? 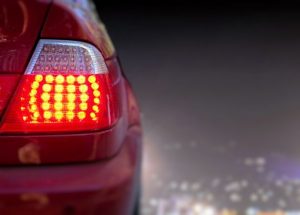 If the car’s brake lights aren’t on, it means he’s still in Park – and either just sitting and waiting or otherwise not getting ready to go. If the brake lights are on, then he’s probably in gear – and movement is probably imminent.

If, after 30 seconds or so, the brake lights haven’t come on, assuming he’s staying put and continue your prowling.

A driver who is approaching his destination will often decelerate before he brakes – or signals. If the car ahead of you seems to be bleeding speed for no apparent reason, assume it’s because he’s going to brake and signal at any moment – and not necessarily in that order. 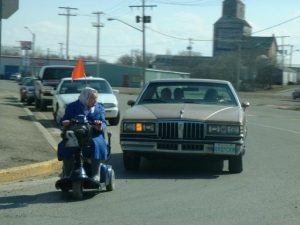 These drivers are often the type that will literally almost come to a complete stop  – on the road –  before they begin making their turn off the road.

It’s not a bad idea to cover your brake pedal and increase your following distance a bit when you find yourself behind one of these.

Unpredictable drivers are dangerous drivers and best given a wide berth.

You can usually predict which cars are going to make a move – attempt a pass – in heavy traffic – according to the vivacity of the car. 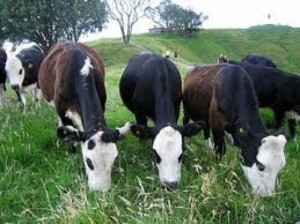 Most cars plod along torpidly, like ear-tagged cows on a feed lot. One follows another – mooooo! – and you can just tell their drivers are focused on the car ahead and not on getting ahead.

But there are some bulls among the cows. Their movements are quicker; you can watch them lining up for the shot – so to speak. These are the ones watching the traffic light, anticipating the green.

They will be ready to go when it does.

If you can, get behind that driver. He’s the one who won’t be the head of the conga. You might actually get where you’re going before the sun goes down.

This one will give you the most information about what a driver is about to do – or not do.

If you make that visual connection with the driver of the other car, you can presume he sees you and thus won’t pile-drive into you. If on the other hand, you can’t make eye contact – if the driver seems oblivious to your presence – assume he is; that he does not see you. 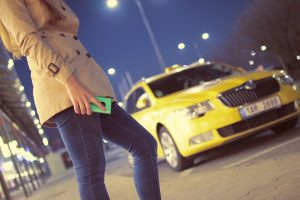 Even if you have the right-of-way, even if it’s the other driver’s legal obligation to yield – assume he won’t if you haven’t locked eyes.

This is especially important when you are on foot.

As at a crosswalk.

Look at the person behind the wheel of any cars that are in a position to run you over and assume they will – unless you know they won’t.