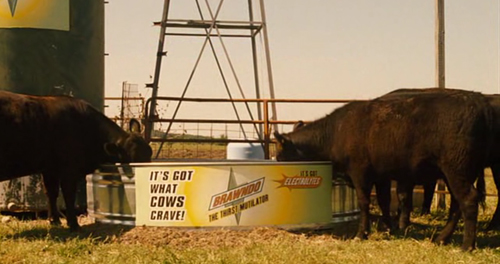 I’m going to spill some beans – which is probably going to get me in trouble. 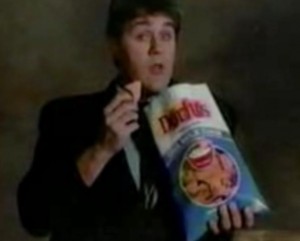 Many of the articles you’re reading online are actually ads.

It is oilier than Bill Clinton soaked down in WD-40 parsing what “is” is.

These ads-in-disguise are pitched to the owner/editor of a web site as a “guest post” (never say “ad”). They come with a byline and everything. There is no overt sales pitch. The “guest post” reads like a blandly written piece of what we in the print news business used to call boilerplate. Basically, this was a piece of no great importance or timeliness but perhaps mildly interesting that was accepted for publication whenever a slot on one of the back pages opened up. It wasn’t Pulitzer Prize stuff, but it wasn’t an ad.

These “guest posts” are.

A dead giveaway is that the byline above the “guest post” is that of some random person whose name you don’t recognize who has no obvious business writing about the subject. The hack is paid coolie wages to confect a shoddy 500 word sales pitch, subtly salted with “SEO friendly” keywords and links that take you – you guessed it – to the manufacturer of whatever the product is that’s being hawked.

Manufacture of stairlifts on the rise as boomers age

For the past half century, everyone knew that there would come a day when that baby boomer population would become seniors with special needs. The fear was always what these needs would do to the economy, but there is a whole other side to the issue and that is what those needs could do for an economy.

The manufacture of special medical equipment has seen an increase in certain segments of the industry, and stairlifts are amongst the products most impacted by a rising elderly population.

Acorn stairlifts in the spotlight on the Ellen DeGeneres Show

To highlight the importance of stairlifts and just how they could positively impact the life of a person facing physical challenges, Ellen DeGeneres actually rode on one on national television in the US. The show, of course, was re-broadcast around the globe via satellite, and the entire world, in that moment, was hopefully made aware of the problem now facing them as the population ages. The actual product shown on Ellen was an Acorn Stairlift, a global leader in the manufacturing of stairlifts.

Boomers mot the only candidates for stairlifts

However, the manufacturing sector understands that boomers are not the only segment of the population in need of aids for going up and down stairs. There are large numbers of people with physical limitations that need assistance in varying degrees so the construction of the actual ‘chair’ can be tailored to various levels of need. Also, they can be installed for temporary use by a person who will only require a lift for the duration of healing such as after breaking a hip or leg and after some types of surgery. As the stairlift doesn’t attach to the wall, there are no structural changes which makes them easy to remove as well.

Most important feature to look for when comparing manufacturers

When looking for a stairlift either for yourself or a family member, the first thing to look for is whether or not that particular manufacturer meets national and international safety standards. As in the case of the Acorn Stairlift seen on the Ellen Show, these products are manufactured to comply with European as well as Worldwide safety regulations. Here is what you need to look for:

These are the regulations which must be adhered to in order to ensure that the stairlift is compliant with the legal safety standards which must be met.

With global regulations on safety and as technology progresses, stairlifts are not only safer but easier to install and easier to use. If you believe that a stairlift is the solution to someone who is unable to navigate stairs inside or outside the home, you will find useful reading here to help you determine which type of stairlift best suits your needs. Most reputable companies with a solid reputation like Acorn also make provisions for power outages. DC capability is available so there isn’t a worry what would happen if the power suddenly dropped. Acorn on Ellen is certainly newsworthy as it only serves to heighten awareness to a problem we have long neglected, addressing the needs of the elderly and physically challenged.

If you click on the story, you will get this: See more at: http://www.themanufacturer.com/articles/manufacture-of-stairlifts-on-the-rise-as-boomers-age/#sthash.SJKxHeI4.dpuf.

Who the hell is Tim Brown? Is he even a real person? Why is “Tim Brown” hawking the virtues of stairlifts?

Because someone paid him to.

And someone wants to pay me to purvey him to you.

These “guest posts” are sold to the publisher of a web site – that’s me – who is supposed to present the ad-in-disguise to his readers as mere “content.”

I just got another such pitch – from the purveyor of the dreck above. Here is what I received:

Thanks for getting back to me.

To give you an idea on what we do, we would be looking to write sponsored content for your site. This content would usually come in the form of a 500-word article. The writer of the article would spend time on your site/s and get a feel for tone, style, and the type of content you usually post. They can go and write a tailored article for your blog. You can review, edit and reject the article if you find it not suitable. We want to contribute to your site and pay you for the privilege of posting it.

Below are the links to sites that have our examples across multiple niches:

Given the above information, would you accept sponsored posts from us? Can you send me the name of your site/s if this is something you would be interested in? If the price we offered in our previous email ($50 per post) is acceptable to you, please let me know so we can proceed further.

It is supposed to fool you – and profit me (Calvin offered me $50 for each “guest post” I publish; he wants me to publish four such per month. That would be $200 in my pocket.)

But it is ruining everything.

First, it is ruining journalism. 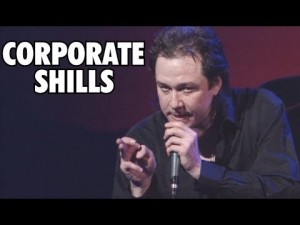 There was, once upon a time, a definite line in the sand between editorial and advertising. You did not mix the two. Ever. Ads were clearly ads. They were boxed off, separate.

There is nothing wrong with ads when presented that way.

But when you masquerade an ad, it is very wrong indeed. Because you’ve just delegitimized the entire editorial side of the publication. How do you, the reader, tell the difference between a “guest post” (ad) and a (supposedly) honest article?

You don’t – or aren’t supposed to be able to.

Which is of course exactly what they – the purveyors of the “guest posts” – want.

But, having spread your legs this way, you have let it be known (even if it’s not) that you are for hire. That nothing you say or write can ever trusted or taken at face value. You’ve sold out.

As the brilliant comic Bill Hicks put it, you are just another “corporate fucking shill in the capitalist gang bang.”

Having allowed yourself to be used in this way, you’ve become useless as a journalist. Turn in your card.

You have betrayed yourself by betraying your readers. They cannot trust you any longer. Whatever you write, it’s as suspect now as the “guest posts” you got paid to publish.

But the pressure to whore out is very real – and while I condemn it, I do understand it.

One, the actual ads – clearly marked – don’t pay. If they are Google ads, they only pay if someone “clicks” on them – and then not very much. Unless your site has millions of readers, the pennies, nickels and (occasionally) dimes per click you get will not add up to much. Plus, Google will not even give you the pennies and nickels (much less the dimes)  if your site offends Google’s opaque editorial policies – that is, its internal roster of political no-no’s. Which includes writing honestly about any topic having to do with the actions of the government, perforation of politically correct nostrums about certain topics that must never be mentioned in a critical manner (questions about the weird free-fall of WT7, Israel’s overweening influence on American foreign policy…. oops!) and so on. 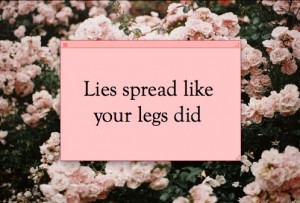 But the omnipresence of Google ads has put pressure on advertisers to not buy ad space directly – from the publisher of a web site, without the Google middle man. Why should they, when Google can get them the space for freeeeeeeeeeeeeee!! (or the next closest thing)?

But free has its costs.

One of them being the obnoxious ubiquity of ads. Ads everywhere, including in your face. “Popping up,” assaulting you with a metrosexual sales pitch or some chirpy bimbo urging you to “learn more” (hey, its not a sales pitch, it’s educational!)

Enter “guest posts” – which are the advertisers’ clever attempt to end-run the Ad Blocker software by turning everything online into a got-damned sales pitch. 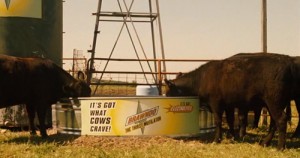 That was taken from the prescient film, Idiocracy – which presented a fictional world of the future in which everything had been enstupified and commercialized, branded and sold. It was, of course, only a movie.

The stuff I’ve been telling you about is, unfortunately, entirely real.

Others may spread their legs. I won’t. It’s not that I’m necessarily an upstanding guy. But I respect words – and despise those who abuse them. Like Khan in Star Trek II, I spit Shakepeare in their direction, for hate’s sake. For what they are doing to what was, if not necessarily an honorable line of work, at least an honest one … once upon a time.

God damn them all.

How Do You Say “Crony Capitalist” in Spanish?