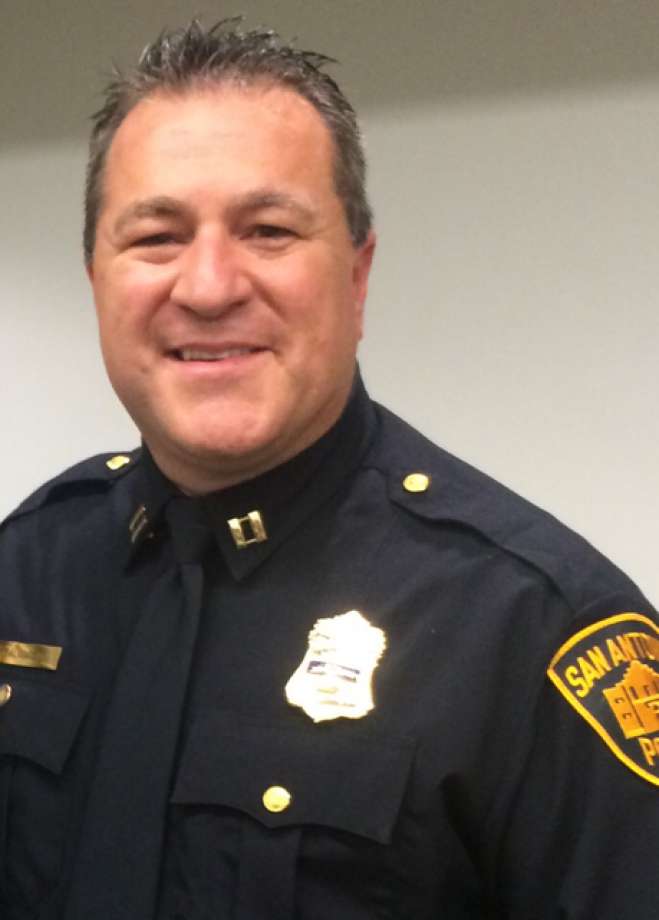 Here’s a video taken of a mass arrest in Leon Valley, Texas. The people – among them credentialed reporters, according to news accounts – had gathered at the request of the chief of police, Joe Salvaggio, to discuss previous video-recording of armed government workers (aka law enforcement) and police abuse/brutality.

Salvaggio and several additional armed government workers appear and announce that everyone present is under arrest. This is an interesting concept given there’s no possible way he could know all the people present much less whether any of them had committed an actionable offense.

Salvaggio asserts that some of the videos taken previously and posted on YouTube (by which people apparently doesn’t matter; “god will know his own,” etc.) had elicited “death threats” and other such – and claims that the posters of the videos are criminally responsible for the comments made by other people unknown to them in a  public forum, where anyone can post.

Plus their friends and relatives and pretty much anyone else in the vicinity.

He also orders the arrest of the others as “witnesses to the crime” – just for being present at the event and for taking video of this incident. 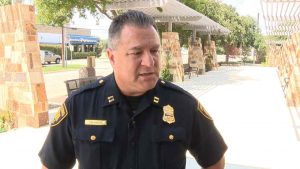 “If you refuse to give up your devices (i.e., your phones/cameras) “you will be charged with interference with the duties of a police officer.”

Which apparently do not include respecting the law. Much less common decency.

This Salvaggio guy – who comically (except it’s not funny) wears the bars of an Army captain, something he’s not – apparently has decided that in his town, the First Amendment does not apply. That people are not free to record the doings of “public servants” out in public … notwithstanding the law is very clear that, indeed, people do have that right.

Even if there is some local ordinance it doesn’t obviate federal law – which includes the Bill of Rights; much to the dismay, no doubt of Salvaggio. The Supreme Court has upheld the right of people to film anything in public which can be see from a public-access area. This includes armed government workers performing their “duty.”

There is no expectation of privacy in public – as much for them as for us.

And this idea that a person who lawfully records (in public) and posts a video is somehow criminally culpable for comments made by people unknown to them and over whom they have no control – if it is not stomped, hard and fast – will be used to intimidate anyone who publishes anything that might generate anger toward the government and armed government workers. 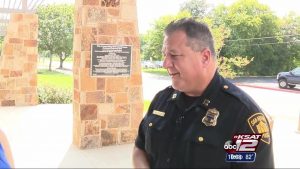 That is the whole point of publishing such videos – as well as writing newspaper article and columns such as the one you are reading right now. To call attention to outrageous conduct by the one gang we’re not permitted to defend ourselves against, except in this manner.

If the standard is to be that the only coverage of armed government workers is coverage which  generates no controversy – and if all it takes to criminalize such coverage is the reaction of a viewer or reader – then we might as well out the First Amendment in the same dustbin of history the Fourth and Fifth and other amendments long ago got tossed into.

“No more discussion,” barks Salvaggio – who also deploys the now-common tactic used to degrade people by ordering them to sit as they await the cuffs. This is done to establish dominance and to demoralize the victim. The sort of thing that guys like Salvaggio love to do.

Why aren’t the state police – or better yet – federal goons – coming to the aid of these people? After all, Salvaggio is clearly guilty of false arrest and imprisonment as well as general thuggery.

He is the Bull Conner of our time – one of many. But it’s not white vs. black anymore.