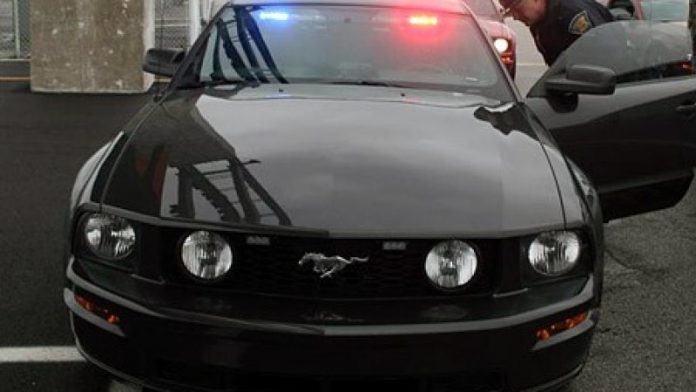 Fox News just posted a story about an Indiana driver who got cuffed and stuffed for driving 120 MPH on the highway. Cue the clap-for-Stalin applause.

The cop – driving an unmarked Mustang GT, a $35,000 muscle car of which the Indiana State Police apparently have several – “busted” the driver and carted him off to the clink. He faces up to a year in jail and a $5,000 fine – but it’s actually far worse, especially financially. He will be uninsurable for years – but will be forced to buy insurance, as per mandatory insurance laws. That means he’ll be forced to pay probably several thousand dollars a year – for years – to be “covered.”

In the end, if he is convicted, the driver will very probably be shorn of tens of thousands of dollars.

But who was harmed? Where is the victim?

It is certainly not the Indiana State Police – which uses the revenue generated by traffic stops (and subsequent fines) to finance the purchase of fleets of high-dollar V8 muscle cars, which it then uses to generate more revenue.

And? Cops do this all the time.

But they are “in pursuit” and “on duty”!

Which makes it safe how, exactly? Put another way, if it is unsafe for a “civilian,” as we are styled by them (even though they are also civilians, since they are not in the army – much as they dress and act as if they were and think they are, general’s epaulettes and all) then how is it safe for them do the same thing?

Do the laws of physics so often cited not apply when the object in motion is put into motion by someone in a government-issued outfit?

But they are trained!

Well, ok – what if I am, too? What if my training is superior to theirs? Do I get a pass?

The driver in this case didn’t.

He apparently asked for a warning – on the basis of his having not caused harm to anyone and (DMV orthodoxy aside) 120 MPH is not even that fast given highway traffic routinely runs 80-plus irrespective of totem pole speed limit signs. And it may have been a quick burst up to 120 on an open stretch of highway, without other cars in the vicinity. In a brand-new Infiniti, which is mechanically well within its capabilities at that speed and then some.

In any event, the cop in his $35,000 GT probably came close to 120 himself and maybe even faster in pursuing the Infiniti. He almost certainly has exceeded 120 MPH in that car on many occasions.

Chiefly because he can.