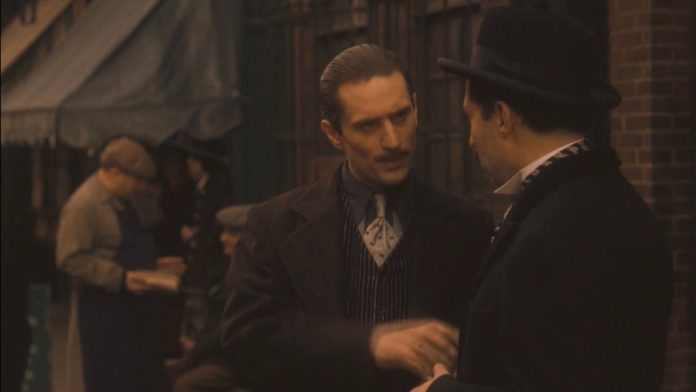 It was imposed on the same pretexts: The government must make the buying of coverage mandatory because otherwise some people won’t buy it and those people “impose costs” on the ones who do. This would perhaps be sound if it were true but of course it’s false – on both counts.

On the first count, it is not debatable that there are people – probably millions of people – who are forced to buy coverage they never use because they never wreck.

Therefore, they impose costs on no one. 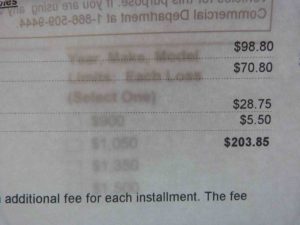 Such people nonetheless have costs imposed on them; are are made to pay for damages they haven’t caused. This is the same principle upon which Obamacare is founded. The healthy who incur no costs are made to hand over money to the insurance mafia for the benefit of those who do incur them.

And for the benefit of the insurance mafia itself.

Both mafias – car and health – profit enormously from being legally empowered to force people to buy their services. Socialized medicine is a moral outrage in the countries where it it is practiced, but at least it is not practiced for profit. Here, it is.

Car insurance at gunpoint, too.

It is dumbfounding that people complain about the cost of their “coverage” – both kinds – and yet do not lay the blame at the feet of thugs whose offers you can’t refuse. What do you suppose would happen to the cost of any other thing if the government decreed you had to buy it? And then made it legal – or at least, not illegal – for those purveying the service in question to make as much profit on the transaction as they could extort – which is exactly the correct word given you cannot say “no, thanks” without repercussions. 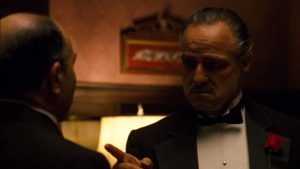 The ability to decline a service (or not buy a product) is the only check  on what those of the left and sometimes the right sloppily refer to as profiteering. If you can say  no – are not forced to say yes – then there can be no such thing as profiteering. There is merely the going rate – which you are free to pay or not.

In fact, Mercedes already has lowered it – or rather, is unable to charge more the car than the market will bear.

Profiteering, then, is just another way of saying: You are forced to pay whatever exorbitant rate is being charged, because you cannot decline without being punished. In the case of mandatory car and now health insurance, that punishment being monetary fines and even (potentially with Obamacare and actually with car insurance) threats of jail. 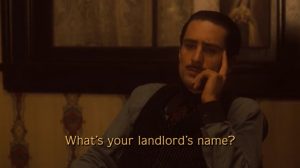 Regardless of your having harmed no one but merely because you failed to send the mafia the extortion payment demanded.

This, of course, is harmful to the mafia.

Back to the second pretext – this idea that without mandates-to-buy, there are people who will not buy. Of course, certainly. But this is a flatulent argument; smelly hot air.

The mandates haven’t altered that fact that there are still millions people who thumb their noses at the mandate and drive uninsured. If this were not a fact, why would it be necessary for most insurance policies to cover uninsured motorists?

All the mandate to carry insurance has done is to make insurance cost more for those who do carry it and the mass of those people are not the ones causing the trouble. But they’re forced to carry the costs of those who are – plus, of course, a tidy profit for the mafia.

And thus, it costs them more – including the ones who would buy coverage even if it were not mandated. They’d just pay less for it in that case. Which of course means less profit for the mafia – and that is the true reason for the mandate. It is an imbecility to believe otherwise. 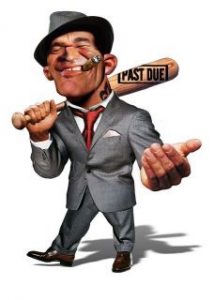 I got to thinking about all of this the other day, when my renewal – or else – notice came in the mail. The extortion letter demands $203.85 for the next six months to “cover” my 16-year-old truck (and my driving of it) neither of which have ever cost the mafia or anyone else a cent. Because I have never caused anyone any harm with my truck or my driving.

But the “coverage” has cost me more than the cost of the truck.

If that is not usurious then the word has no meaning.

It is actually usury via extortion – a double hit.

If I could say no – if that threat existed –  the cost of my policy would have to be less because otherwise I would cancel it. That is called an incentive, in economics. I would be a customer, once again – one who must be pleased or he will take his business elsewhere. 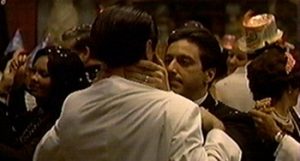 The “or else” would be mine to wield – rather than the mafia’s.

But instead of violence – the mafia’s tool  –  economics.

Offer me reasonably priced coverage based on decades of accident-free driving and never having had a claim filed against me and I would probably buy a policy which would pay out in the  the extremely unlikely event my driving causes harm to someone else or their property. I am not interested in covering my truck or even myself. The truck is old and I’m more than willing to assume the extremely low risk I may hurt myself in exchange for the certainty of not throwing away money I need for other things.

I think $100 a year is about right to “cover” a 16-year-old truck driven by a middle aged guy with decades of objectively responsible (because accident and claim-free) driving as the basis for rating my risk profile.

But a sum equivalent – so far – to more than half the priced I paid for my truck is by definition unreasonable. It is involuntary loan sharkery.

And my policy cost is relatively modest in the context of what many people pay, which is around twice what I pay, on average. 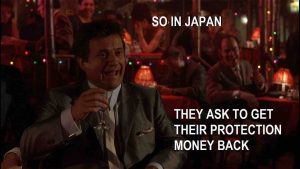 Part of the cost relates to the replacement cost of the insured vehicle; the nicer/newer the model, the higher that cost. Mine is old – yours may be newer. But what if you never need to replace it because you never wreck it? The money is gone, nonetheless – based on a theoretical loss never incurred.

This would be a morally acceptable transaction if the insured bought the coverage – and paid the price – willingly. But it’s a holdup when the victim has no choice; when it is pay up – or else.

Observe that there’s no refund given at the end of the term when the theoretical loss never materializes and meanwhile – because of the responsible conduct of the insured-at-gunpoint – the quarterly profits of the mafia increase by 20 percent.

The concept of insurance isn’t evil. It is made evil by making it mandatory. And it is made even more evil when it is made mandatory for the sake of profit.