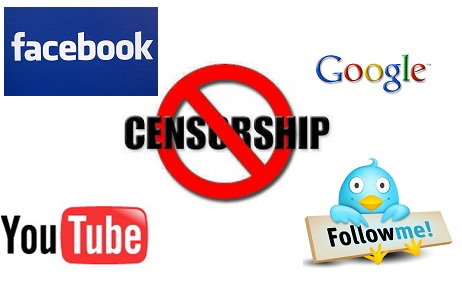 The other day, YouTube and Facebook and several other inter-related social media platforms banned Alex Jones – the founder of Prison Planet and InfoWars. The reason given isn’t that Alex is a “conspiracy” theorist – the ancient charge – but chiefly that he is a purveyor of “hate” speech.

What this really means is that the powers that be hate the things Alex speaks about – his political incorrectness – and can no longer abide his being free to speak about such things. 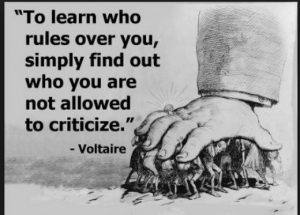 Having locked down colleges, the workplace and most other places, the very last place where it is still possible to openly express non-orthodox views – and to hear and read them – is online.

And now that is to be locked down, too.

The powers-that-be are almost literally chewing the carpet over the success of politically incorrect alternative media. They cannot stand it that people aren’t listening to them – and instead are listening to such as Alex and anyone else who does not parrot the party line.

The Internet opened up a level playing field. Made it possible to end-run the curatorship of the powers-that-be over the dissemination and analysis of information to a mass audience. One no longer needed to have the budget of The New York Times or CNN to compete with both of them.

Which has been driving the curators to Bunker Scene paroxysms of rage.

Since it’s not yet formally illegal to voice – and publish – contrarian views (which are often simply correct views which deviate from politically correct orthodox views; for example, raising questions about the government’s official explanation for the symmetric, almost free-fall collapse of WTC 7 on 911) the method used to silence these views was first to “demonetize” those who voiced and published them.

This means pulling the ads – and ad revenue – almost all of which is controlled by the social media platforms. Never mind that the object of advertising is to reach potential buyers. Never mind that the social media platforms were making money off these ads – the majority of the money going to them rather than the politically incorrect publishers. 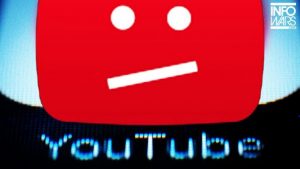 Out of sheer spite for their success, the advertising rug was pulled out from under them. In order – so it was hoped – to starve them into submission. If the powers-that-be couldn’t compete for readers and viewers honestly – on the soundness and fairness of their coverage – then they would eliminate competition by destroying it financially.

But that didn’t work, either.

Cue even higher-pitched, fists-clenched shrieks of outrage, a la the Fuhrer’s condemnations of the German general staff. 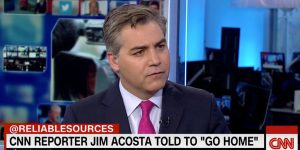 Like the Fuhrer’s screaming fit, the powers-that-be are screaming out of despair. They are losing control over what people read and hear – and they desperately want it back. They pine for the time when there were three networks (ABC, CBS and NBC) and three big newspapers (The New York Times, The Washington Post and the LA Times) all of which controlled what the nation read and heard – and thus, what the nation discussed and thought.

There was no alternative media. Not because there wasn’t alternative coverage. It was just not technically or financially feasible to provide coverage that was contrary to the orthodox coverage of the powers-that-be and reach an audience of any size.

Which served the dual role of erecting a kind of Potemkin Village of mainstream media Authority – what Walter and Dan and Peter said was Pravda (truth) because no one heard or read anything else – and of marginalizing any contrarian coverage by assuring would be necessarily poorly produced newsletter, pamphlets and so forth because of financial and technical limitations – and so could be dismissed as the work of “cranks.” 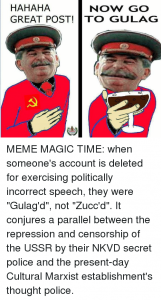 But the Internet made it possible for someone like Alex – for almost anyone –  to produce  a live news show with production values as top-shelf as CNN’s – but without a CNN budget. And not beholden to the interests which provide the budget for the likes of CNN.

It made it possible for someone like me to – an off-the-reservation car journalist – to publish car review and stories about the car industry that politically correct mainstream publications would never publish and still reach an audience as large or even larger than theirs.

They can feel things slipping through their fingers.

And it’s why they are pushing the button. Outright bans. We are going to make sure you can’t listen to or read viewpoints that we don’t approve of by simply taking them off the air. We will use our monopoly control of the Internet – mark that – to control what you read and hear by making sure you read and hear only what we allow you to read and hear.

It’s not a legal prohibition of free speech – not yet. But it amounts to the same thing since effectively one big corporation – the Goo-guhl/Facebook/YouTube combine – controls what you get to read and hear online by controlling what it permits to be written and spoken about online. To get banned from these platforms amounts to being banned from the Internet. 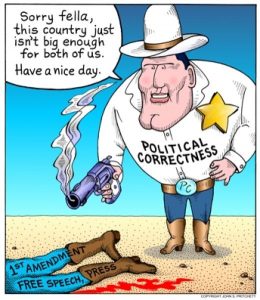 It is interesting that there is no keening of outrage from the political left about the silencing of free speech – which was once among the signature issues of the political left, until it acquired power and at that point became interested in stifling speech.

It is also interesting that the issue of monopoly control over the Internet has not been raised by the  . . . monopoly media. Which has the effrontery to tout itself as the only “legitimate” media.

Which explains the resonance of the Fake News meme which drives the mainstream media crazy. The public – a large portion of it – knows it is Fake News. And has abandoned the Mainstream for the Alternative.

This was ok so long as the alternative media could be (and was) dismissed as “fringe” and “conspiracy.” But it is no longer “fringe” and that is why it must be shut down, pronto.

This is not about “hate” speech.

It is about shutting down speech. And it won’t be just Alex who gets shut down if this is allowed to slide. It will be every non-orthodox point of view, including Libertarian and even lukewarm “conservative” points of view. This is already happening. It is going to get much worse.

The mainstream/social media titans have declared war – and per the Fuhrer, it will be a war of annihilation.

If banning contrarian media from mainstream/social media doesn’t do the trick, the next step – the last step – will be an outright legal ban on “hate” speech. Which will be defined by them – as anything which does not suit them.

This isn’t “conspiracy.” It’s already fact in early adopter countries such as the UK and Germany. And it is coming here, make no mistake. Because it has to. Because it is either them – or us.

No more sitting on the sidelines. The time has come to choose a side.