Our sssssssssssaaaaaaaafety matters  . . . but only when it suits.

No other conclusion can be drawn from the cognitive disconnect that, on the one hand, the merest assertion of potential risk is sufficient to justify the government’s forcing us to wear a seat belt and buy a half dozen air bags, to not make rights on red and accept being interviewed by roadside cops at random to make sure we’re not “drunk” (without having given any reason to suspect we might be) and – on the other hand – its lawn dart insouciance toward the actually dangerous . . .  which has been forced upon us by the very same government.

Consider the latest example – the news that over the course of less than two years – from September 2016 through March 2018 – at least 37 automated Uber cars crashed into something. 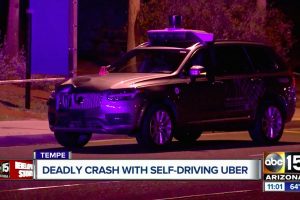 That someone being 49-year-old Elaine Herzberg (RIP) of Tempe, AZ – who was run over by an Uber car while its “driver” was taking a nap.

Bear in mind there aren’t very many automated Uber cars out there. Just a few hundred of them, actually. So proportionately, the number of Ubers that have crashed into things as well as ended things (such as Herzberg’s life) is staggering. It is more than the number of Audis that “unintentionally accelerated” back in the ’80s (some of you may remember) relative to the hundreds of thousands of Audis then in circulation.

The Audis under suspicion didn’t accelerate unintentionally, either. Their drivers did – by inadvertently flooring the accelerator pedal instead of the brake. Which they did because they weren’t used to European-style pedal placement, which (at the time) was somewhat tighter-spaced than what was typical then in American cars. 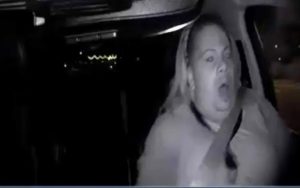 Anyway, all eyes – including the eye of Sauron – fell upon Audi and the company was almost put out of business on the basis of the actions of a few people who couldn’t drive.

Now – lethargically – the National Transportation Safety Board (NTSB) is holding a “hearing” on the matter. But no action has been taken to get known-to-be-dangerous automated cars – Ubers and otherwise – off the road and back on the drawing board, where they belong.

Because these automated cars (which are “autonomous” in the way that FICA taxes are “contributions”) aren’t ready for prime time – or even a sideshow. Unless it’s a closed-course test track, where people are wearing protective gear and are ready to get out of the way, if need be.

These killer Ubers (and others) threaten the safety of other people – unaware of the risk that just entered their orbit. That cyclist killed by the Uber with the asleep-at-the-wheel “driver,” for instance. Elaine Herzberg had no idea her safety was in the hands of a car with a “driver” whose hands were in his lap. 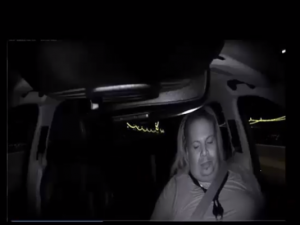 But Sauron wants automated cars on the roads – and thus, its eye doesn’t focus.

On the dangerous Ubers and the other automated cars that are dangerous, including the Teslas that have already killed several people and which are almost certain to kill more.

Their presence on the public roads  constitutes an objective danger to the safety of every person in the vicinity, all of whom get no say about whether their lives are to be put at risk by other people.

Courtesy of the government.

There are other examples, too. For example, the fact that we’re not only forced to buy air bags that can be dangerous but compelled to drive around in cars with air bags known to be lethally defective (the Takata fiasco).

How about auto-immolating electric cars, several of which have spontaneously combusted? 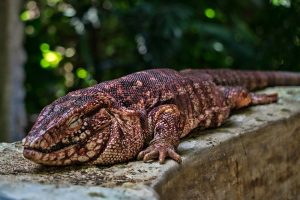 It ought to make people mad.

Because it’s clear that ssssssssssssssssaaaaaaaaafety isn’t what’s driving all of this. If it were, there’d be consistency. Since there isn’t, there’s something else at work – and the only thing that makes any sense is the usual thing.

There is money in automation. The tech is costly – and if we can be forced to buy it, then it means more money for those who make the tech. It also means less money – paid to human drivers, who – it is hoped – will be rendered obsolete.  The money which used to go into their pockets will go into the pockets of the corporations pushing all of this. It will not mean lower prices for goods and services.

See the self-checkout model. You don’t get even a coupon for ringing yourself up. But at least no one’s getting killed. Christmas is the best time to buy something from them.

The thing to grok is that ssssssaaaaaaaaaaaaaaafety is code for control – over cars and thereby, over us.

This explanation makes sense of the insouciance.