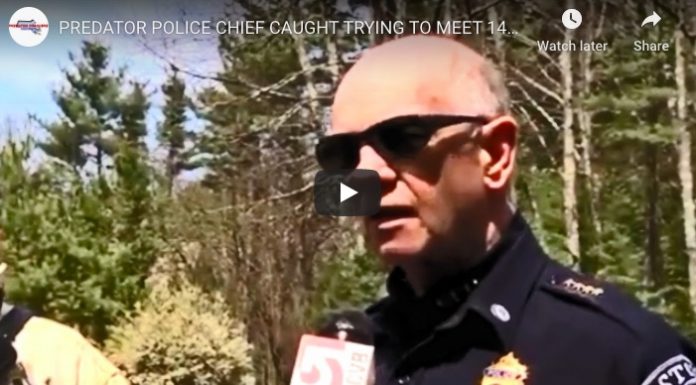 A four-star “general” – who commissioned him? – has been caught prowling for teenage boys. In addition to prowling for our liberties.

Exposure being just the medicine for these creeps.

The Obergruppenfuhrer has been charged with “enticing a child younger than 16” and will be arraigned next month, according to news reports.

These are the people who are shutting down our businesses, our lives – our everything – to “keep us safe.” While force-collecting generous paychecks ripped from what remains of our hides.

What we need – adults and kids alike – is to be kept safe from them.

Shun these costumed creeps. Every last one of them.

Regard every last one of them as if they were a kid diddler. Because few of them are any better. They are liberty diddlers. 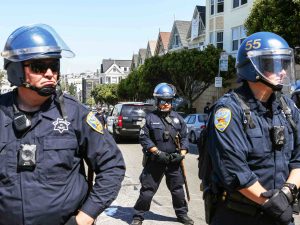 Some will say this is over the top; that it is unfair. Really? Who is out there right now Hut! Hut! Hutting! moms playing with their kids in a park? Hut! Hut! Hutting! people for suggesting that taking vitamin C is a good idea (and not forcing anyone to take it)? Hut! Hut! Hutting! business owners for daring to offer their services to people under no compulsion to purchase them?

This not new, either.

Because Corona is merely the latest excuse for all this Hut! Hut! Hutting! These are the same armed government workers who were Hut! Hut! Hutting peaceful people not in the least way threatening harm to anyone else – but who weren’t wearing a seat belt.

Long before the “crisis” gave them a new excuse.

Do you feel safe when you see an AGW? That ought to tell you something about AGWs.

Does it really surprise anyone that armed government workers are now Hut! Hut! Hutting! Americans for walking outside – or “too closely”? Descending like a troop of einstazgruppen in full “tacticool” gear upon people just trying to work out or get a haircut?

That these kinds of people do other, far worse things?

What sort of person is attracted to a job that empowers them to “pull people over” for no legitimate reason at all. Harangue them with threatening questions while implicitly threatening them with murderous violence?

Likes to enforce laws that are enforced just because they are “the law.” Says “I’m just doing my job”? Which job includes legally rooting around in your underwear – as well as the underwear of your child, your wife, your grandmother – as at the airport?

The answer is a person who doesn’t deserve our sanction, must less veneration.

Because Corona has, at least, caused the scales to fall from some eyes. Including the eyes of “conservatives,” who have been the most strident defenders – if not worshippers – of armed government workers, which is perhaps the most interesting manifestation of cognitive dissonance one might conjure.

For decades, I have been frustrated with “conservatives” who claim to value liberty yet worship those who enforce its removal, i.e., armed government workers. These are often confused in the minds of these “conservatives” with keepers of the peace. How is it keeping the peace to accost peaceful people?

I have challenged “conservatives” who resent infringements of their Second Amendment rights to explain why a peaceful person’s right to not wear a seat belt (or wear a helmet) is ok to infringe.

They object to taxation – but don’t dare object to being taxed to “support” government schools . . . or armed government workers. The latter including anything wearing a military uniform.

They are fighting to keep us free!

The moral incoherence of “conservatism” is perhaps best illustrated by William F. Buckley, Jr. – who for a generation headed it. He was a virulent anti-communist who supported the leviathan state to fight it. He even said that the U.S. must be more like the Soviet Union in order to fight it.

The U.S. is now worse than the old Soviet Union – where the population was never wholesale “locked down” as Americans now are and never pathologized into miming anxiety disorders in public, as Americans now do.

Perhaps they can be recovered. I suspect it will not be easy. Because we let it go too far. And much too long.

The first step is anathematizing the very idea of “law enforcement” – a nihilistic and vicious thing that has replaced, somehow, the idea of protecting people’s rights. Above all, the right to be left in peace, provided what you’re doing is peaceful.

Anything that interferes with that right – accompanied by the threat of murderous violence – is the very definition of tyrannous.

And we have an obligation to resist it.

As for the “good” AGWs? There are none such. Those who are have taken off the uniform and burned the damnable thing. Said: I will not be a party to this anymore.

Those who still wear it aren’t. They have made their choice, stepped on one side of a very clear line.

And we are on the other side of that line.