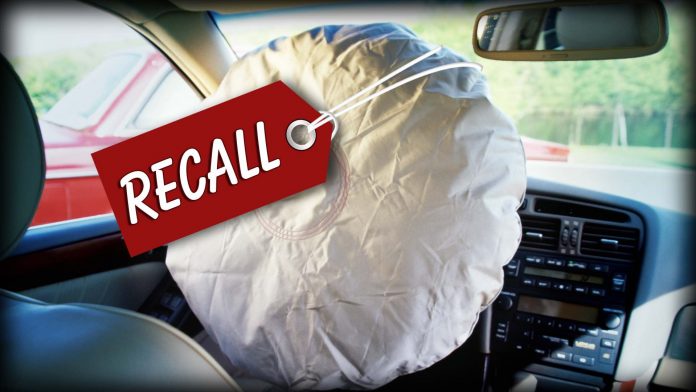 A reader asked me about dealing with the known-to-be-dangerous – the defective – air bag in her vehicle. Since there are more than 40 million vehicles “affected,” her questions – and my answer – may be of general interest:

Pris asks: There’s an airbag recall for my 2005 Corolla. A truck I bought in the late ’90s was easy to “fix” – open the fuse panel; AIRBAG was fuse #18; pull it out; done. When I bought the Corolla the fuse box wasn’t obvious, so disabling the airbags was forgotten until Toyota started sending notices about the recall.  Last week I found both fuse boxes, but AIRBAG isn’t one of the labels; ABS is as close as it gets, but those are for the brake system, yes? Is there a fuse for the airbags? If it is relatively quick I prefer to remove the things completely, or at least the inflater part. Whatever, apparently these airbags are dangerous well beyond the usual damage they cause to your face and neck; I need to disable them one way or another, and I don’t think Toyota will do that for me.  😀

My reply: I agree with you about the bags, as you probably already know!

These “safety” devices can in fact (not opinion) be very dangerous. Lethal, even. And not just the “defective” ones. The ones that work perfectly can break bones, detach retinas and worse. More people have been badly hurt – and killed – by exploding air bags than by exploding Pintos much less VW diesels – which haven’t harmed anyone. But the government crucified VW  and the company had to stop selling the “affected” cars entirely.

And as the car ages, the chances of something going wrong increase because air bags and all the associated components age (and wear) over time, too. The bag might not work at all. Or it might “work” when it shouldn’t – like when you’re driving down the road at 70 and it just goes off. This has actually happened and more than once. 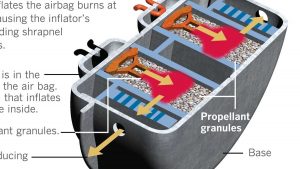 With pre air-bag-equipped cars, you never had to worry about any of the above – even if the car was 20 or more years old.

Granted, air bags can and do “save lives.” But given that they can also take them, given that there are other costs associated with them – including replacement costs so high as to make an otherwise sound older car economically unrepairable in the event of a crash – I think it’s outrageous that we’re forced to buy them and not allowed to disable them. I italicize that word to emphasize the point. Who are these people – in government, I mean – to force on us potentially (and often actually) dangerous anything?

I would have no issue with air bags if they were simply made available to people who freely chose to buy them – like lawn darts (for those who remember). But the mandates sticks in my craw for the same reason that forcing people to buy lawn darts would.

Okay, back to your question! 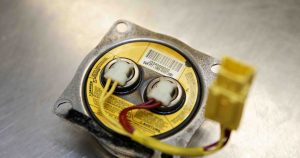 First thing: While I am all for disabling the bag – it’s your vehicle and it’s certainly your life to “risk” (as Clovers style it) be aware that it’s illegal – yes, really – and that if you do so and they notice you’ve done so (via the “SRS” or “air bag” light coming on and staying on or not coming on at all) when you take your car in for saaaaaaaaaaaaaaaaaaaafety inspection – they’ll fail it.

Doesn’t matter that the car is safe.

In the sense that there is nothing mechanically unsound that would increase the chances your losing control and wrecking – such as bad brakes or bald tires.

So, if you live in a state that requires saaaaaaaaaaafety inspections, you’re stuck – unless you can rig it so that the “SRS” or “air bag” light illuminates when the car is first started and then goes out after start-up.

The inspector will check for the light.

Second: Leaving aside the above, the air bag in your car may be on a circuit with other accessories and probably is – to thwart what you want to do. Cutting power to the air bag by pulling a fuse may cut power to other things, in other words.

The sort-of good news is that – as you already know – your car is covered under the Takata recall (see here). Toyota – your dealership – will replace the bag(s) in your car with new ones, no less dangerous but at least not defective, at no cost to you. 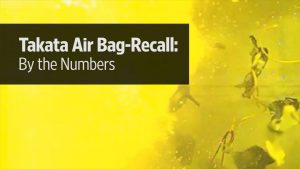 Something like 40 million cars are “affected” – and it is going to take probably ten years to recall and fix them all. In the meanwhile, people who own these cars are forced by the same government which mandated these saaaaaaaaaaaaaaaaaaaaaaaaaaaaaafety devices to drive around in cars known to be very unsafe. These bags can – and have – “deployed” in the same manner as the Claymore mines that take off soldiers’ legs in wartime. They spew shrapnel at high velocity in random directions.

In cars where there’s no fuse to pull, it would be necessary to install a switch to cut the airbag(s) out of the loop. 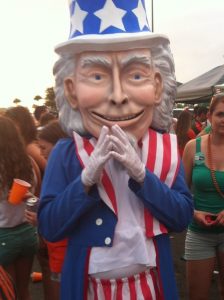 But the government – so very concerned about your saaaaaaaaaaaafety – will not permit this. Your Toyota dealer would be in deep trouble if it did anything to “defeat” the air bags – notwithstanding the fact that they are known to be both defective and dangerous.

Takata – which made the defective bags an supplied them to the manufacturers of all those millions of vehicles – has been sued into ruin, as it deserved to be.

But what about Uncle?

The government – which forced these in-car Claymores on the public and now refuses to allow the public to even temporarily disable them, effectively forcing the owners of these defective and dangerous vehicles to continue risking their lives?

But you can’t sue Uncle – he’s got sovereign immunity.

Too bad the victims of air bags – past and future – don’t enjoy the same privilege.