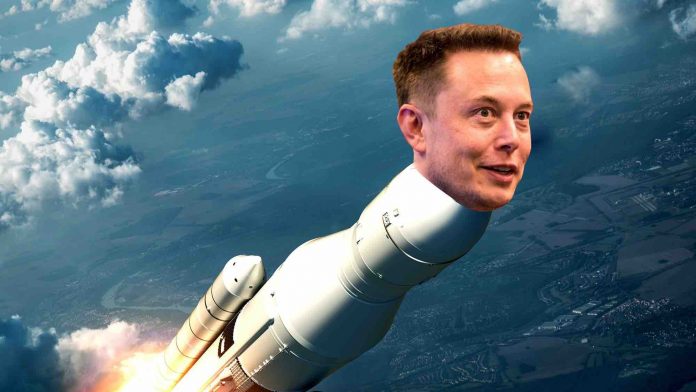 For that, he needs the help of Uncle. He needs “zero emissions” sales quotas and carbon credits. Most of all, he needs subsidies – IV access to the taxpayers’ wallets.

In a statement late Friday night, Elon Musk, the electric-car maker’s chief executive, said he and the company’s board had concluded that they would not turn Tesla into a privately owned company.

The move halts a process set in motion by Mr. Musk in a Twitter post on Aug. 7. The reversal is the latest upheaval for the company, which has struggled with production challenges for its first mass-market car, the Model 3.

“I knew the process of going private would be challenging, but it’s clear that it would be even more time-consuming and distracting than initially anticipated,” Mr. Musk wrote in a statement that Tesla posted on the company’s blog shortly after 11 p.m.

“After considering all these factors, I met with Tesla’s board of directors yesterday and let them know that I believe the better path is for Tesla to remain public,” he said.

In a separate statement, six of Tesla’s directors said that at the meeting, Mr. Musk “reported on the work he and his advisers have been doing in connection with this effort.”

“Elon communicated to the board that after having done this work and considered all factors, he believes the better path is to no longer pursue a transaction for taking Tesla private,” the directors said in the statement.

They also affirmed their support for Mr. Musk’s leadership. “The board and the entire company remain focused on ensuring Tesla’s operational success,” they said, “and we fully support Elon as he continues to lead the company moving forward.”

[Mr. Musk spoke about the “excruciating” toll the last year has taken on him. “I’ve had friends come by who are really concerned.”]

A Tesla spokesman declined to comment Friday evening beyond what Mr. Musk and the board members said in their statements.

Mr. Musk’s announcement on Aug. 7 that he was considering taking the company private so dumbfounded investors that trading was halted pending a fuller statement. Tesla’s stock eventually climbed to about $380, but it closed Friday at $322.82 — far short of the $420 price that Mr. Musk said would be paid to those surrendering shares in the transaction.

His initial tweet, made without his alerting his board, said he had “funding secured,” but it turned out to be far less certain. What followed was a two-week whirlwind in which Mr. Musk faced inquiries by the Securities and Exchange Commission and consternation from his own directors.

Mr. Musk went on to explain his thinking in a letter to employees, a blog post and an emotional interview with The New York Times. He expressed frustration with the demands of operating a public company, including the quarterly reports that he said incentivized shorter-term thinking.

But in the blog post Friday, he said that given the feedback he had received, “it’s apparent that most of Tesla’s existing shareholders believe we are better off as a public company.”

He continued, “Additionally, a number of institutional shareholders have explained that they have internal compliance issues that limit how much they can invest in a private company.”

On Aug. 14, the company announced that its board had created a special committee to review Mr. Musk’s proposal, stressing that it could give “no assurances” that it would be accepted.

Mr. Musk wrote on Friday that “although the majority of shareholders I spoke to said they would remain with Tesla if we went private, the sentiment, in a nutshell, was ‘please don’t do this.’”

In the Times interview, he told of being physically exhausted and using sleeping pills in the past year while working 100 hours or more a week at times.

Directors in recent days have told Mr. Musk to curb his Twitter use, according to people familiar with the matter.

The statement from Mr. Musk that Tesla would remain public was announced on Twitter by the official corporate account. There was no immediate activity on the chief executive’s personal account, which he had used to reveal his thoughts about going private and has employed regularly to spar with critics and investors who have bet against Tesla, known as shorts.

In his statement, Mr. Musk indicated discussions with Tesla shareholders and with hastily enlisted advisers on the deal — the investment banks Goldman Sachs and Morgan Stanley, as well as Silver Lake, a technology investment firm — led him to give up on the idea of taking his car company private.

He also noted that there was “no proven path” for most individual investors to stay with the company if it became a private concern. Mr. Musk wrote that he continued to believe “there is more than enough funding to take Tesla private,” although neither he nor the company detailed where the money would come from.

The decision to remain publicly owned resolves perhaps the most burning issue for Mr. Musk and Tesla, but many others continue to dog them.

The company has never reported an annual profit since its founding in 2003. Tesla has been striving to produce at least 5,000 Model 3 sedans a week, the level at which it can turn a profit, according to Mr. Musk. It has said it reached that level in recent weeks, although it has taken some extreme measures to do so.

The company has been running its assembly lines around the clock. It has also built a third production line in a gigantic tent outside the walls of its car plant in Fremont, Calif. — a tactic most auto-manufacturing experts have never seen before.