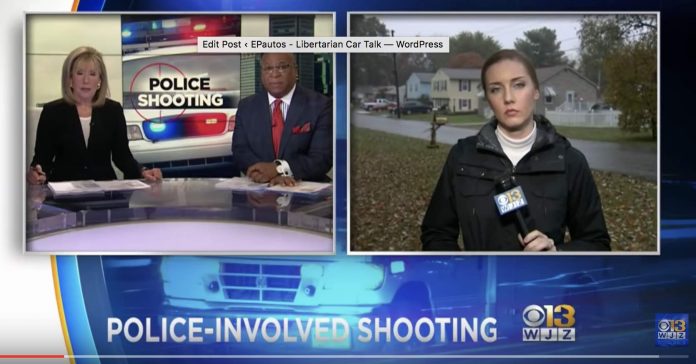 The other day, a Maryland man in his 60s was shot to death by armed government workers in his own home. The man had not been charged with any crime. He was not even suspected of having maybe committed one.

So why did the Hut! Hut! Hut! squad show up at this man’s home?

A “Red Flag” order had been issued from a judge, ordering him to hand over his lawfully owned firearms.

And all that is necessary to trigger the write which leads to the Hut! Hut! Hutting! is for “someone” to claim that a person “could be a threat” to himself or others; that they are “concerned.”

A writ is issued – and the Hut! Hut! Hutting! routine commences.

For some reason the man took umbrage at having his property taken at gunpoint by AGWs based on a writ issued by a judge based on no-one-knows-exactly-what.

A scuffle ensued – and the man ended up dead.

A man who was minding his own business, in his own home. A man not “wanted” for anything at all.

He was murdered by AGWs because of a feeling expressed by . . . someone  . . .that he might be a “threat.” Not an actual threat. Not a fact.

It is precisely the same tactic routinely used to justify the metastasizing police state since 9/11 – and this represents a logical escalation.

AGWs assert that they feeeeel threatened – and it is taken as equivalent to actually having been threatened.

It also represents the means by which civilian disarmament will proceed – and regardless of laws on the books that (supposedly) protect their right to keep firearms in their own home.

Red-Flagging is an end-running of those laws. It is fiat gun control – exercised by a bureaucratic apparat frustrated by its inability to get laws changed.

Now, the law can be ignored.

A disgruntled ex-wife can call down the rain of Hut! Hut! Hutting! Or a “health care professional” – now an adjunct of the government, courtesy of Obamacare. Don’t agree with the doctors advice? Decline to accept the treatment he advises? You are “recalcitrant,” “defiant” and – here it comes – a “danger to yourself and others.”

All it will take  is for them to “say something.”