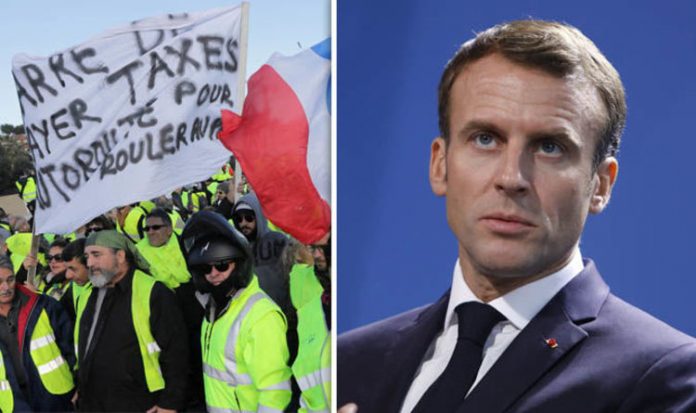 They’re rioting in France over the government’s imposition of artificial fuel scarcity.

There’s no actual shortage; the country – the world – is swimming in fuel, courtesy of new discoveries and new extraction techniques.

Parisians just can’t afford to buy it because of French President Emmanuel Macron’s “hydrocarbon tax” regime – specifically designed to make fuel unaffordable, as a compensatory measure to correct for its abundance and the low prices that would otherwise be the case. 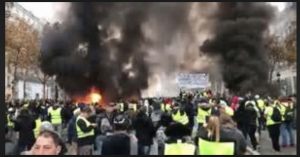 Adjusted for inflation, the cost of gasoline is less in real terms than it was in 1965. And a huge chunk of the cost today is taxes – about 50 cents per gallon. Take that away and gas would only cost about $2 per gallon.

Diesel fuel – despite the add-on costs of having to refine it to the nth degree in order to achieve compliance with federal Ultra Low Sulfur fatwas – is also very affordable, about $2.60 per gallon.

This, of course, is a big problem for the getting-people-out-of-their-cars agenda. Of which Macron (the Beto O’ Rourke of the French) is a leading avatar.

Which agenda had pinned its hopes on the perception of naturally rising fuel prices (also artificially created, via the withholding of oil) as the nudge they needed to get people to give up their cars voluntarily.

But the Peak Oil that’s been promised – threatened – for more than half a century never peaked.

Worse – from the standpoint of those who want to get-us-out-of-cars  – is that the opposite has happened. More oil has been found. Oceans of the stuff. So much oil has been discovered that despite a more than doubling of worldwide demand, supply has increased even faster.

This has eliminated the excuse for all the government-imposed austerity measures of the past 50 years – everything from the “Drive 55” water torture we endured from the mid-1970s until the mid-1990s to the Corporate Average Fuel Economy fatwas that are literally destroying the car industry.

And the disappearance of that excuse is an obsidian dagger pointed at the heart of the Electric Car Agenda, which is really an anti-car, anti-mobility agenda. The object is to get people out of their cars. To get them under control. EVs are just the shuck-and-jive used to gull the modern-day version of Lenin’s useful idiots. 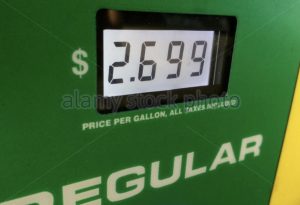 Bottom line: If fuel is plentiful then there is no reason for “alternatives” to it.

At least, no reason for most people to freely give up their affordable, quick-to-refuel and long-ranged non-electric cars in favor of expensive, takes-forever-to-recharge and range-gimped EVs.

And this is the reason for the hysteria we’re witnessing – from governments like Macron’s as well as ours – attended by the courtier press, which sings the “climate change” chorus at top volume, to drown out the problem of cheap, abundant fuel.

And for Macron’s “hydrocarbon tax.”

It has caused the price per liter of diesel fuel in France to swell by almost 25 percent over by the past year, to about $7 per gallon as of late November. This is a very big deal in France because more than half the passenger cars on the road are diesel-powered.

They became so popular because of artificially rising gas prices. The French government, like other European governments, has been imposing haltingly regressive taxes on gas for decades. 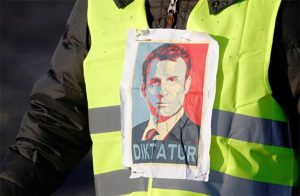 Now, it’s diesel that’s in the crosshairs – precisely because it is abundant, efficient and affordable.

And it’s not just the fuel, either.

This, of course, renders those cars – several hundred thousand of them – useless to their owners, who will not be compensated for the regulatory taking. Instead, they will be nudged to become parasitical upon their fellow Frenchmen, by partaking of subsidies for  . . . electric cars.

Until, of course, those become the object of future bans. Which, rest assured, they will be. Remember: The real issue is mobility. Limiting, controlling and denying it – to average people. 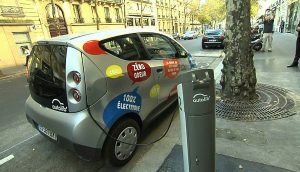 Never, of course, to the elites. Macron will have all the diesel and gas he likes. Paid for by those who can no longer afford it themselves. Saving on fuel can be tough but never when you have them.

All IC powered cars (diesel and gas) will be prohibited from operating in the French capital beginning in 2030 and a ban on their sale in the whole country goes into effect in 2040. Similar measures are either in process or already on the books in other European countries, including the UK and Germany.

And this is why there is such unglued hysteria – displayed by the car companies and the government – for electric cars here, too.

Major automakers headquartered in Europe such as Mercedes-Benz, BMW, Volvo, Renault, VW/Audi, Jaguar/Land Rover and Alfa have had their businesses shut down by regulatory edict. 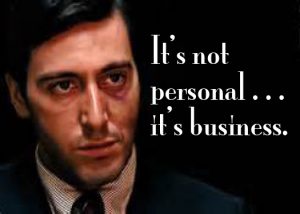 They will go electric – or they will not go at all.

And because of that, so will we.

Even if Uncle doesn’t impose no-driving/no IC fatwas and/or confiscatory fuel taxes, the rip-tide effect of what is going on right now in Europe will almost certainly drag us along.

Consider: Half of the world’s major car companies have “committed” – that is, been forced to accept – an all-electric future because of what is going on in Europe. They aren’t going to continue investing R&D money into the development of a separate line of non-electric cars, even if they are still allowed to sell them here. So they will sell electric cars here and – having embraced the tar baby – push for mandates that they be sold and for subsidies to help sell them.

GM and Ford will do so also – have already committed publicly to the same agenda. In part because they can’t afford to not sell cars in Europe, which are huge markets for them both.