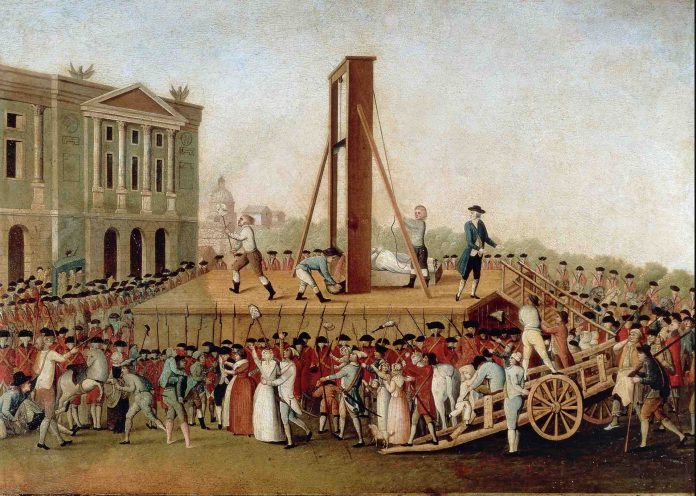 The French would be in the streets.

Of course, they are in the streets – but that’s in France. What about here? General Motors just announced it will be closing five plants and firing about 15,000 people – and that’s probably just for openers.

This, by itself, isn’t cause for pitchforks.

Companies sometimes have to lay people off – because sometimes, people aren’t buying what the company is selling. Even when this is the result of mismanagement, it’s a normal part of life in a free economy. 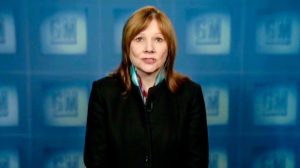 But GM used the government as its personal Luca Brasi to mulct taxpayers – including those people GM just fired – to the tune of $33 billion back in 2009 – so that those jobs would be saved.

That, at any rate, was the alleged basis for the bailout.

Now GM is cashing out – and that is cause for pitchforks.

The money that GM will save by not paying those 15,000 workers – and not building those cars – won’t be refunded to the taxpayers whose generous, at-bayonet-point “contributions” made it possible for GM to keep its doors open. The money will be pocketed by GM – including CEO Mary Barra, whose annual compensation package amounts to in excess of $21 million. She is the highest-paid CEO of any car company and heads a company that is losing market share, contracting its operations and firing its employees en masse.

She will probably give herself a raise – for making GM more “efficient” and giving it the “flexibility” to ” . . . increase the long-term profit and cash generation potential of the company.”

She means cash generation for herself and other executive class-insiders, of course.

Barra is also aggressively tub-thumping for more taxpayer bailouts – in the form of a continuation in perpetuity of the $7,500 per car federal tax subsidies given to float the “purchase” of otherwise unsaleable electric cars. These are set to expire at just the moment that GM (and not just GM) is ramping up production of these EVs almost no one wants – or at least, which almost no one would buy if they couldn’t offload some of the purchase cost onto the backs of someone else. 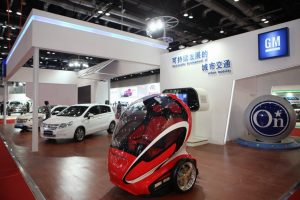 Barra and GM also insist that federal fuel economy mandates not only remain in force but be raised, per Barack Obama, to almost 50 miles-per-gallon by model year 2025.

In the name of “sustainable development” and “urban mobility” solutions – GM’s new catchphrase in China, where it sees a glorious future for itself – funded by plant closings and layoffs here.

At the same time, she says GM will “focus” on building trucks and SUVs – vehicles that stand as much chance of achieving 50 MPG as OJ Simpson has of beatification by the Pope in Rome. The latest GM truck – the 2019 Silverado 1500 series – actually gets worse mileage than the outgoing 2018 model. The V6 version’s mileage is down by about 3 MPG vs. the 2018 with the same engine; the 2019 V8’s mileage is down by 1 MPG. 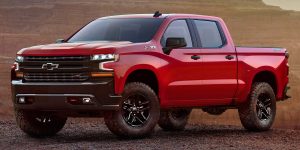 The only way a full-size truck is ever going to average 50 MPG is down an elevator shaft – engine off, transmission in neutral.

Yet Barra is betting the house on a class of vehicles which cannot comply with the onerous regulations she champions. And most of the cars which stood a chance of surviving in a 50 MPG fatwa’d, small-carbon-footprint world have been cancelled, per Barra. What will GM fall back on when the Jenga tower collapses about five years from now?

Barra and GM probably think they can sell trucks and SUVs with the cost of EVs folded into their prices – which will continue to rise like a Weimar Mark. The manufacture of lots of EVs will help with the CAFE math (one EV that uses no gas at all plus one SUV or truck that uses a lot of gas averages more than two SUVs or trucks that use a lot of gas) and government mandates and subsidies will help with the EV math. Specials and the goods of the great production can be found here. 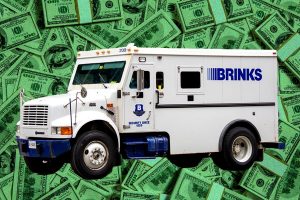 The whole hideous business is a textbook case of socialism for the rich –  the (ahem) free market for everyone else; the impolite but accurate way to describe what most textbooks politely but far-from-accurately call a “mixed” economy.

While Barra puts on her weight belt so as to not hurt her back hauling her $22 million from the Brinks truck, those 15,000 fired people and their families ( doubling if not tripling the number of people affected by this) will have to figure out how to pay the rent, the electric bill and feed their kids. Many will go on the dole – and who will pay for that? 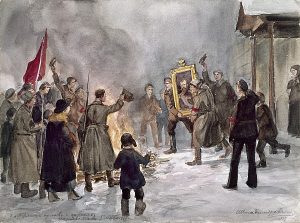 The mass firings were announced – without warning – the day after Thanksgiving and just in time for Christmas.

It’s the sort of thing that led in the past to guillotines and Red Octobers.

Will it lead to the same things here? Not unless Americans can be roused off their sofas and pulled away from their TVs and “the game.”