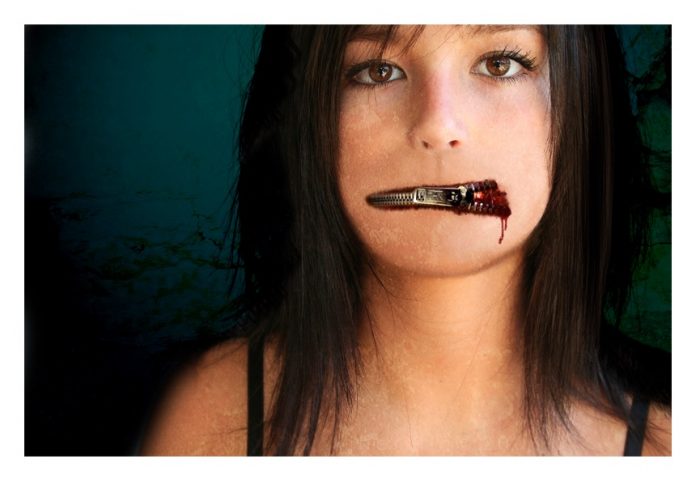 Libertarians – me included – have wrestled long and hard with this one: Is it censorship when private entities do it?

No – not in a legal sense. Because these private entities do not have the power to forbid publication, per se.

But they do have the power to suppress (and even to punish) publication when the entities at issue effectively control the means of publication – and so it amounts to the same thing as censorship. 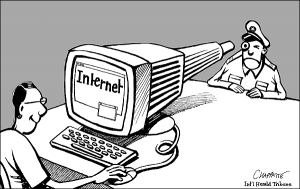 It may even be worse, since one can always get around government censorship (see, for example, the underground Samizdat press in Tsarist Russia or, later, the anti-communist press in East Germany and Poland).

But how does one “get around” private control of the all-encompassing Internet and related “social media platforms”?

There is no alternative Internet – nor is one (given present technology/infrastructure) even conceivable, regardless of one’s financial ability.

Suppression of speech via private entities is a new – Internet Age – issue.

Before the Internet, a relative handful of media organs – the big chain newspapers and their wire services, the three major TV networks – dominated the media. But it was perfectly possible to publish outside of their control and without legal or financial repercussions.

They could not prevent you from publishing.

One might start out with leaflets or with a small-scale newsletter. One could also conceivably launch (or buy) an existing newspaper or magazine and secure advertising based on circulation.

While the majors did control the preponderance, they did not control everything and the key point is there was always the possibility that an upstart newspaper or magazine or TV station would upend their proverbial applecart. May did so.

There are several examples:

In print media, there is – well, was – The Washington Times (where I once worked as an editorial writer and columnist) which established itself as a counterpoint to the very establishment, very left-liberal Washington Post – and on the Post’s very turf. There were boxes selling the Times on the same streets where there were boxes selling the Post. 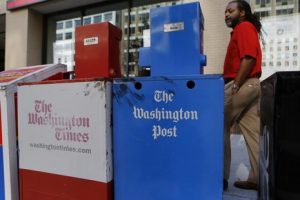 All that was necessary was someone willing to invest in the physical resources – the building, press equipment and so on – and pay a staff to produce the thing. In this case, it was Rev. Moon. Critics have always used that fact to browbeat the Times – but the point is that anyone with resources and the desire to do so could launch a large-scale paper outside the orbit and control of the major establishment media.

In radio, there still is Howard Stern – who utterly changed the nature of talk radio.

Whether you like the changes he forced is immaterial. He was able to do it because he wasn’t prevented from doing it, is the point. All it needed was a station willing to hire him – and to broadcast him. 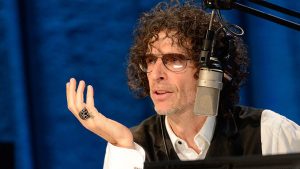 The airwaves weren’t closed to him.

On TV, there’s Fox News – and also CNN, even. Both started with almost nothing and became – if not everything – a very big something. Each was able to carve out a new niche – eventually, quite large niches – on the almost limitless and available space that had opened up on the new medium of cable. And which was open to anyone with the means and willing to make the investment.

Entry wasn’t free. But there was a free market.

No one was legally prohibited from publishing by government edict, which would be the technical/correct definition of censorship. 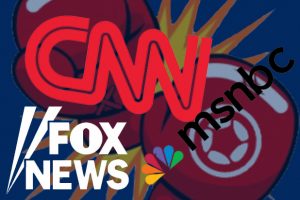 And none were prevented from publishing by private entities which had it in their power to make it impossible for them to publish because they controlled every medium of publication.

ABC and CBS and NBC could not prevent Fox and CNN from launching new cable TV channels.

The government did try to censor Howard Stern – via the Federal Communications Commission – but Howard was able to end-run government censorship by moving over to satellite radio.

Today – in the Internet Age – things are very different. 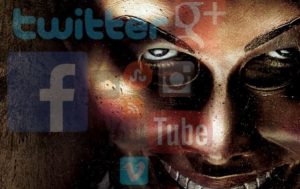 A small handful of interlocking privately owned mega-corporations have the power to suppress publication (more here) of any point of view – written, verbal or visual – they dislike by dint of their control over the medium of its dissemination, the Internet and related “social media platforms.”

One cannot buy a new Internet to compete with the existing – and only – Internet.

One could launch new “social media” venues – and heretical voices (these include Joe Rogan, Adam Carolla and my friend Tom Woods) have gone Podcast as a way to end-run the corporate control over Internet publishing. 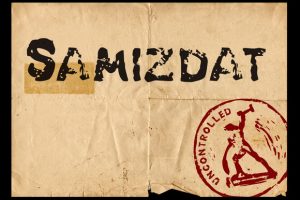 This latter thing is a very ominous development.

Podcasters – and contrarian web sites – have been able to survive in the emerging neo-Stalinist digital gulag by relying on the direct support of their audience, which does so via online payment mediums (PP, etc.). But these have recently begun cancelling the accounts of publishers they deem “offensive or who have “violated” inscrutable “terms of service,” which are never clearly defined but amount to – If we decide behind closed doors that we don’t like you we will stomp you and will do so at any time, at our pleasure and without ever telling you exactly why. More on this here.

There is no Internet Samizdat – nor can there be. There is just the Internet, which is the only known means for the dissemination of information in the digital age.

There is also the fiction that the handful of entities which effectively control it and all the critical peripherals – which includes both “social media” and online advertising and online payment mechanisms-  are private and so we can’t – as Libertarians – object to their machinations.

They may be privately owned, but so is Tesla – and it is very Libertarian to object to the rent-seeking and crony-capitalism of Tesla. Because Tesla – and the online entities under discussion – leverage the government for their private gain.

Where, after all, did the Internet come from? Was it the privately-funded creation of Goo-gul? Or did Goo-gul, et al, exploit what the taxpayers had been forced to finance the development of?

At the least, we are due some kind of refund.