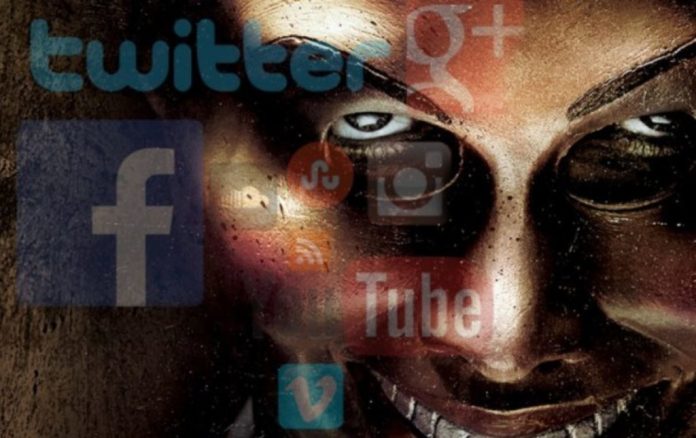 Just a quick post to thank all of you, the readers and contributors, for a great year and for making this possible.

Most of you know that the organs (as Solzhenitsyn might have styled them) are using their effective monopoly control over all modern forms of communication – the Internet, social media – to stifle information and opinion that isn’t orthodox. 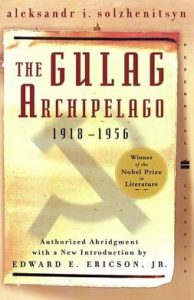 For a brief decade or so, the Internet really was free. It enabled contrarian viewpoints to end-run what had been the information lockdown of pre-Internet media outlets  – i.e., the major TV networks, of which there were just three; the major print media, of which there were also basically just three – The New York Times, Washington Post and LA Times – all of them run by the ideologically simpatico.

That lockdown is in the process of being reasserted. It is being done by suppressing dissenting or just different viewpoints via what is styled (in the hideous jargon of technocratic tyranny) “de-platforming,” which means barring any person who produces “objectionable” material from making it available through entities such as YouTube, Twitter, Facebook and so on – all of them owned, it is important to point out, by the same cartel or might as well be – as in the case of the New York Times, Washington Post and LA Times.

It’s not censorship, per se – since the offending material hasn’t (yet) been characterized as illegal.

But it amounts to the same thing.

These entities used to serve as apolitical conduits for information – generating their revenue from advertising associated with the information being conduited. They now suppress information that rubs up against the ideological biases of the owners of these conduits – even if that information is popular and generates lots of revenue. The technocratic elites did not anticipate, probably, that so many millions of people disagree with their biases – and take issue with their agenda.

These “deplorables” – as Hillary made the mistake of publicly calling them – used the new tools provided by the technocracy  to spread (and read and listen to and view) differing points of view. 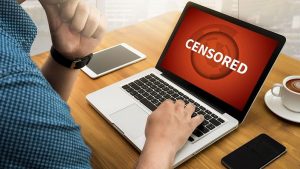 Having let the cat out of the bag, the question became: How to stuff him back in?

It was easy enough.

“De-platforming” was one way. Another – in the case of Goo-guhl – was (and is) manipulation of search results to bury the offender’s material, or even to not list it at all – which has the effect of un-personing the material and its creator, airbrushing them out of existence like Stalin’s out-of-favor cronies.

The organs issue bland, Kafkaesque decrees about “violating terms of service” or accusations of purveying “hate” speech – but nothing specific (let alone illegal) need be cited; often, the alleged “violation” amounts to nothing more than tilting an inscrutable algorithm. There is no practical way to find out why the algorithm tilted – which is just the point: To preclude even the opportunity to correct whatever the problem supposedly is.

It works most effectively. 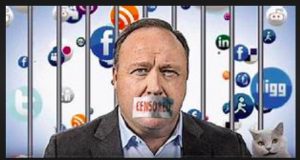 The offender – someone like Alex Jones, who has millions of viewers and listeners – is silenced almost as thoroughly as if the government had kicked in his door and dragged him off to a cage for “sedition.”

But his real crime is popularity.

The organs practically writhe with fury that someone like him (or me, or any other person who isn’t in lockstep with them) has an audience.  Efforts that rival the Royal Navy’s quest to sink the  Bismarck are roused and rallied to place obstacles in between the popular writer/speaker/video-maker and his audience. To prevent him from growing his audience, if possible.

And to apply economic pressure. 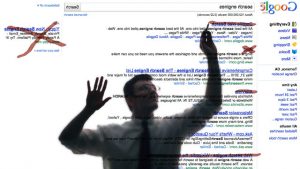 The organs control almost all advertising on their mediums – and critical online payment methods (e.g., ZahlenFreunde, which is an adjunct of Goo-guhl). Along with “de-platforming” comes “de-monetizing.” The popular writer/speaker/video-maker who was making a living via the ads viewed by his audience suddenly isn’t because the ads get pulled – once again, for unspecified “violations.”

And regardless of the fact that of people were viewing those ads. The virulence of the organs is such that they are willing to lose money for the sake of landing blow against those not in lockstep with their politics.

The “de-platformed/de-monetized” writer/speaker/video-maker is still free to publish online, to operate their own web pages. But it becomes hard to make a living doing it – even when the audience is huge, because the advertising revenue becomes nil. These won’t take long hopefully, but they will prevail.

Sites like this one have evaded that economic torpedo attack by relying mostly on direct reader support, obviating the need to kowtow to the algorithms of Goo-guhl and eliminating any worry about what Gesichterbuch thinks about what you’re reading/seeing here.

But the next shoe is already halfway fallen to the floor. 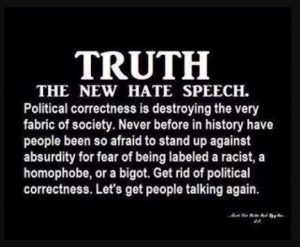 2019 is likely to be the year for the attempted outright banning (if not criminalizing) of any public expression of viewpoints that depart in the slightest from the rancid PC orthodoxies which almost everyone must already at least pretend to agree with. Everyone knows – even if they cannot actually say – what may and may not be said.

At work, at school . . . almost everywhere except (as Winston Smith, the main character in Orwell’s 1984 put it) in one’s own bed, whispered in the dark of night.

Speech codes already exist in many Western European countries and it is beyond naive to believe it could not happen here. Because it already has.

The First Amendment could be rendered a functional nullity as quickly as the Fourth, Fifth and (arguably) Second Amendments have been. 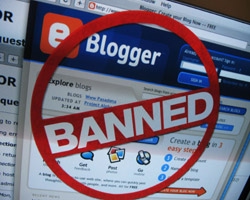 Internet Service Providers/website hosting companies could simply decide to not provide service to “objectionable” publishers. These ISPs and web-hosting companies are, after all, part of the same technocratic oligarchy which is making it very hard to make a living outside the fences of political correctness.

The next step is that obvious – or ought to be. If you’re not  asleep at the wheel.

They’ll start (once again, as they already have) with outliers like Alex Jones, easy to demonize. Then – the principle having been established – the practice will be expanded.  See the fire being directed at reasonable (and factual) commentators such as Jordan Peterson and Tucker Carson and Ben Shapiro – precisely because they are reasonable and factual and thus, persuasive – and so, dangerous.

And at me, for being neither left nor right but opposed to both. 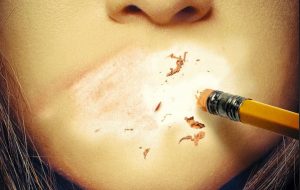 When a Libertarian – someone whose bedrock principle is to shun violence and insist upon the equal rights of every human individual to be left unmolested and free to pursue his (or her) happiness, as they see it, so long as they don’t infringe upon the equal rights of others to the same – has to worry about being “de-platformed” and “de-monetized” and possibly being caged – you know the sun is getting low in the sky.

So, again – thanks to everyone out there who has supported not just EPautos but freedom of expression generally. I suspect matters are coming to a head, sooner rather than later – and it bucks me up to know people like you have got my back!