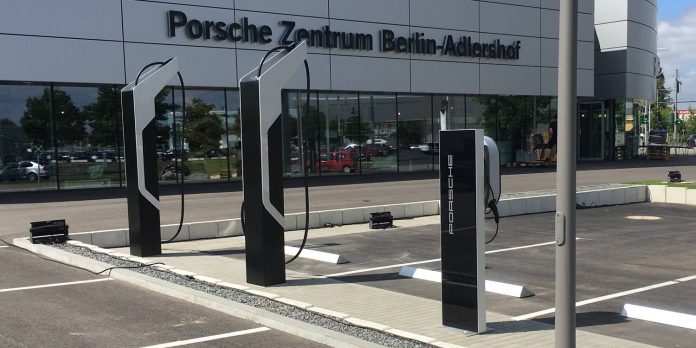 Electric cars continue to cost lots of money – contrary to the now-forgotten original point of the exercise, which was once upon a time to find a lower-cost alternative to gas-powered cars.

That’s gone away because gas is so cheap that – even with all the add-on taxes (about a fourth of the cost of each gallon) and the cost of regulatory mandates (such as the ethanol mandate) that have made fuel both more expensive and less efficient than it would otherwise be – finding a cheaper source of energy is going to take something spectacular, and battery power isn’t it. 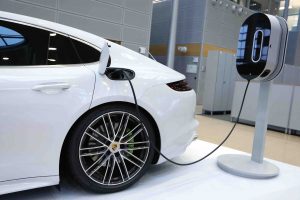 That  inconvenient truth plus government subsidization of high-performance luxury-sport cars that happen to be battery-powered has perverted the incentives for electric car development away from economy and efficiency, neither of which are even discussed anymore – as if it doesn’t matter how much money is thrown on the EV bonfire, so long as the flames burn brighter and higher.

Which brings us to the $70 million “investment” Porsche is making in so-called “fast” chargers for the almost-here Taycan, the company’s first electric high-performance car.

The “fast” in quotes to make snarky about the abuse of language.

These chargers are indeed faster than charging up an EV via a household outlet – which takes half a day or overnight, depending on how flat-lined the battery is when you first plug it in. 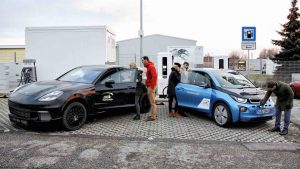 But they are still paralytically slow vs. the time it takes to refuel say a 911 with gas.

These “fast” charger are also located at dealerships, which means having to go to the dealership – and then wait at the dealership – while your very quick but very long to get quick again Taycan gradually reboots itself.

Better hope there isn’t a line…

One of the many problems no one’s talking about with regard to this electric clusterfuck is recharge stall (or parking spot) throughput. 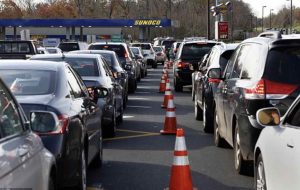 It’s one thing when EVs are a curiosity, and there are just a handful of them in circulation – as is the case now.

Then, it’s enough to have say six spots for recharging at the dealership.

After you, kind sir! 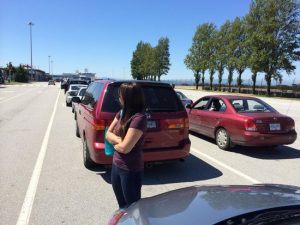 But what happens when there are hundreds, thousands, tens of thousands of EVs with wilting batteries looking for an umbilical at the same time?

Imagine a typical gas station, which usually has pumps enough for six or more cars to fill up at once – but instead of each car taking five minutes or less to do that, each sits at the pump for at least 30-45 minutes before the next car can get a turn.

That is a throughput problem.

And it ought to be alarming, if people thought about it – but to think about it, they’d need to be aware of it – and the people aren’t because no one’s telling them about it.

A 30-45 minute “fast” charge could easily end up being 2-3 hours, depending on whether you’re third or fourth in line. Hopefully, they will have a nice waiting room, with fast WiFi. 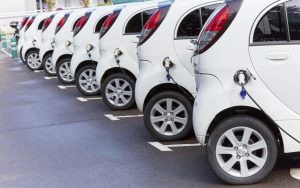 Or will each Porsche store – will every EV store – build out a recharging facility to accommodate the equivalent of the number of cars that stop at a gas station for a fill-up each day?

Every hour of the day?

If not, how does this work?

Without the country’s transportation system grinding to a halt – albeit silently (electric cars don’t grind)?

Porsche says the length of recharging will be reduced via 800 Volt chargers. Aber, that requires serious electrical work – most houses have 240V, max –  and so it isn’t going to happen at the household level absent building what amounts to a mini substation/transformer at each house. It is not too much of an exaggeration to state that what would be necessary would be not much different than installing underground tanks and high-volume fuel pumps at everyone’s house. And then sending a tanker truck out every so often to top off those tanks. Or maybe just run a line direct from the refinery. Soon they will develop somehow but in what direction we don’t know, but we know they will save us more.

Convenient, sure – but not cheap. 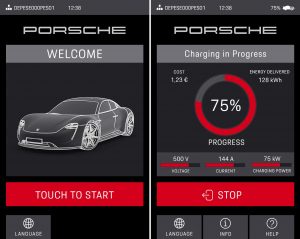 More money on the bonfire.

Porsche – which is part of the VWAudi combine – has had to don a very expensive hairshirt, its penance for “cheating” Uncle by building and selling efficient, affordable diesel-powered cars that didn’t have any of these gimps – but did “emit” a fraction of a percent more than the arbitrarily allowable percentage of certain exhaust byproducts.

Which is an unforgivable crime in the eyes of Uncle, far worse than harming anyone.

Never mind that the cars were functionally brilliant – some could go 700 miles on a tank and of course only needed a couple of minutes to refuel – and none required bonfires of other people’s money to keep them going.

They “cheated” – which is very much like characterizing the guy who “blew” a .04 on a roadside Breathalyzer test as a “drunk” driver. Hang ’em high! 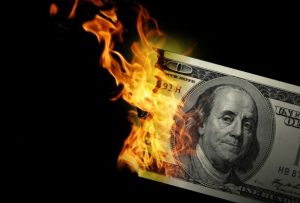 Porsche may be “investing” $70 million in a fraction of the “fast” charging stalls that will be necessary to support a fleet of electrified exotics, but the parent company – VW/Audi – is going to hemorrhage $2 billion into the project.

Whom do you suppose gets the bill for that?

If you said – the buyer of the electrified Turducken, you’d be correct, sir (as Ed McMahon used to say). But only partially. While Porsche – and the other companies leaping like lemmings over the EV cliff – will necessarily have to fold the cost of all these “investments” into the price of their electrified offerings – a portion will also be funded by you, even if you never warm the seat of an electric turducken.

Your tax dollars will be at work.

Porsche North America CEO Klaus Zellmer says “Electrify America (this is the government mandated hairshirting VW/AudiPorsche was forced to finance as part of the squealing “deal” it made with the government) and our Porsche dealer network will provide a national infrastructure for DC fast-charging that frees future Taycan owners from range anxiety.”

But he really ought to tell them about the wait.