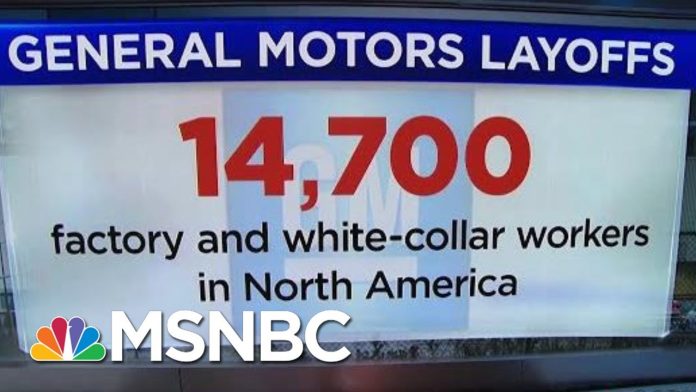 Here’s something interesting that hasn’t been much talked about – if at all:

The massive layoffs GM announced this fall – about 15,000 people – is more massive and more people than GM pink-slipped back in 2008, when it just barely avoided going bankrupt by stuffing both of its hands into taxpayers’ pockets, while Uncle held a gun to their head.

At that time, it announced it would be getting rid of 10,000 workers.

Is GM in trouble again?

Cadillac certainly is. GM’s marque brand has had three bad years in a row. Chevy isn’t so healthy, either – else it wouldn’t have been necessary to pink slip most of its passenger car lineup, including the Cruze, Impala and the luckless Volt – which was the one electric car that didn’t suffer from range/recharge time problems because it carried around a small IC engine to generate power as-you-go.

Even Chevy trucks are looking a little green around the gills – as the Dodge Ram makes unprecedented headway against what had been – very securely – the second-best selling 1500 series pick-up on the market, after the Ford F-150. 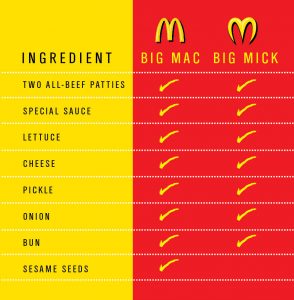 GMC makes as much sense as having a McDowell’s restaurant right next to the McDonald’s restaurant. Its models are all rebadged Chevys – or slightly less gaudy Cadillacs, depending on your perspective. But mechanically almost identical, or close enough to make the duplication of effort . . . dubious.

Buick? It remains a going thing only because Buicks sell well in . . . China. The Chinese being nostalgic for American culture of the postwar era (before we slipped into the postmodern era).

But  Buick here are – like GMCs – caught in a branding Twilight Zone in between the basically-the-same-thing Chevys and the slightly nicer Caddys.

GM arguably has 50 percent too many divisions – marketing arms, really. No other car company sells its cars four different ways.

But the potentially fatal wound will likely prove to be GM’s lunatic embrace of electric cars. 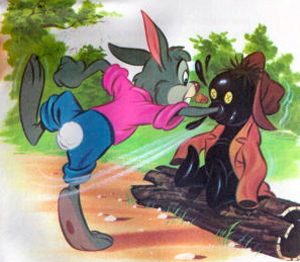 It couldn’t sell the Volt – an EV that could be driven just as far and just as easily as any other car and refueled just as fast, too. But – like all EVs – it cost too much. GM couldn’t offload them even by discounting them heavily – at one time, offering $200/month leases – and notwithstanding the subsidies and tax breaks.

So what does GM do? It commits billions to “electrifying” most of its model lineup, especially Cadillacs. Because if you can’t sell a $35,000 Volt that isn’t crippled by short range and long recharge time, you just know the market is dying for a $50,000 electric Cadillac beset by the very same problems.

One wonders how those 15,000 pink-slipped employees feel about that.

Also the American taxpayers who were forced to resuscitate GM – they were told they were saving American jobs – now witnessing many of those jobs going away. All the while, GM uses the money it saved – which it would never have had, were it not for the bailout – to quietly build its business in China.

This is not unlike loaning your broke brother a sum of money – in order to avoid the power company turning off his electricity – and finding out later that he used the money to throw a party for some friends of his, or buy himself something (cue Eddie from National Lampoon’s Christmas Vacation) “real nice.”

The difference, being, of course, that Eddie didn’t shove a gun in Clarke’s back to get the payday.

Where’s the outrage – especially on the Left, the “party of the working man”?

Where is Michael Moore?

Apparently, it is ok to mulct the taxpayer to finance the offshoring of American business to China.

Barra gets a pass.