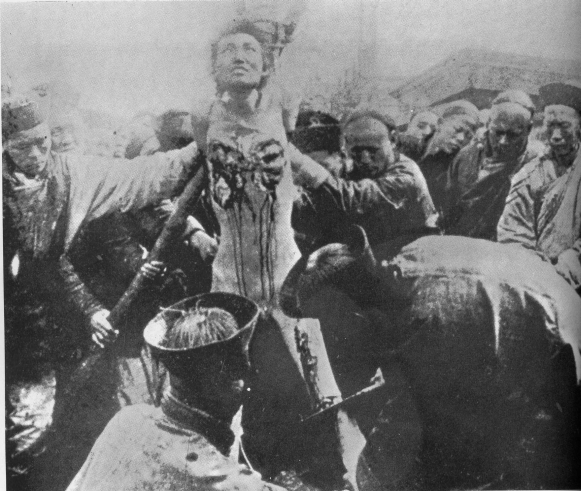 In Medieval times, supposedly, there was a punishment called “death by a thousand cuts,” designed to make the process as long and as painful as possible. In modern times, the state does what amounts to the same thing to our finances – and thus, to our financial security – via a tower of taxes and fees on everything we do and everything we (supposedly) own.

Consider for instance the annual “registration” fees we (most of us) are forced to pay every single year in return for the privilege of having yet another scrap of government-issued paper in our glovebox (and maybe another ugly little sticker to put on the license plate that we also had to pay for, separately). Here in Virginia as in many other states, the Graspers recently upped the ante to almost $50 a year per vehicle, in perpetuity. By itself – and assuming you’ve only got one car- sending the Graspers another $50 may not seem like a very big deal. But, consider:

You were forced to pay tax on the car when you first purchased it. In Virginia, the tax on the purchase itself is 3 percent. So, if you bought a modestly priced used car – let’s say you spent $15,000 on it – the Graspers will expect you to hand over $450. The hit on a brand-new $32,000 car – something along the lines of a new Mustang GT – would be almost $1,000. (And if that new car gets less than the government-decreed minimum MPGs, there will be a line-item “gas guzzler” tax added to the purchase price of the car. This additional tax can be $1,000 or more piled on top of everything else.)

Next up, title fees. Another piece of paper – another Fee (which is just another way of saying another tax).

At least this is a one-time hit.

Now the registration and tags. This is the gift that keeps on giving. Every year, forever.

To keep the registration up to date – which is necessary, if you wish to reduce the risk of being Tazered by a buzz-cut thug – it will cost you (in Virginia) about $50 per year, as mentioned above. Since most of us keep at least one car most of our adult lives, this will amount to a considerable sum over several decades of vehicle ownership. Let’s say 30 years. Times 50. That’s $1,500. Per vehicle. Double that if you have two. A typical two-car family will thus pay another $3,000 (probably more since the taxes – oops, “fees” – will certainly rise again over the years) to the Graspers in return for a slip of paper and a little sticker for their cars’ license plates.

Oh, and then there’s the annual (in Virginia and many other states) mandatory state “safety” inspection. Time to stand and deliver – again. Another $20 out the window.

And don’t forget your “emissions” tax/test. Not everywhere (yet) and not annually (so far). But in most areas, another trickle of revenue for the Graspers that eventually feeds into a mighty Mississippi of confiscated wealth.

But still, we’re not done yet.

You’ll probably want to drive that car, right? Pay up! Every time you fill up.

The per-gallon tax on gasoline is, on average, 40-50 cents. Even with the massive uptick in fuel prices, regular unleaded would still be around $2.00 per gallon even now – if it weren’t for the taxes. A driver pays about $6 in taxes each time he fills up his average 15 gallon tank. Another couple hundred bucks each year – gone to the Graspers.

Now dollop on the mandatory insurance most states force every car owner to buy.

At the very least – assuming an absolutely unblemished “record” (almost impossible given the ubiquity of radar traps and the growing list of manufactured “offenses”), no claims filed against you and every allowance allowed – there goes another couple hundred out the window . Per vehicle (even though you can only drive one vehicle at a time) each year, every year. I’ve written about the cost of car insurance several times before. Over a driving lifetime, the total amount can add up to tens of thousands of dollars.

You may not have this one (yet) but we do here in the People’s Republic of Virginia. It’s a biggie – and like the registration tax it’s another way the Graspers pick your pockets every year if you own a motor vehicle. The tax is based on the average retail value, so even if you own a decrepit old beater that’s worth four or five thousand dollars, you ‘ll still be hit with a property tax bill of over $100 a year. Owners of later-model, higher-value vehicles pay several times that.

Every year. Forever. Or, as long as you own the thing.

I count eight separate taxes on cars (ownership and use), at least. Is this not startling? Even the IRS only comes around with its hand out (the other on its gun, of course) once a year. But if you own a car – and for most of us, owning a car is an essential – you’ll to open your wallet or purse multiple times each year, every year, for as long you can afford to “own” it. Which may not be very long. Which may be the underlying goal behind all these taxes.

Mobility and the masses – anathema to the element that controls things. If you can move around freely, easily, cheaply – you’re less under their thumb.

Impoverishing us via the debt of a thousand cuts is a very clever (because very subtle) method of stripping us of our liberty. Broke people struggling to earn another dollar so they can hand it over to the Graspers in return for being allowed to work (and the means to work) in order to earn another dollar to give to the Graspers have little time to consider the loss of their liberties – or the growing power of the Graspers. Fish learn to adapt to ever0-increasing concentrations of sewage in the water. People come to accept paying endless taxes to the Graspers. It becomes routine, the way things are.

But that doesn’t make them right.