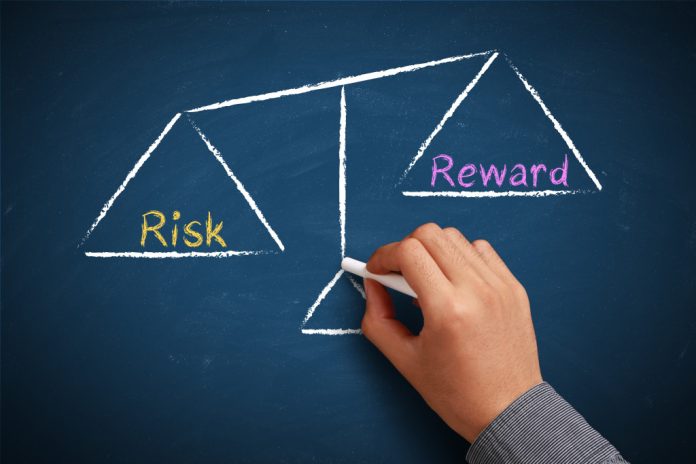 Driving a car that has loose lug nuts is always unsafe.

No one in their right mind would knowingly do it.

Driving a car that might not hold up as well as a tank in a crash – if you have one – is not “unsafe.”

You’ve simply accepted a heightened degree of potential risk – a greater chance of injury in the event you do crash – for the sake of a tangible (and certain) reward, such as better fuel economy or visibility. 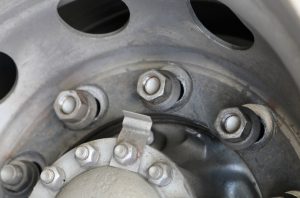 Like a lot of people over 40, I grew up driving cars that would be libeled as “unsafe” by the government, if anyone tried to make them today. The ’74 Beetle I owned while I was in college and for several years after, for example. It would fail every “safety” standard new cars are obliged to meet. From the absence of any air bags to the car’s 1,600 pound curb weight – which was possible because when it was made, cars were not required to have roofs capable of supporting the weight of the car in the event it rolled onto its back.

But one could always see the world outside the passenger compartment – without relying on electronic eyes and proximity sensors – as all modern cars now have. Precisely because the ’74’s designers didn’t have to worry about the car being able to support its own weight when upside down, lying on its roof – a potential risk that actually manifests very rarely.

How many people do you know who have rolled a car onto its roof?

How often do you like to be able to see what’s coming at you?

Rather than focus on designing the ’74 Beetle to survive a possible crash – one made more likely by horrendous visibility problems caused by making it more “crashworthy” – VW designed the car to be less likely to actually crash. By designing it such that the driver had a good view of the world outside.

Particularly to either side – and behind.

The driver was thus less likely to accidentally pull out from a side street and into the path of a car he didn’t see coming – because his view to the right (or left) was not blocked by massive roof supports designed to support the weight of the car if it rolled onto its back. 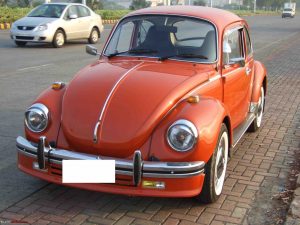 I drove it for years without any harm coming my way. QED, as the expression has it.

That I might have been harmed if I had crashed is certainly true. It is equally true that I might crash the brand-new car I am test driving this week – because of the horrendous blind spots it has as a consequence of being able to support its own weight in the event it rolls onto its roof.

The real difference – ’74 vs. now – is that the cost-benefit (or risk-reward) calculation is no longer ours to make. Back in ’74 – when my old Beetle was new – one had the free to choice to buy it or buy something else. Something larger and heavier – and with air bags, even.

GM and Chrysler both offered them. 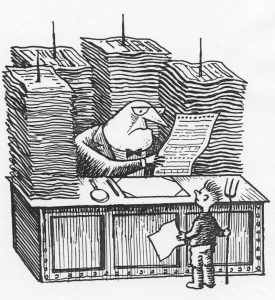 But in that better vanished time, no one was forced to buy them. People were still free to choose.

Today, the calculation is made for us – whether we like the result or not – by people we’ve never even met who have somehow obtained the power to decide for us what is “safe” and what is not “safe.”

According to their subjective standards – and with us assuming the actual risks as well as the costs – and being denied the actual rewards (such as lower cost, higher fuel economy, better visibility and a decreased likelihood of actually crashing) which we might otherwise have enjoyed.

We are encouraged not to think of them as just other people, of course. They are The Government – picture something in tights, with a cape – and we must defer to its superior wisdom.

In fact, the government is just a warren of busybody bureaucrats – some with guns – who justify forcing us to pay their salaries by claiming they are  “keeping us safe” – which they very often fail to do, leaving aside for the moment whether this business is any of their rightful business at all. 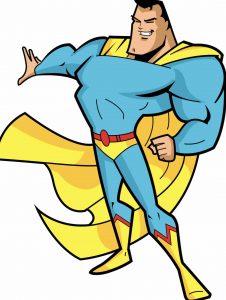 In fact – whether consciously or not – the ululations about saaaaaaaaafety are more about the assertion of power. A pretext in the furtherance of some other object – rather than the object itself.

If this were not the case, that thing in tights and wearing a cape would – to cite a few concrete for-instances – swoop down and remove from the public roads every electric car with a lithium-ion battery, as these are at least twice as likely to catch fire than any tank of gas – and also likely to catch fire again.

He would stand athwart every single car equipped with a defective Takata air bag – and decree their immediate disabling.

There would be no question of allowing autopiloted cars that auto-pilot themselves into bridge abutments or gas trucks on public roads, where they put not only their owners’ safety in objective jeopardy but also the safety of anyone else in the vicinity.

But Superman remains placidly Clark Kent – even when he hears the cries of the imperiled – when to act would run counter to the real objective.