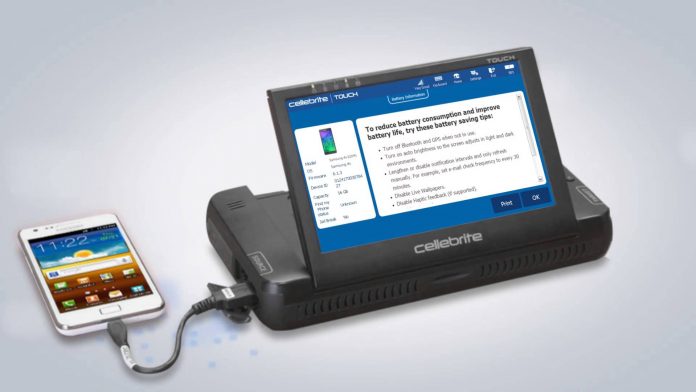 If a man walks up to a woman and places his hands on her body without her permission – her consent –  it is considered at least an affront. If he continues, after she has made it very clear his advances are not welcome, it is considered – rightly and in law  – sexual assault and that man is subject to arrest and criminal prosecution.

Consent is also demanded – in law – when it comes to most contracts. You cannot legally be bound by a contract you never signed, nor by one which you were forced to sign – because duress obviates consent. 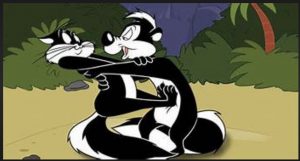 In our cars, for instance.

The doctrine has it that because we asked to be allowed to drive on the government’s roads (“public” isn’t an accurate term; ownership is a function of control. The government controls the roads and therefore owns them) we have given our “consent” to all sorts of things – including being forced to prove ourselves innocent of crimes there’s no reason to suspect us of having committed.

And also to give armed government workers lots of opportunity to find one we may have – including things which aren’t even crimes, such as not wearing a seatbelt – but which entail punishment (and profit).

Of course, we didn’t actually consent to any of this. 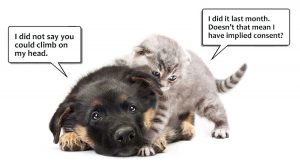 All we wanted was to drive. That is to say, to travel – a thing which used to be a recognized right but which has become a conditional privilege.

If we refuse to consent, force will be applied to us as punishment for not consenting.

How is this not exactly the same thing – in principle – as punishing a woman for refusing to let a man feel her up?

The latest  thing we have apparently “consented” to is the handing over our data to armed government workers, if we’re involved in a crash. The pretext being there might be evidence of our having been texting while driving.

Nevada has a new law in the works designed to officialize this electronic Pepe Le Pewing…  others will almost certainly emulate.

But it’s much more than just evidence of texting they’re fishing for.

It is a general search of your phone, using CelleBrite – a creepy technology developed in Israel to copy everything on your phone and continue copying it – at least until you put the thing under your foot and stomp it to death. 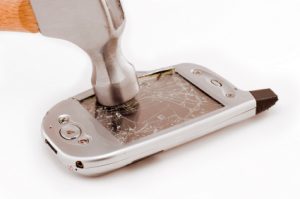 Cellebrite can be used to download the owner’s contacts, web browsing activity, text conversations, stored voicemails, photos, videos and geolocation data that tells where the device (and so, its owner) have been.

And it’s not just cell phones, either.

Cellebrite works dandy on tablets and laptops, too.

If the device’s owner does not consent to this unlimited, non-specific and potentially ongoing search, the law imposes the now-usual “or else,” punishment prior to the establishment of any guilt – the new American Way.

It “… requires the suspension of the driver’s license of a driver who refuses a request by a peace officer to use such technology… .”

“Request” italicized to emphasize the fact that it isn’t one. A request is something you are asked to do but can refuse to do – without repercussions. If the “request” comes with an “or else,” then it is an order. 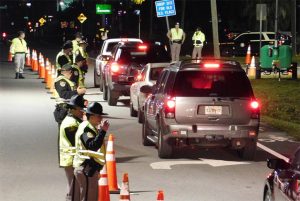 The legal language ought at least to be honest – but that might cause people to think and we can’t have that.

Instead, the language is used to mask the fact and make it go down easier. To provide the illusion of consent.

Just  as we are “customers” of the IRS and “contribute” to Social Security.” A government thug is merely “requesting” that we let him Cellebrite our data.

Alarmingly – well, even more alarmingly – this Cellebrite thing could just as easily be deployed at the random, probable cause-free “checkpoints” we have also “consented” to when we begged for permission to travel.

There is no logical reason why our phones and tablets and laptops ought not to be “checkpointed,” too. Why bother to wait for an accident? Isn’t that why we have these “checkpoints.” 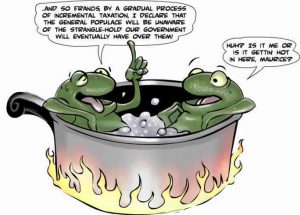 Just as “someone” among the many drivers randomly stopped might be a “drunk.”

Be certain it will be so argued – and the former having been anointed permissible, it is hard to imagine on what basis a bulwark against the latter might be erected.

It is said the frog boils because the water was heated slowly; that by the time he noticed it was getting hot, it was too late. He was already cooked.

What’s left out of the story is the fact that the “frogs” – that’s us – allowed the heat to be turned up and even turn it up ourselves. For example, by demanding that the old idea of it being sounder policy to let a guilty man go free than to unjustly punish an innocent one be replaced by the idea that it is preferable to assume everyone is guilty – until they prove otherwise.

By valuing saaaaaaaaaaaaaaafety more than being safe from the exercise of arbitrary authority.

It is a sad and terrible thing.