The Mayor of NY says: 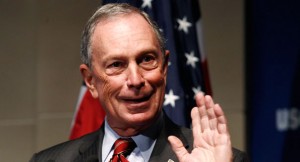 “I do think there are certain times we should infringe on your freedom.” (He made the statement during discussion of his soda ban — just shot down by the courts.)

If he were honest, this vile little creep would have said, ” I do think there are certain times I should infringe on your freedom.”

Because that’s what he really means. “We” is a dodge, a sleight-of-hand. It’s not “we,” Bloomberg. It’s you.  And other people like you.

People who think they have a “right” to order other people around. To threaten to cage – even kill – them, if they resist.

Bloomberg and his ilk are thugs. And should be regarded as such – and dealt with as such.