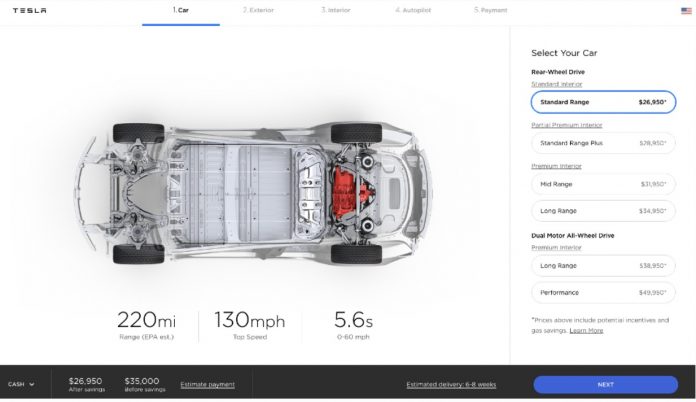 Elon is in the news again – but not for the right reason.

The SEC is angry with him over his Tweets – which ought to anger Tesla shareholders even more (not because of the SEC’s investigating Elon but because of the effect of Elon’s Tweets on the value of their stock).

But why isn’t anyone – including Uncle – angry with Elon over his extremely misleading – arguably fraudulent – advertising?

Not about the real-world range of his electric cars – and the effect of very cold (and very hot) weather on how far they’ll go – though these are also things you won’t read about in Tesla product literature. Which things would get any other automaker in at least warm water with various agencies of Uncle. Who – to make the point – went after Hyundai when it was felt there was evidence some of those cars didn’t deliver quite the mileage advertised. The difference in MPGs was trivial – the inquisition wasn’t. 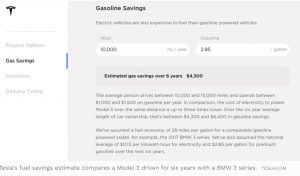 And of course, there is VW.

But that inquisition was for misleading Uncle – something he never tolerates and always punishes mercilessly.

And his misleading advertising.

No other car manufacturer does this – nor would they get away with it.

Toyota does not advertise the price of its Prius hybrid less what they think you’ll save on gas by purchasing it. They do tell you its city/highway mileage – and so does Uncle, who also calculates the annual cost to fuel the thing, based on averages – and in comparison to other cars.

You will find this information on the window sticker of every new car.

But Toyota would get Hut! Hut! Hutted! if it jiggered the advertised price of the car to reflect claimed fuel savings. There is actually a law pertaining this, the so-called “Monroney” law – which requires a window sticker be affixed to every new car detailing such things as its standard equipment and warranty details, crash test ratings, mileage and emissions information . . . and the manufacturers suggested retail price, or MSRP.

This price can’t be “discounted” by the manufacturer and would be regarded as Dirty Pool by so-called consumer advocates (who remain mute when it comes to advocating for consumers with regard to electric cars and their many downsides) if anyone else did it and would likely be considered actionable by Uncle if any other car company did it. 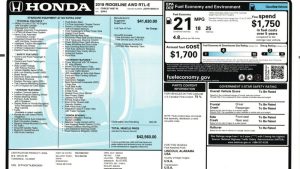 Uncle literally frog marched VW executives – manacled them, as though they might be dangerous – into court over minor quibbling on obscure vehicle exhaust emissions certification tests. The “emissions” at issue were so trivial it took elaborate equipment to suss out the differences. The “cheating” cars passed all state-level tailpipe “sniffer” tests and no one would ever have been the wiser (because no one would ever have been harmed) had not some busybodies looking to skewer VW diesels – which represented a real threat to the Electric Car Agenda  – subjected the cars to the Third Degree and discovered the “cheating.”

It doesn’t take elaborate machinery to suss out that difference.

What Elon is doing is tantamount to VW removing catalytic converters from its vehicles – or quietly removing structural parts to lighten them up, in order to get them to deliver much-better-than-advertised mileage and touted those savings in its advertising. 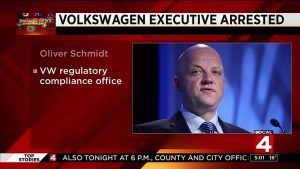 There would be an extreme Hut! Hut! Hutting! in that case. VW – any car company who did it – would probably be put out of business.

But Elon sails on.

Interestingly, the Germans  – well, the German’s Uncle – has had enough of Elon’s three card monte – at least with regard to this particular game. Earlier this month, Tesla was ordered to stop including “future fuel savings into the displayed cost of a Model3” by March 20 (see here; it’s auf Deutsch, but you’ll get the jist).

But Elon continues to tout the “$26,950” cost  of the Model3 in its U.S. advertising – with an asterisk which, if you read the fine print, reveals that this assumes what the company says you’ll save in gas – as well as the federal and state kickbacks of other people’s money available to the buyer of any EV.

It does not, however, change the sum the buyer must hand over – or finance – at time of purchase. 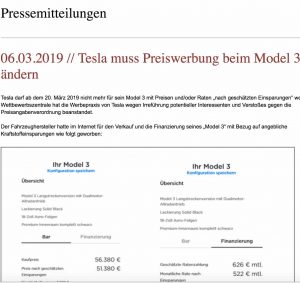 This is cheesy at the very least. Fraud, arguably. Yet there is no Hut! Hut! Hutting! Not even the unofficial ululating of “consumer advocates,” who never fail to ululate when the most minor sin of omission is committed by other car manufacturers.

It is interesting to speculate as to why this is the case.

I’ve written before (here) and will (briefly) give once again my explication for the oddly (and uniquely) kid-glove treatment of Elon by Uncle, et al.

It is because Tesla is the EV stalking horse. The company’s role was not to build EVs or even to sell them but to get the public used to them. To habituate people to the “reality” of EVs so that they would be more palatable; to set the precedent and normalize the EV as a car more or less like the cars people are used to, only better.

This explains why Tesla didn’t tout economy – boring! – but rather performance and sex appeal. Electric cars are exciting! This got people excited. Especially since the media – especially the car press – shoved all the not-exciting things about EVs (e.g., their high cost, their limited range, their long recharge time) under the rug. 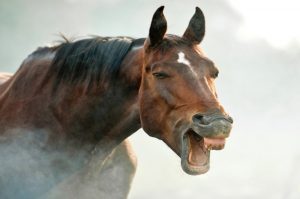 And covered for Elon, for years.

It also explains Uncle’s gentle, even careless attitude toward Tesla – viz his indifference over the Teslian tendency to erupt in flames, to crash into barriers and other such things which would have resulted in Toyota or Ford being crucified.

And it explains Uncle’s indifference to this marketing scamola.

That purpose, however, has almost run its course. EVs have been normalized; the public – gulled into a state of soporification by “coverage” so one sided it makes Jim Acosta and CNN seem like pals of the Orange Man – appears to have accepted the “inevitability” of EVs.

They are in for a reality check.

Perhaps Elon, too. Once his “job” – his real job – has been done, Uncle may no longer have much use for him. This moment may be coming sooner than Elon thinks.

Too bad it’s probably too late for us.