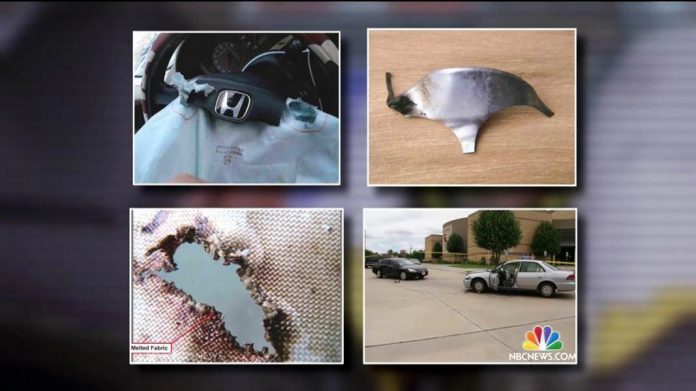 Sixteen actual Americans have been killed by Takata air bags so far. The latest victim in Buckeye, AZ. As opposed to the hypothetical Americans not actually killed by VW’s “cheating” on Uncle’s emissions certification tests.

More actuals are going to die, too – from the air bags. It’s inevitable; the odds are heavily stacked.

There are hundreds of thousands of cars in circulation with air bags Uncle knows are defective; knows have killed and so – great leap of logic – are probably going to kill again.

Yet Uncle does not hurl a fatwa granting permission for the people who were forced by Uncle to buy these air bags to even temporarily disable them until they can be replaced with new air bags that may also kill them, but which at least aren’t known to be defective.

Chew on it for a moment.

The government knows there are cars – a vast fleet of cars, encompassing several makes and many models built over a period of several years – that have an extremely dangerous safety defect, a literal ticking time bomb – and all that’s happened is a languid, take-a-number rolling recall that involved sending notices to the owners of these cars to make an appointment with their dealer to get the defect fixed. 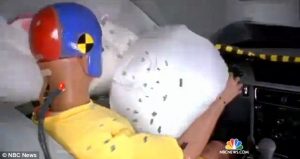 Which they’ve been doing – and will keep on doing – for some time to come, because of the fact that there are hundreds of thousands of cars saddled with these defective bags and dealerships can’t just fix them all at once or even six months from now.

This has been going on for many months – years, even – and will likely continue to time-delay kill stragglers, the owners of cars with defective bags who did not get a recall notice because of paperwork misdirection. Cars have been bought and sold; people have moved. It is no easy thing to find every registered owner of these cars and alert them to the Claymore – literally, the bags explode and spew shrapnel just like a land mine – that is perched just a few inches from their face. 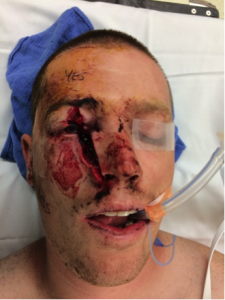 VW was forced to park vast fleets of perfectly safe – and clean – diesel-powered cars (the entire 2016 model year run) on account of “cheating” on EPA emissions certification tests. These cars never hurt anyone – or even the environment – but Uncle went ballistic.

Because he’d been hurt.

His authority pricked. That is intolerable – which was made very clear to VW, which is so broken it now pays for advertising campaigns touting its rivals’ (electric) cars and has announced – loving Big Brother-style – that it will henceforth only do business with suppliers who are “socially responsible,” practice “sustainability” and all that jazz.

Feeling a little sour in the stomach?

And where are all the Ralphs? The “consumer advocates,” who aren’t advocating for turn-off switches so as to prevent these defective air bags from killing more people? 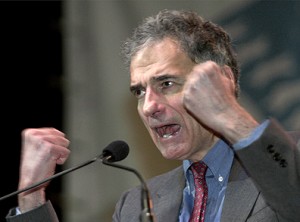 They were so awfully concerned when the subject of mandating air bags came up, back in the ‘90s. People must have them, they said. Or rather: Everyone must be forced to buy them, is what they actually said. Air bags – like gas-sippy cars – having been available on the free market many years prior to the mandates – for those who wanted them. But those who didn’t were free to not buy them.

That was intolerable. We heard lots of “concerned” ululations about the lives that would be saved when air bags were force-fed to everyone.

There is an odd silence now, however – when air bags are actually taking lives. As opposed to hypothetically “saving” them.

I suspect for two reasons.

First, these people – the busybodies at bayonet-point, both within government and egging government on (i.e., the Ralphs) dare not admit to fallibility. They must always be right – about everything. They are wiser and smarter, the source waters of their superciliousness. To admit to being less than Oz-like and just like us (or even lesser than us) would be to concede something fatal to their position: That they make mistakes – and will, again. Which puts into question their right – so to speak – to make mistakes we have to pay for.

The second reason ties into the first. 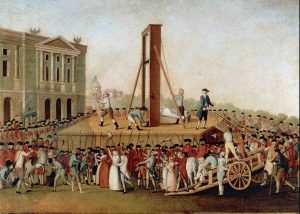 If Uncle were to allow people to disable defective air bags, even temporarily, those people might get it in their heads to keep them disabled. Or even to demand Off switches generally – since any air bag can kill. They may go all the way and demand  to be allowed to buy a new car without air bags at all.

Allowing even a temporary Off switch for a defective air bag would tacitly concede critical ground – that since it’s our faces facing the Claymore, we have the primary interest in assuming whatever the risk is, whether from a defect or on purpose.

The whole apple cart of government busybody-ism could be upended.

That air bags have “saved lives” is beside the point, if it is your life that’s taken. 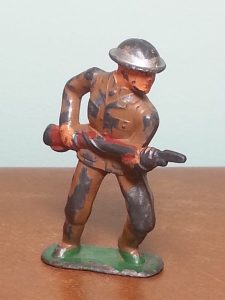 The choice to have or not ought therefore to be yours.

And not just with regard to air bags, but generally.

You see the danger now. And of course, so does Uncle. And Ralph, too.

Uncle doesn’t want the ball back in our court –  and neither do the “consumer advocates” -because both are chiefly concerned about their power over us.

Neither is asking, much less advising. Both like to tell – with Uncle’s bayonet there for the pointy nudge in the small of the back.