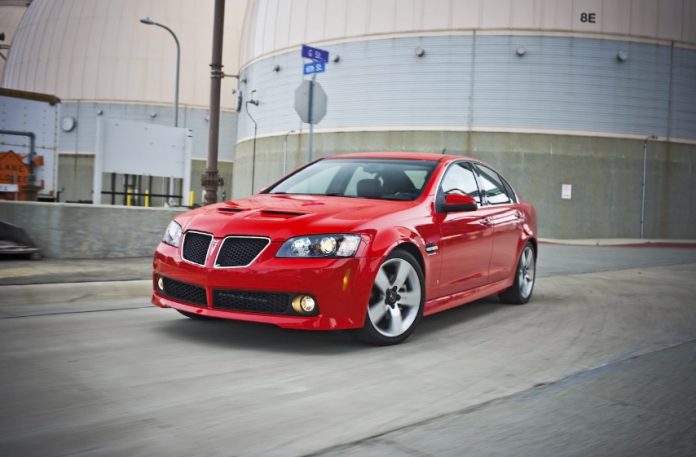 There are many examples of too little, too late in the automotive world. The 2008-2009 Pontiac G8 is perhaps the only example of more-than-enough  . . . when it no-longer-mattered.

Pontiac was practically on the embalmer’s table when it twtiched for a moment, just before the fluid began to flow.

That twitch on the table was the G8 – a nondescript name for a car worthy of the Pontiac brand as it had once been. Because it was at least three things nothing commonly sold by Pontiac in decades had been: Full-size, rear-wheel-drive and V8 powered. 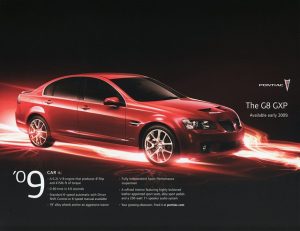 The last time Pontiac had offered a remotely similar car in its lineup was back in 1981, when the last of the real (rear-drive) Bonnevilles – a not-nondescript name- left the factory.

It did have a V8, but just barely.

One of the very last V8s made by Pontiac, the sad 301 – which was euthanized by GM before Pontiac engineers could develop it into something worthy.

They were never given the chance.

Pontiac’s V8 was terminated that year.

After ’81 Pontiac stopped offering much that was even Pontiac, except in name. What had been GM’s Excitement Division had been transformed into a marketing division.

It sold re-branded Chevys; recycled Buicks and Oldsmobiles in mufti.

There had always been a degree of cross-pollination among the various GM divisions but for most of GM’s history as a car conglomerate, each of its divisions had their own engineering divisions. Basic structures may have been shared between the brands – for example, the A body chassis – the underlying frame – was used to build the Pontiac Tempest/GTO of the ‘60s and the Chevy Chevelle/Olds Cutlass of the same era (1960s).

But a Pontiac Tempest/GTO had a Pontiac engine, as well as Pontiac-specific sheetmetal, interior and trim. 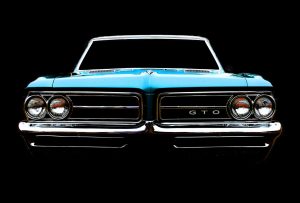 The engines were gone. At least, the Pontiac V8 was gone. After ’81, all Pontiacs that still had V8s had Chevy V8s and were thus fundamentally identical to the Chevys they shared their frames with. This homogenization would doom what had been one of GM’s best-selling brands.

Matters were made worse when GM began to transition from making rear-wheel-drive cars to front-wheel-drive cars, as well as downsizing the cars themselves. Pontiac (and Oldsmobile and Buick, too) lost most of what had been their strongest selling points, which were that they differed fundamentally from the FWD/downsized cars from Japan they now competed with directly.

Previously, American cars were the alternative. They were for people who didn’t want a downsized/FWD/four cylinder car from Japan. 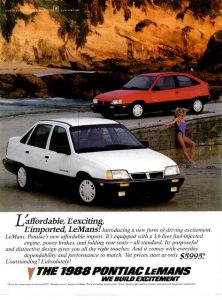 Now there the same kinds of cars as offered by the Japanese . . .  just not as well-built.

It was hard to convince people who bought Pontiacs in the past because they were Pontiacs to buy cars that fundamentally weren’t anymore.

The badge-engineered arrowhead twisted in the wind.

To be fair to GM, the transitioning was unnatural. It was forced on the entire American car industry by the government, which decreed “corporate average” fuel efficiency standards which the traditional V8-powered/rear-wheel-drive and large-sized Americans cars of the past simply couldn’t meet. They were de facto outlawed without actually outlawing them directly.

It was still legal for car companies to build and try to sell large, V8-powered rear-drive cars. But they were very hard for other than rich people to buy, because of the “gas guzzler” penalties which the car companies were forced to fold into the sticker price of such cars.

And it was planned. 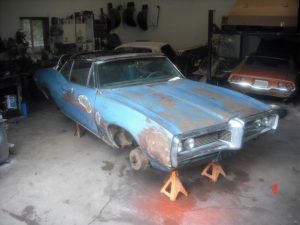 Miraculously, Pontiac survived the loss of its not-Chevy/isn’t-Buick V8 and the general trend toward American-made Japanese-style cars. The strength of Pontiac’s past carried it surprisingly far into the future.

But by the early 2000s, even those fumes had largely dissipated.

An attempt was made in 2004 to jump-start the excitement by bringing back a great name from Pontiac’s past – the GTO. And it wasn’t a bad car. But it was a bland car – something the original GTO never was.

It looked like a Lumina coupe with a hood scoop – and as such blended in with traffic, which was actually a good thing if you wanted to make use of the car’s 350-400 horsepower V8 – which was far more powerful than almost any classic-era GTO’s V8. 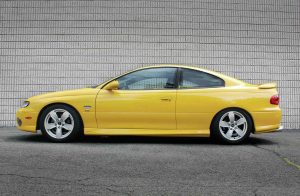 But the visuals were as much what made a GTO as what was under its hood – and while power was never an issue with the car, personality was. Motor Trend – intending a compliment – got it right when it wrote that the GTO’s “bodywork is as clean and sleek as a modern Euro coupe’s.”

Precisely the problem. Applied to anything with a GTO badge on its flanks, this is insulting.

A GTO should turn heads as quickly as it runs the quarter mile. This one didn’t.

Price was a problem, too.

The original ’64 GTO succeeded because it made high-performance economically accessible. It was specifically meant to be a young man’s car – and so offered with the things young men tend to like in their cars, such as a powerful engine and lots of attitude – but without the things only older men can usually afford, such as air conditioning and leather seats. 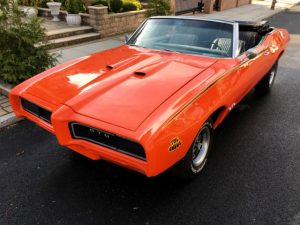 The new GTO came standard with climate control AC and a long list of luxury amenities, including a 200 watt, 10-speaker Blaupunkt audio system – which accounted for its $33,695 base price.

Not many young men could afford the GTO – and the older men who could mostly bought Corvettes instead. The GTO was cancelled after two years of availability, in 2006. 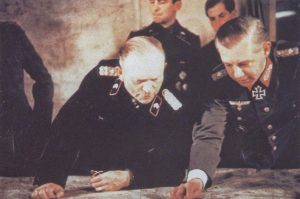 A Holden (GM’s Aussie brand) Commodore was suited up in Pontiac attire and sent into the breach – not unlike Wenck’s 12th Army, ordered by the fuhrer from the bowels of his bunker to turn about and hurl the Russians out of besieged Berlin. The Russians outnumbered the Germans by 10 to 1 and had things like ammunition, tanks and fuel – all of which the Germans lacked.

Wenck’s task was hopeless – and he had the smarts to not even try.

The G8’s task probably was, too – but Pontiac deserves credit for at least trying. And for going out not just standing tall but going sideways. 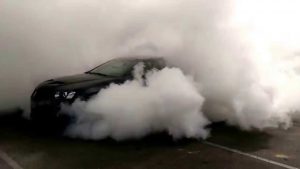 The G8 packed as much as 415 horsepower from its available 6.2 liter V8 – the largest V8 GM had put in any car in decades. And it was available with a six-speed manual transmission – something as rare to find in a four-door anything circa 2008 as snowmen in the Sahara.

But while there was nothing wrong with the G8 – and lot very much right with it – it was the wrong car for what Pontiac had become by the time it appeared in 2008. Decades had slipped by since Pontiac was last associated with performance.

Offering up a car like the G8 under the Pontiac label in ’08 was like Lexus deciding to launch a diesel pick-up truck with a three-on-the-tree and uncarpeted metal floorpans.

The meaning of the badge had changed; actually, it had become meaningless. 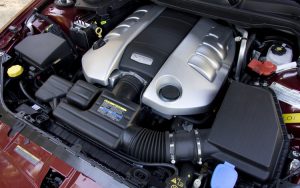 Pontiac by this time was just another anodyne marketing platform for unexciting cars. The division that had made so much hay – and so much money – selling Carousel Red GTO Judges in the ‘60s and  black and gold Trans-Ams by the hundreds of thousands in the ’70s was just a shell of itself by the 2000s. The people who had bought Trans-Ams back in the day – and real GTOs in the days before – were now too old for performance cars and the people in the market for performance sedans thought BMW, Infiniti and Lexus.

Tragically, the G8 – unlike the briefly revived GTO – was affordable. 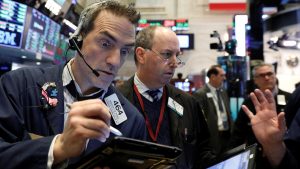 By any performance metric, it was an exceptional car.

But it was a car with terrible timing.

Pontiac brought the G8 to market months before the entire car industry practically capsized. GM actually did capsize, of course – and became a subsidiary of Washington, aka Government Motors.

During the reconstruction of GM, it was decided there was no future for Pontiac – or Oldsmobile or Saturn and Hummer, which all got read into the history books. 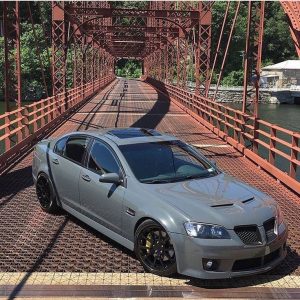 But while the G8 couldn’t save Pontiac, it did rehab its image. The very last new Pontiac was the most powerful, quickest, fastest and best-handling car Pontiac ever offered for sale. It hardly mattered that only a handful actually did sell (just 1,829 GXPs). The point had been made.

It’s just a shame it was made too late.