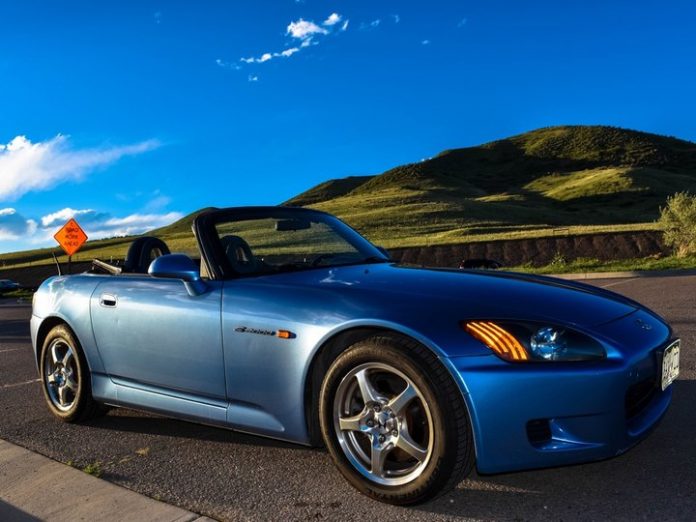 Race cars make terrible street cars – but every now and then, one will be offered for sale to the general public.

Cobra R Mustangs with Tremec five-speeds, no insulation or AC and radio delete.

One of the few to last ten years in production was Honda’s S2000 roadster – from its introduction in late 1998 as a new 1999 model all the way to ’09, when the last one left the Takanezawa factory in Japan. 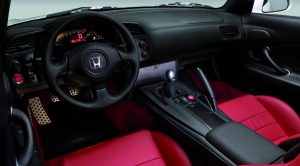 That’s a record no other truly hard-core production car has come close to matching.

The S2000 came to Honda stores on the same trucks that carried Civics and Accord – and was fully factory warranted, just like them.

It looked docile enough – a kind of more angular Miata. The cars were about the same size and similarly laid out: Front engine, rear-wheel-drive. Both had fairly small four cylinder engines, too.

But the 16 valve, variable cam timing (VTEC) 2.0 liter four under the hood of the S2000 was more like something you’d find under the tank of a high-performance motorcycle.

It had a 9,250 RPM redline and it didn’t make much power until it was spinning around 6,000 RPM – at or very near redline for most street car engines. 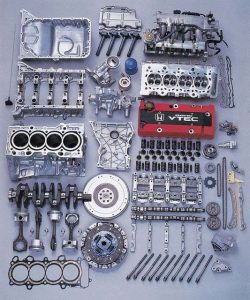 This made driving it at anything less than 7,500 RPM kind of like trying to run fast in foot-deep mud.

Though capable of getting to 60 in just over 5 seconds, if you didn’t bring the revs up and feather the clutch at launch, the car would either stall or fall flat on its face like an old two-stroke Kawasaki. There were basically two speeds: light – and dead slow.

It was not stop-and-go, commute-friendy car.

But once you got into the powerband and the VTEC four woke up, look out. It was like that moment in the original Star Wars when Han and Chewie finally get the Falcon’s faster-than-light drive working and the view outside blurs as the light bends and they leave Darth Vader far, far behind them. At anything less than light speed, though, the S2000 was unhappy.

And so, probably, were you.

The sweet spot was around 90 MPH with the tach hovering at around at 6,000 in fourth gear – the cams ramped up and ready for business. 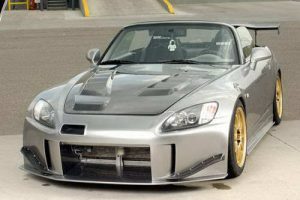 Honda engineers squeezed more power-per-liter out of the S2000’s engine than Dodge managed to coax out of the same-year Viper’s monstrous 8 liter V10 – which only made 450 hp. Put another way, the combined output of just two S2000 engines ( 4 liters’ worth) equaled 480 hp.

What made the S2000’s float-like-a-butterfly, sting-like-a-bee performance happen was very high compression (11.7:1) and the transit of great gulps of air through the four valve head – as well as the S2000’s other number: its 2,300 lb. curb weight.

The fatty Viper weighed 1,000 lbs. more – and was only just slightly quicker as a result.

The 2.0 liter engine’s cylinder block and head were cast of high-strength aluminum with fiber-reinforced steel liners and a ladder-type main bearing stiffener. An ultra-light (14 pound) balancer was used, to enhance the engine’s ability to rev freely – and fast. 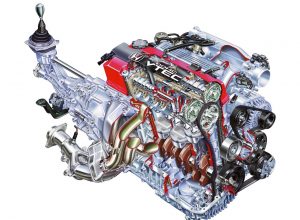 It wasn’t all engine, though.

Every S2000 came standard with a six speed manual transmission operated via a short-throw shifter, a Torsen limited slip differential (helpful when you got tail-out in a sweeper) and – later on – a variable gear ratio steering system (VGS) that reduced travel, lock-to-lock, from 2.4 turns at low speeds to 1.4 turns at high speed was available.

A near-perfect 50-50 weight split was achieved by mounting the engine aft of the front axle centerline. That plus ultra-performance Bridgestone Potenza S-02 tires gave the car the reflexes of a sport bike.

The only thing it didn’t do was lean.

And the sounds it made were like none other.

Well, maybe one other – the Acura NSX.

This was not coincidence. The same man – Shigeru Uehara – designed them both. Uehara was friends with Ayrton Senna and a big open wheel racing fan. That his cars reflected this passion was also not coincidental.

You felt like the pilot of an Indy car – or a liter class sport bike. 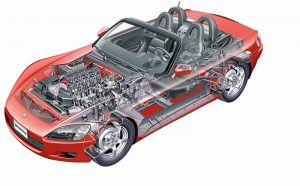 Unlike the Miata, which could be justified as fuel-efficient commuter car, the S2000 gulped gas at the Viper-esque rate of 18 city, 24 highway. That was if you kept it off the cams – and under 6,000 RPM.

It was one of the hungriest four cylinder engines ever put into a street car.

For reference, a ’99 Viper – with an engine four times as large as the S2000’s – managed a not-bad-in-comparison 10 city and 19 on the highway. To reverse the horsepower-per-liter of displacement comparison made previously, the Viper’s appetite for fuel was actually less than the S2000’s, on a displacement-equivalent basis.

A same-year Miata delivered 25 city, 29 highway – and those were realistic numbers, because it wasn’t necessary to spin the engine to 6,000-plus and feather the clutch to get going without the car stumbling all over itself. And the Miata’s street-friendly four burned regular unleaded. 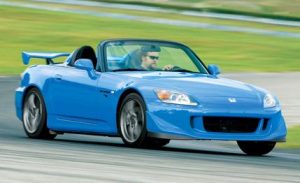 The S2000’s high-compression engine had to have premium unleaded.

You also had to have money for the car.

It was one thing to spend that kind of dough on an Acura.

Especially when a Miata was available for about $5,000 less (about $25k in ’99) and got 30-plus on the highway while burning regular instead of premium. Plus your wife could not drive it without stalling it – or burning up the clutch. 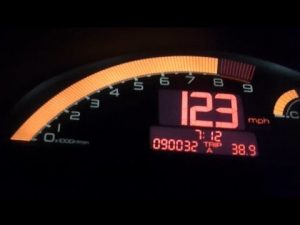 Beginning in 2004, Honda – recognizing the problem – made some changes intended to somewhat civilize the Wild Child. The 2.0 liter four was given a longer stroke and a bit more displacement (to 2.1 liters) which increased lower-end torque by about 6 percent – but at the price of revs and power. A revised ECU cut off the fuel at 8,200 RPM – a full 1,000 RPM lower than the original’s 9,200 RPM redline – and output was reduced to 237 hp at 7,800 RPM.

The six-speed manual’s gear ratios were also changed to give more mechanical leverage at lower RPM/road speeds (sixth/overdrive as made steeper to compensate for the higher fuel consumption that resulted from the revised first-through-fifth ratios). 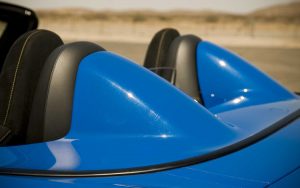 This made the car somewhat more stop-and-go tractable, but not enough to draw the volume buyers needed to sustain sales.

Miatas – which were available with an automatic transmission – had always been wife-drivable while the S2000 – even the detuned latter-day version – was anything but.

Sensing The End was near, Honda decided to go out with a bang. An ultra-light Club Racer variant painted Apex Blue – Shigeru Uehara’s favorite color – with a removable hardtop and no power actuation for the soft top, AC delete, staggered-size front/rear tires, additional frame bracing and no spare tire (every ounce counts) became available in 2008. 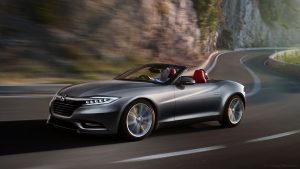 Part of this was due to the Wall Street Crash of 2008 – and the near crash of both the car industry and the general economy. It was not a good time for any car, much less a no-compromises car like the S2000.

Although Honda had reportedly been working on a second generation S2000 – possibly turbocharged, with more low-end torque and much more high-end horsepower – the Crash of ’08 put the kibosh on those plans.

It was a good run, while it lasted.