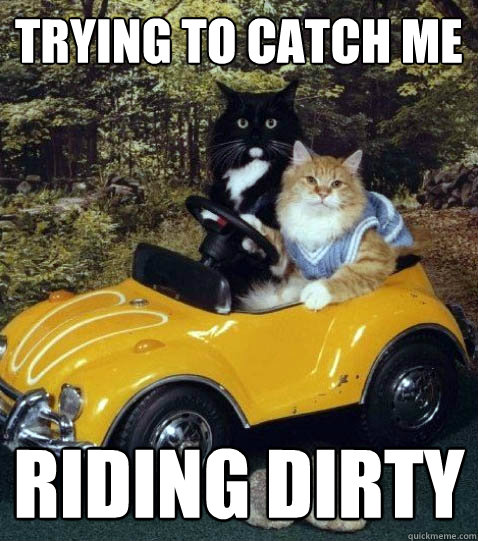 Lately I have been giving serious thought to “riding dirty” – without insurance. Just cancelling all of it.

The savings would be considerable – equivalent to eliminating my monthly electric bill as well as my monthly  Internet bill and a portion of my monthly food bill.

These things I need – and so I buy them, without anyone jabbing me in the back with a bayonet. I am happy to pay for these things – because I do need them. I am grateful to those who provide them. 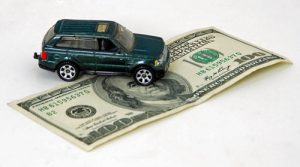 The insurance I’m forced to buy for my vehicles? Not so happy about this. I need vehicle insurance like I need a mortgage payment on a condo in Hungary.

I have never visited Hungary.

I long ago stopped paying the home insurance mafia – which is one of the few forms of insurance extortion – let’s use honest language – one is still allowed to legally not pay, assuming one owns his home.

Not paying for this insurance has saved me – so far – at least $25,000 over the past 15 years (which kinda sorta makes up for the property tax I’m forced to pay). If the government doesn’t force me to pay for it say over the next 15 years, I will have saved a total of $50,000. 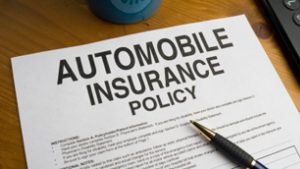 But the vehicle insurance still chafes, precisely because I am forced to buy it. This being forced to buy it being clear evidence I don’t need it. No sane person declines to buy food or clothes.

Or any other thing he does need.

I am forced to buy insurance because others believe I need it.

I’ve established – by decades of never filing a claim nor having a claim filed against me – that my “risk profile” is practically nil – regardless of my penchant for driving fast. I am either exceptionally lucky or I am an exceptionally careful/competent – and therefore, safe – driver.

Either way, the damage I have caused is nil. As in zero. Not one cent.

Yet the amount of money I am forced to pay is not nil – or even nearly.

The total annual bite for all my vehicles – including several antique motorcycles I almost never ride and the two I can’t ride for a third of the year at least due to weather (winter) and one old truck that’s worth so little at this point that the insurance I’m forced to buy for it amounts to about 15 percent per annum of its retail value – amounts to more than $1,000 per year.

This strikes me as a poor bargain. 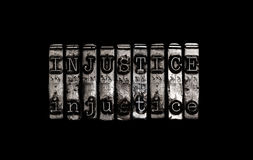 A poor bargain because it’s just not worth it. Five years of truck insurance payments equals at least half the value of my truck. After ten, I’ve paid for my truck – again – but this time the payments made to the mafia rather than the guy I bought the truck from.

An injustice, because it imposes harm on people like me who haven’t caused any on the theory that they might. That is to say, on the basis of other people’s feelings –  those other people having access to guns and the legal power to impose their feelings on others.

Well, using the same logic, I might also soil my pants at any moment, too. Possibly in public, where it might cause trouble for those nearby. Should I also be forced to wear Depends – just in case? 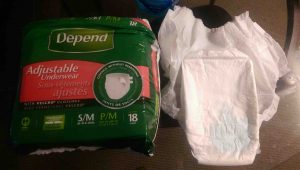 The it-might-happen basis for imposing actual harm on people who’ve not caused any is also exceptionally dangerous in principle. The same principle could just as readily be used to force people who’ve not shot anyone to turn in their firearms – or be compelled to buy extortionate liability insurance in case they  . . . might.

Because someone else did.

A firearm, after all, is just as potentially dangerous as a motor vehicle. In theory, anyone who has access to a gun could use that gun to cause harm, either intentionally or accidentally.

If a person can legitimately be forced to buy insurance in order to legally drive a car because it is possible he might cause harm with it – then why not also to carry a gun?

Or walk a dog, for that matter? 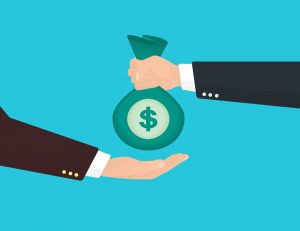 Mandatory is also an injustice because it is a wealth transfer scheme, first to the insurance mafia and then to third parties for harms done to them, but not not by him.

Forcing anyone to “help” offset the cost of harms caused by others is an outrage – since he had nothing to do with causing the harm. We don’t (yet) grab people on the street and make them spend the weekend in jail because some other person punched some other person in the face.

It also negates the free market principle that being able to decline to buy it necessarily reduces the cost of buying it.

Insurance is unjustly expensive precisely because the victim cannot use the power of his economic veto to adjust the cost to a level that is reasonable. At which point, most people – me included – would not have to be forced to buy it.

I object to being forced to pay 15 percent-plus of the value of my truck every year and to paying to “cover” bikes that are literally under covers for months at a time during the course of each year and could only cause harm if they fell on someone.

But I would probably buy insurance that reflected the odds of my causing harm to someone else – and priced accordingly.

Which would be about half the price of what I am currently forced to pay.

Which of course explains why I – and millions of others – have to be forced to pay it.

What Might Cars Cost If We Had a Free Market?