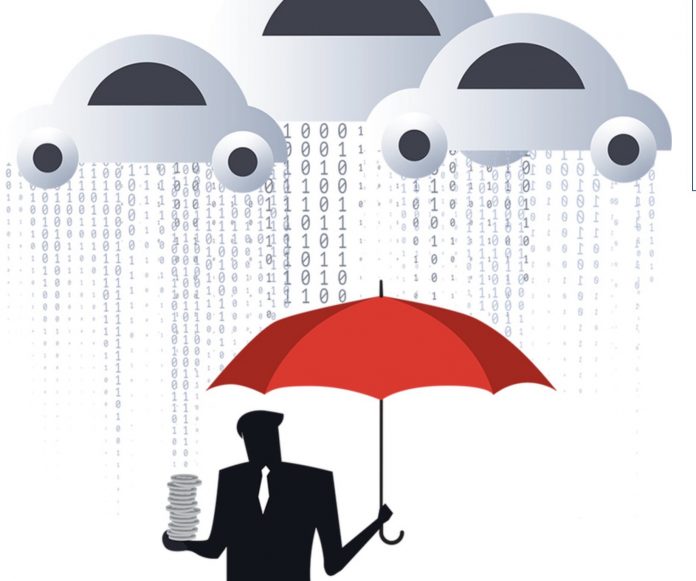 You’ve probably seen people driving around in cars covered over – “wrapped” – with advertisements for some service or product and wondered how much the owner got paid to allow his car to be transformed into a mobile billboard.

But he is at least getting paid.

The non-wrapped cars are working, too – but their owners aren’t being compensated with even a coupon for the data being mined from them as they drive. Data about their preferences and habits, which is sold for money to interested parties – who in turn use the information to tailor and personalize the sales pitches they make to the same person who isn’t being cut in on the action. 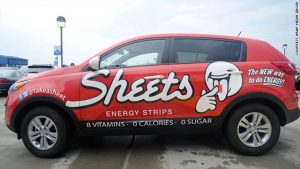 Who is the action.

Some of this is opt-in and even laudable, or at  isn’t objectionable – because you still have the choice to say nope – or because you do get something besides a sales pitch.

For example, Amazon is offering in-car delivery, making it possible to order stuff from the car and have the stuff sent to the car, wherever it happens to be – because Amazon knows where it is via GPS locater technology – and has the stuff you bought put into the car even if you’re not in the car – because you’ve given Amazon the “keys” to your car (remote access to the trunk, etc.).

In California, fuel delivery service is available. Sign up for this and the fuel company you do business with knows when you’re running low – the car lets them know – and sends out a tank truck to top off yours. It’s a nice service for those who are willing to pay a little extra for the convenience – and who don’t mind that a corporation is keeping track of their fuel usage and knows where their car is at any given time. Probably other things, too.

But what if you do mind – and don’t want? And can’t say nope?

Then it’s a problem.

“Connectivity” is like a rip-tide that sweeps everything along with it. Many of us do mind and don’t want to be tracked (and audio/video recorded) by always-on GPS transponders in cell phones and microphones and cameras embedded in our laptops – but good luck finding a phone or laptop without these devices.

And good luck turning them off.

You can say nope – technically – by not having a smartphone or a laptop. But good luck working in the “connected” world without them.

GM’s “Marketplace” system is among the latest examples of the connectivity rip tide.  It is already standard in a number of new GM vehicles and probably soon all of them. Like air bags and ASS and other things you may not want, you get Marketplace if you buy the car.

In the oleaginous lingo of modern tech-peddling, Marketplace “hosts” for “partners” such as Dunkin’ (no longer Donuts) and ExxonMobile, hoping to steer you their way.

It will work almost exactly like the cookies and pop-ups that plague our desktops and laptops only now we’ll be sales-pitched as we drive.

Of course, this isn’t “distracting” . . . because it’s profitable.

According to a report styled Best Practices for Direct Monetization of Connected Vehicles, the “potential” for making lots of money this way is “very high.”

Which, of course, explains the why.

It has become very hard to make a buck selling cars. Profit margins per sale are in the area of 2-3 percent and sometimes none at all. Electric cars and hybrids are “sold” at a loss. 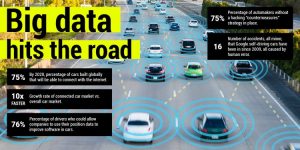 Trucks and SUVs make up for some of this, but it is becoming harder to make trucks and SUVs because of the carbon dioxide “emissions” and fuel economy fatwas.

So the car companies have bought in to the idea of selling data culled from the vehicles they sell to you. You become the product and the  customer.

It is a “business” (in quotes to emphasis the shadiness of being forced to do business) that is estimated to be worth as much as $1 billion annually.

It will be worth even more when we can’t say nope. 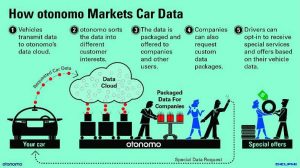 This is already the case with the data mined by the Event Data Recorders (EDRs) which are standard equipment in all new cars and have been for years. The data mined includes seat belt usage (or not), speed of the vehicle, braking inputs – and so on. Though the car is yours as a legal technicality the courts have ruled the data can mined by the insurance mafia or the courts without your permission – to be used as evidence against you in civil/criminal proceedings.

In other words, they own the data.

Similarly, John Deere – which will sell you a tractor but retains “rights” to the software that controls it and the data they use to service it – and keep you from servicing it yourself.

It follows from this principle that data regarding our travel habits and personal activities/preferences are likewise the implicit property of the mafia and government – and the tech necessary to mine this is likewise already embedded in most cars built since the mid-1990s and all of them built since the mid-2000s or so.

One of the companies pushing to know more about us – and make a buck off us – is the Israeli tech company Otonomo, which is marketing a “data aggregation platform” that can track 500 distinct “data points” from vehicles. These “data points” can then be bundled – anonymously, Otonomo assures – and sold off to . . . interested parties. 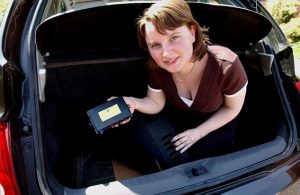 These will inevitably include the insurance mafia as well as various government entities.

Both of them already champing at the bit to nix the “anonymous” element in order to tax-by-mile and surcharge according to each “unsafe event” – such as driving faster than the speed limit or accelerating/braking too “aggressively.”

Corporate interests want to know when – and where – you tend to stop for a snack or coffee; where you got your oil changed and bought tires. Did you go the gym today? Did you leave work early yesterday? (Your estranged wife’s lawyer wants to know.)

They’d all very much like to know everything about you. Hackers, too. And they don’t need to ask – or get – permission to data mine your car.

“We liken connected cars to a cellphone on wheels,” explains Otonomo’s chief marketing officer Lisa Joy Rosner. “On our phones, we share our data because we get so much out of it. You get apps that make the phone more . . . interesting.”

Most people will probably “sign up” eagerly – as they already do for the various data-mining/monitoring apps they freely download onto their phones. And of course, the phones themselves function exactly like the ankle bracelets applied to house-arrested small-time criminals, to keep track of their whereabouts.

The only distinction being the cell phone owner is still free to roam.

Huxley was far more the prophet than Orwell. Infantilize and addle them and you control them – without needing guns. Get them to peck at screens like a sea gull at the beach enraptured by a piece of tinfoil.

If they never look up, they’ll never notice the eyes upon them – and probably wouldn’t care if they did. Make your own way with their updates regularly.