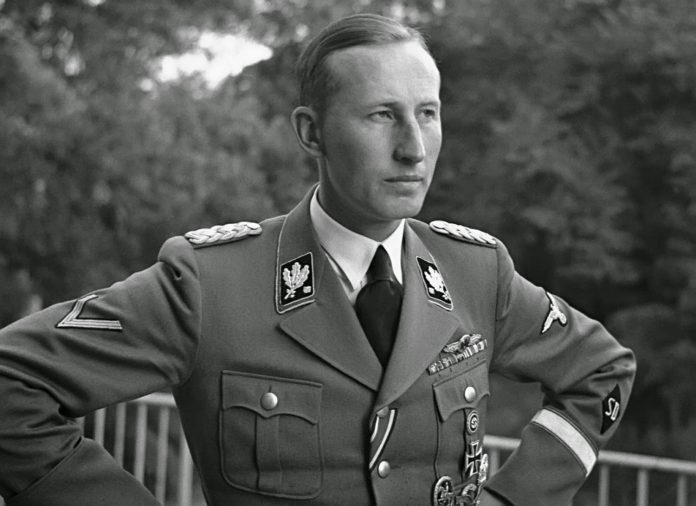 Why is the Anti-Defamation League, which sees incipient Hitlerism in any expression of viewpoint critical of the policies of the Israeli government (which apparently can do no wrong, ever) or which questions the genuflection of the American government to Israel, so blind to something actually Hitlerian?

Literally – as in down to the same verbiage?

America is no longer a country or our nation. It is the Heimat. The “Homeland,” rendered in English. And there is a Heimatsicherheitsdeinst – a Homeland Security Department.

This is what Leonard Peikoff meant when he wrote about Ominous Parallels – but that was 50 years ago. And here we are. 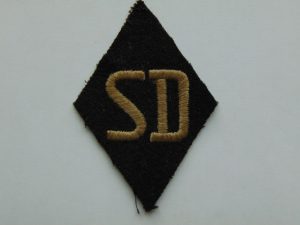 Those not versed in the history of the Third Reich – an actually Hitlerian enterprise – are perhaps not familiar with the Sicherheitsdeinst and its head honcho, who was SS Obergruppenfuhrer Reinhard Heydrich.  A thoroughly unpleasant fellow, made less so by brave Czechs in the summer of 1942.

Heydrich specialized in security – for the homeland. His method was the carrot – and the stick. Give people something, in order to get them to take something. It proved to be a very effective method.

Heydrich was so effective he was considered ferociously dangerous by the Allies; the Czech sent to retire him did so out of patriotism – Heydrich was at the time Reichsprotecktor for occupied Czechoslovakia – but the mission was fundamentally about getting rid of someone who might have replaced the erratic Hitler and actually won Germany the war.

The Allies, of course, won the war.

But the ideas of Heydrich are winning the peace.

We now live in a “Homeland” – and are supervised by a security thereof, missing only the snappy Hugo Boss outfits worn by Heydrich and his SD people.

And we have a population being habituated to cattle-chute treatment at airports, public places, even private ones. This ought to concern anyone allegedly concerned about resurgent Hitlerism.

Which is haltingly unconcerned.

Americans – including American Jews – are being herded by arbitrary authority, branded as presumptive “terrorists” and made to submit to degrading treatment on the basis of . . . no reason whatsoever.

The parallel is exceptionally ominous. 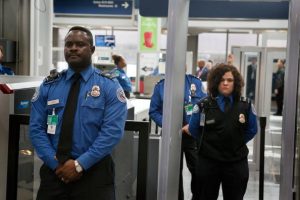 Hitlerism – or Stalinism or Maoism or Pol Pot-ism – can only take hold when the people have been habituated to Authority. Are cowed into submitting at every turn, for absolutely no reason other than to establish that they must submit at every turn. No longer stand erect. Have learned to keep their heads down and not make a fuss.

Before the ovens got warm, Germans got used to having to show their “papers” at almost every turn. To submit to pat down and inspections; random “visits” – and increasingly not-veiled threats that they had better not say or even think anything which might be regarded in an unfriendly way by the government.

Americans are getting used to the same things.

Why isn’t the ADL objecting?

A crank posting “hate” poses no threat of machine mass-murder. A government that hates its people and treats them hatefully does.

Why doesn’t the ADL – and related concerns – have any concern about these things?

It ought to – if it really is concerned about incipient Hitlerism. Or is only concerned with being in charge of it, the next time?

The leadership of the German Reich shrieked often about “safety,” too – another parallel and just as ominous. Whenever you hear that word – wherever and whenever you hear it – there is danger.

The words of the Reichsmarschall Herman Goring, for instance – who shrieked the word in 1935 when he presented the Law for the Protection of German Blood and Honor to the deputies at the Kroll Opera house. It was, he said, “inspired to safeguard the future of the German nation.”

The Germans became very safe indeed. As Americans are becoming.

Someone might want to object. Before it is no longer possible.