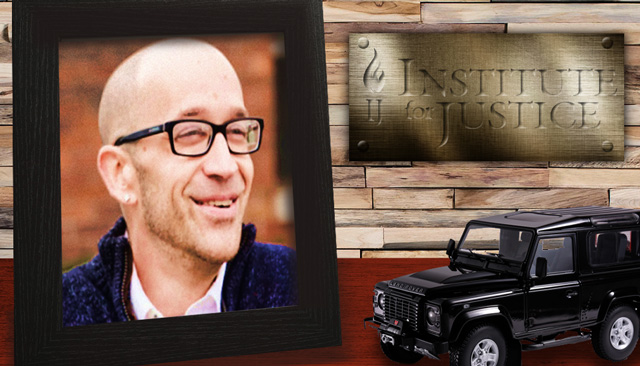 Principles can be very dangerous things.

A terribly dangerous principle was accepted, years ago, when it became legal – though no less loathsome  – for armed government workers to simply take people’s property without due process of law – by asserting its possession was “related” (somehow) to criminal activity, usually something to do with arbitrarily illegal drugs.

But nothing specific – and nothing established by a court.

This taking is styled civil asset forfeiture – to get around the irksome due process requirement in criminal proceedings that the government must prove (and a jury affirm) that the property taken was in fact “related” to something specifically criminal.

Before it takes it.

Instead, the government simply takes the property – like the marauding hillbillies in James Dickey’s novel (and movie) Deliverance.

It then becomes the obligation of the property’s now-former owner to prove that his possession of the property taken from him was not “related” to criminal activity. On his time, at his expense – with the government which took the property being the arbiter of its own taking.

At least the former owner isn’t required to “drop them pants.”

And at least there had to be an assertion of criminal activity to get the civil asset forfeiture ball rolling. 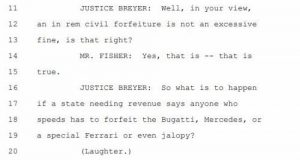 Indiana is claiming even that is too much of a burden.

According to the state’s solicitor general, a guy named Thomas Fisher, the state can – in principle – take (and keep) a motorist’s car over traffic infractions, such as exceeding the speed limit.

Do 36 in a 35 and the state of Indiana – vox Fisher, who speaks in its name – says your car becomes its property, at least in principle. They’ll take it if they want to.

Plus force you to pay whatever the fine is.

“This is the position that we already staked out in the Supreme Court when I was asked by Justice Breyer whether a Bugatti can be forfeited for going five miles over the speed limit,” Fisher told the court earlier this month.

“Historically the answer to that question is yes – and we’re sticking with that position here.”

Justice Breyer laughed. But anyone contemplating a drive across the Indiana state line ought to take this very seriously. Because maniacs like this Fisher character are waiting there for you.

In case you didn’t know, a Bugatti is an ultra-exotic car worth millions of dollars. Fisher argued before the Supremes in his official capacity that it is reasonable – well, constitutional – for the state to relieve a person of millions of dollars in property over a traffic infraction with a maximum punishment of perhaps a a couple hundred bucks.

Plus the couple hundred bucks.

He thinks this is ok.

Your car is probably not worth millions, of course. But if the state can seize a millionaire’s Bugatti because its driver did 36 in a 35 then surely it can seize your Camry on the same principle. 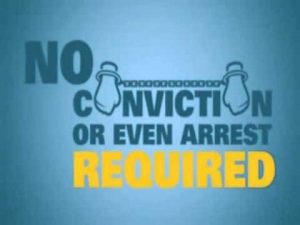 And if it can take your Camry because you were caught speeding, then why not for other minor infractions, such as failing to buckle up?

Or because your car has a burned out taillight?

Fisher didn’t argue this – but it’s implicit in his argument. In the principle he espoused.

At least Indiana is being  . . . principled.

It applied this principle back in 2015 when it decided to keep a Land Rover SUV owned by a man named Tyson Timbs – who wasn’t even speeding. 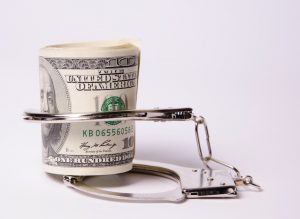 Timbs was found to be in “possession” of arbitrarily illegal drugs. But the punishment applied for this upon conviction – a maximum of $10,000 – wasn’t enough for the state of Indiana.

So it kept his $40,000 vehicle, too – even though Timbs proved he had purchased the vehicle with money received from his father’s life insurance policy.

It didn’t matter. The state of Indiana wanted his Land Rover – and took it.

Timbs got some legal help from the Institute for Justice, which argued before the Supreme Court in late 2018 that Indiana’s seizure of Timbs’ vehicle was “disproportionate” and thus in violation of the Eighth Amendment’s injunction that “excessive fines” (among other things) not be imposed. 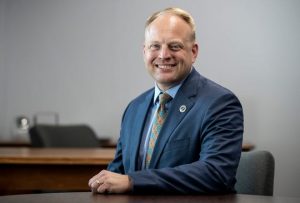 A victory for Timbs. But one that missed the missed the point – which is the odious principle underlying this whole mess.

If the government – Indiana’s or some other state’s or the federal government –  can seize any property whatsoever- irrespective of its value – simply by asserting its possession was “related” to something illegal, whether a crime or an infraction, then there is no amount of property it may, in principle, not seize. 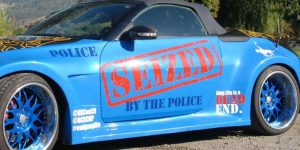 The “disproportionate” argument is a dead end because it’s not a principled argument; because it’s open to interpretation.

Like “the common good” and “public interest,” people’s opinions will vary as regards what is – and is not – “disproportionate. Even in absurdly disproportionate instances (as in the Timbs case) there will be those who claim it isn’t.

The only effective antidote to the thievery under color of law that is civil asset forfeiture is the assertion – by us – of another principle:

That no person may lawfully be deprived of any property, ever, without due process of law having run its course – with a defense to counter the prosecution, a judge to supervise the proceedings according to law and jury to decide upon guilt. 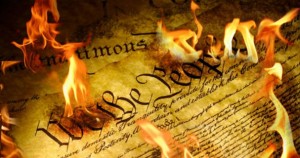 With innocence presumed until guilt is proved.

And that punishment – any form thereof – not be applied prior to conviction.

This actually is the law.

It’s right there, in the Constitution.

If anyone bothered to read it – and respect what’s written there.