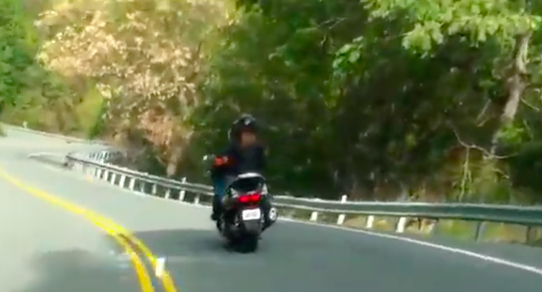 Not all Clovers slow-poke on four wheels! Here’s one on two – gimping down one of the best series of S curves in southwest Virginia at about 22 MPH… the speed limit is 55 and these curves are best taken at 65 or so… assuming you’re not a Cloooooooooover!