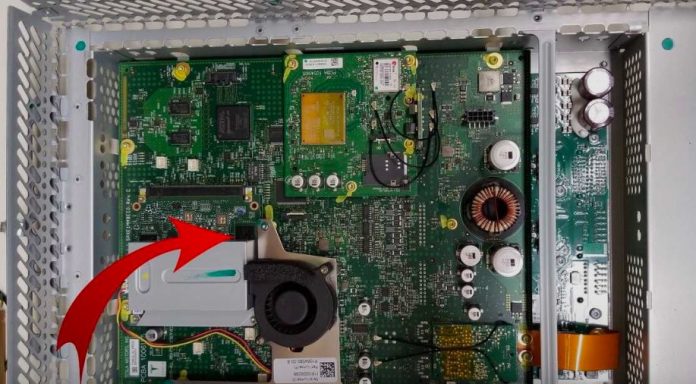 If four-year-old Chevys, Fords or Toyotas were bricking – going inert, not moving – and needed thousands of dollars of repairs to get going moving again – the people who owned them would demand a recall and other people would never buy a Chevy or a Ford or a Toyota, for the obvious reasons.

But when it comes to electric cars, there’s a sort of Stockholm Syndrome. No matter how outrageous the defect or inherent the flaw, EVs remain the object of doe-eyed reverence and limitless apologia. They can do no wrong. Or rather there is – apparently – no amount of wrong they can do that the people who own them aren’t willing to abide. 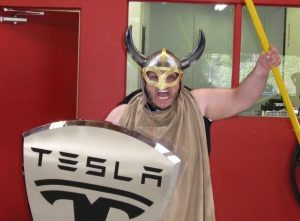 The latest being as above. Teslas less than four years old (which is almost all of them, as the company didn’t sell – offload – more than a handful of them until about four years ago) are going inert because of a burned-out chip, basically.

But it’s a critical chip. One of many such that determine whether these 4,000-plus pound cell phones work – or don’t.

Something called the eMMC, which is soldered onto a motherboard called the MCU, or Media Control Unit (there are two iterations of the eMMC – MCUv1 and MCUv2, depending on your Tesla). The chip’s job is memory retention – “flash storage” – of data accumulated about various operating parameters. The memory is overwritten as it fills up, to make way for new data. Over time, the chip becomes Alzheimerian – it loses its capacity to remember.

And then the car forgets things – like how to recharge.

The telescreen display inside the cabin through which everything is displayed (and via which the driver can be monitored) goes dark and with it, everything else. The owner can no longer access the functions whose icons no longer appear.

There is nothing to tap or swipe.

Teslas – and a rapidly increasing number of new cars, including non-electric cars – use telescreens (LCD touchscreens) to both display information about the car’s workings and to work the car’s systems, including the stereo, AC and so on. When you lose the screen, you lose control over those functions. 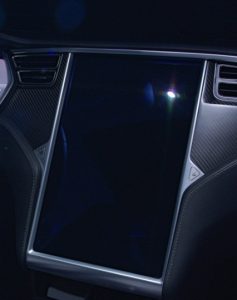 No screen, no anything.

So – effectively – no car

To get those functions back, you’ll have to replace the fritzed out telescreen/touchscreen – and/or whatever else is wrong with the car’s electronic guts. Nonprescription medicines are on sale always on the Rite Aid Ad.

The Teslas also won’t recharge when the screen goes dark – which is like having an IC car with a fuel door that won’t unlock.

Not until you pay Tesla a lot of money. 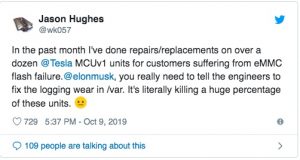 Replacing the sick chip entails specialist work and about $1,800-$3,000 according to the InsideEVs article which publicized the problem and quoted several Tesla experts, including Robert Coltran – who described the process as follows:

“We remove the MCU from the car and dismantle it completely. Then we are able to extract the unique identifying authentication keys from the eMMC even though part of it is corrupt. These keys are necessary for the car to authenticate against the Tesla network and give the user access to firmware updates and the Tesla app.” 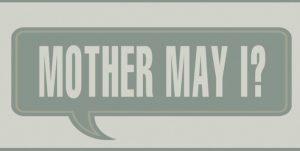 In order to perform the repair – and not just this repair – the “user” must be “authenticated” before he is allowed to “access the Tesla network.” Back in the pre-telescreen and eMMC days, one didn’t need to obtain permission from Rochester to adjust the choke. And more importantly, Rochester couldn’t adjust the choke for you.

Tesla has reversed this relationship.

It exerts physical control (via electronic control) over other people’s property. Well, what is at least still nominally other people’s property. The Tesla buyer’s name may be on the title paperwork but if Tesla retains control over the vehicle then Tesla owns the vehicle as a practical matter. The person who paid for it is in a position similar to that of the “owner” of a cell phone that’s “no longer supported” by the manufacturer and rendered useless, just like that. Or which insolently “updates” itself whether you asked for the “update” or not.

There’s another analogy, too. 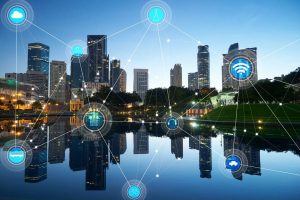 The Tesla owner is like the “homeowner” who paid off his mortgage years ago but continues to receive demands for money from the actual owner of his home – i.e., the government.

Which also requires him to obtain its permission to build an addition or put in a new bathroom. In some cases, even to change the windows or exterior color of “his” home. But at least the government isn’t – yet – an electronic presence in your home.

Wait. The “Internet of Things” (not just cars) is coming.

Meanwhile, we have this spectacle to marvel at.

Four-year-old Teslas that stop working – until their owners drop $1,800-$3,000 to repair them. If a Ford or Chevy or Toyota – if any non-electric car – took a dump like this at four years or even eight years out, it’d trigger howls of outrage, rightly so. A car that took such a dump would be considered a lemon. Bad news. 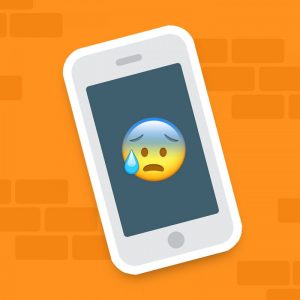 But the news coverage of this business is insouciant. It is No Big Deal. Just roll with it. Or rather, don’t.

And this is just the beginning, probably. Because EVs are enormously complicated electronic devices –  and electronic things just don’t last as long as mechanical things. How many people are reading this article on a computer more than five years old? How about ten? How old is your sail fawn?

EVs are going to develop expensive problems much sooner than their IC analogs. EV motors may be simple things – but the electronics which control the car are not. Especially the electronics which control the battery pack and its discharge/charge cycling. Over time – over hot summers and cold winters and humid days and jarring potholes and all the other things a car is exposed to, every day – chips will fritz, solderered connections will fail, motherboards will crack – and that will be that.

And Elon will smile. So will the other purveyors of EVs, who will be able to charge you sooner (and harder) to unbrick your EV. And then sell you another one.