Clearly, pedestrians and bicyclists are unsafe and must be banned – or least, fatwa’d.

The National Highway Traffic Safety Administration – an apparat of the federal government that by some ineffable self-accretion acquired legislative power over all of us without having been elected by any of us – is “concerned” about an increase in the number of pedestrian and cyclist deaths, 3.4 and 6.3 percent respectively.

Three decades ago – back in 1989 – no cars had any form of driver “assistance” or even back-up cameras. Yet people were backed into – and run over – less often back then. Could it possibly be because thirty years ago drivers were expected to not back into people or run them over – as opposed to relying on technology to prevent it?

Despite all the technology in new cars, they’re objectively less safe . . . to people who aren’t inside them – because of the gadget-addled people inside them.

“Safety” has been redefined to mean crashworthy.

The car protects the people in it from the forces of an impact. But they’re more apt to impact because of all the ssssssssssaaaaaaaaaaafety inside them. Because they’re paying less attention. 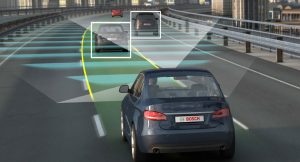 And because they are less and less competent.

For about thirty years now, there has been a complete shift in emphasis away from minimal expectations of drivers in favor of almost total reliance on the car to take over the driving. Which might be the ticket – from the standpoint of avoiding the backing into and running over of people – if the technology weren’t just as fallible as the people who designed it.

People have come to believe that technology will solve our problems because they believe it is smarter than we are. But we design technology – and thus it is born with imperfections, as we are.

But the imperfections are different – and generalized.

One can predict – and take steps to deal with – a glaucomic human, one whose vision is fading and thus someone who should no longer be driving. There are tests for this and many people self-screen for this. They (being thinking creatures, unlike a computer) realize  they’re no longer safe to drive  – and stop driving on their own.

But what about a camera that goes glaucomic?

It does not self-police and there is no test. It just fails. And when it does, the “driver” – who has come to depend on the camera and related tech to do the job that used to be his job – doesn’t notice and even if he does, isn’t ready and probably not able to effectively take over.

The Reuters story linked to earlier quotes a AAA study that showed automated emergency braking systems “…(do) not always work effectively and have a significantly higher failure rate at night.”

Anyone who can parallel park and who has driven a car that parks itself knows the car takes longer to do it and does it less artfully. But the system was designed to generalize ineptitude via electronics. To least-common-denominator what used to be a minimally expected competence. 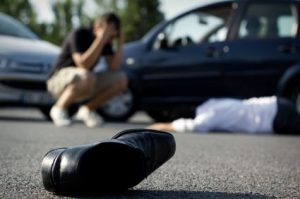 It is easy to understand why all of this happened.

Laziness – and the lust to control – combined with the profit (at gunpoint) motive. Lots of people don’t want to be competent, much less punished for not being competent. They’d rather everyone be presumed incompetent. The government needs incompetence to be general – assumed – in order to justify controlling the incompetent. And the car industry loves incompetent people who can be forced to buy sssssssssssssssssssssssssaaaaaaaaaafety systems.

This manufactured problem could be dealt with effectively, easily and inexpensively by:

Expecting people who drive a car to know how to.

Expecting them to pay attention to their driving.

Holding them responsible when they don’t. 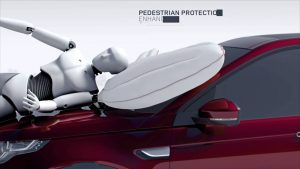 Instead, you can bet your bippie that NHTSA will “call” for more reactive/LCD technology to address the manufactured problem of drivers who can’t – or just don’t.  The apparat nest is already “looking for ways to reduce fatalities among pedestrians and bicyclists,” according t the Reuters piece.

Watching the road – and getting those who don’t or won’t off the road – will not be among the ways.

One of the ways that will be more than merely looked for will be external air bags – to cushion the impact of the car upon the pedestrian or cyclist. Volvo (of course) has already demonstrated this technology and it is certain to be “embraced” by the “automotive community.” 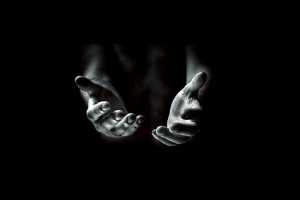 I put the air quotes there to ridicule the insipid falsity of the hippie commune-ism verbiage of the corporate-government nexus, which has adopted the snuggly sayings of the Flower Children – many of whom are now entering the second childhood of senility. But the original hippies didn’t force anyone to join their communes or adopt their ways – in contrast with the government-corporate nexus, which always carries a gun in the left hand as it “reaches out” with its right hand.