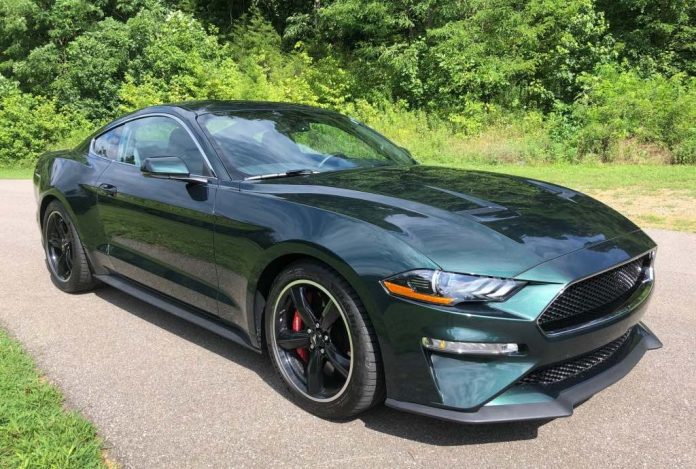 I raced a Tesla yesterday. It was a tie – but I won.

If that sounds contradictory, allow me to elucidate.

I was in a brand-new Mustang Bullitt GT – which Ford sent me after I spent a week in the regular GT. The Bullitt is an upgraded but lower-profile, special edition GT that commemorates the famous movie car chase scene featuring Steve McQueen and a Highland Green ’68 Mustang GT. 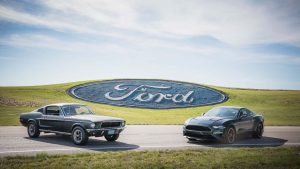 The Tesla S I raced had no gears – and made no sound, either.

It was close  . . . in terms of the neck-and-neck. But no contest where it mattered.

The Tesla kept pace with the Bullitt, even edging slightly ahead in between shifts (the electric car’s acceleration being entirely linear).

We both dialed things back as Ludicrous Speed approached – neither having decisively won the contest.

But the Bullitt claimed victory nonetheless. Because speed isn’t everything – unless you’re racing for money, of course. Then nothing else matters. Not looks, not cost – not even fun.

The Bullitt is lots of fun – which the Tesla isn’t as much – in part because there is more to do inside the Bullitt than just push down on the accelerator pedal (EVs have no gas pedal) and be taken along for a ride.

The Bullitt – which isn’t available with an automatic – requires you to drive it.

You need to work the gas and the clutch (which is pleasantly heavy) and the shifter, with its white cue ball that fits your hand just so.

If you are not good at driving it, you will not beat the Tesla. 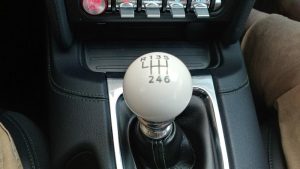 But even if the Tesla does beat you, its driver always loses.

He experiences just one facet of performance – acceleration – and even that is tempered and modulated by the car’s all-wheel-drive system. The car just – yawn – goes. It manages to make a 4 second to 60 run soporific – in the manner of a high-speed elevator. Push the button. Whoopee. 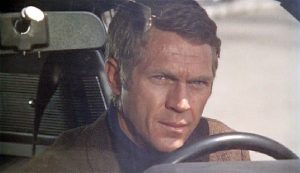 In the left seat of the Ford, you glance in the rearview – like Steve did – making sure the coast is clear. A blip of the throttle – to wake up the Teslian Soy Boy in the next lane. Eyes focused on the lights now, waiting for the opposing lane’s signal to go yellow – and yours green. Clutch in; right foot on the brake – but ready to stand on the gas.

The Teslian is on autopilot; there is literally nothing for him to do.

The light’s about to change now; you see the cross traffic slowing for their yellow about to go red. 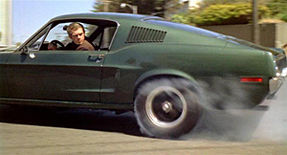 You shove the cue ball forward and feel first gear engaged. Green! With your left hand on the wheel, your right foot goes all the way down as your left comes up, both modulating the inputs just enough to keep the engine from bogging, the clutch slipping overmuch and the car from going completely sideways as you fishtail off the line  . . . the 5 liter V8 bellowing as if it had no cats and gulping air through a huge four barrel carburetor.

The roar is deafening, magnificent. Watch the tach! Don’t over-rev.

You pull the cue ball hard forward, grabbing second; the tires grab a piece of asphalt, accompanied by a momentary skittering as traction and power vie for supremacy. 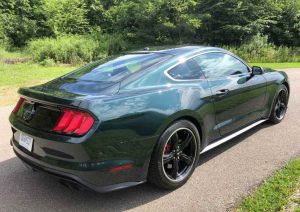 Third – then fourth – each crescendo of mechanical activity accompanied by sensations and sounds that are utterly absent from the cell phone in the next lane.

This is why the Bullitt lights my fire . . .  while the Tesla puts me to sleep.

There is great satisfaction in knowing how to drive – as opposed to being taken for a ride. Anyone can drive a Tesla fast. Many people can’t drive the Bullitt at all – having never learned how to work a clutch.

Much less syncopate clutch and throttle. Or mastered the art of the countersteer. They are missing out. 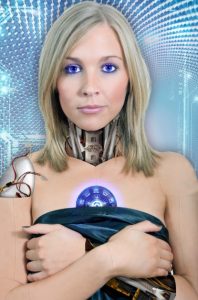 The Tesla takes away everything that makes a fast car fun – except the speed. And even speed isn’t much fun when it’s anodyne, like sex with a really good-looking mannequin. The act is the same and “she” may have a much better body than the flesh-and-blood option. But something important is missing – and you feel disappointed afterward.

You will never feel just eh after driving the Bullitt.

And that’s a difference you can’t measure by the stopwatch.