Pavolv’s dogs salivated whenever they heard the bell – even in the absence of food. They had been conditioned to associate the sound with the appearance of food.

The press reacts similarly when they hear the sound of Elon  . . . and that word.

They are currently salivating over what Elon tells them is going to be the Truck of Tomorrow. 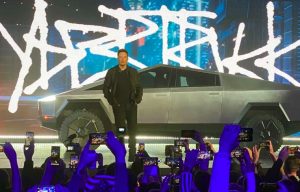 Which is quite possible – as we live in a lunatic present.

How to explain the demented approbation for the Cybertruck?

In any other context, its debut would have resulted in peals of laughter based on its cobbled-together and spray-can-painted appearance alone. All that was missing, when the curtain came up, was Gil Gerard stuffed back into his silver thermal underwear for a reboot of 1978’s Buck Rogers in the 25th Century.

At least the Urbacar of the ’70s – whose design Elon’s designers appear to have cribbed – was meant to cost less than the other cars of its time. This thing will cost more (hang on, it’s coming) while delivering less.

But because it’s electric, people clapped.

Because that’s what they’ve been conditioned to do. 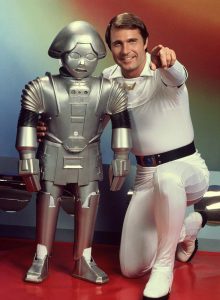 Anything electric is good – no matter how absurd. This includes calling a four-door SUV without even a four cylinder engine a “Mustang” – the vehicular equivalent of the Victory Coffee in Orwell’s 1984.

Up is down, left is right.

And cost is no longer an object.

Once upon a time, it was the goal of the car industry to sell more cars by making them ever-more affordable  . . . so that more people could afford to buy them. To reduce the cost of transportation – and to make it more convenient – in order to increase people’s freedom by increasing their mobility.

Today, the goal is reversed.

Sell fewer cars to fewer people. In order to get more people out of cars. To Sovietize the car business so that owning and driving a car becomes a perquisite of the nomenklatura.

This is not overtly stated, but it is the inevitable result of the 30-50 percent increase in the cost of replacing cars with engines with cars that have motors (and battery packs).

Elon promises that the Cybertruck – a vehicle which won’t be in production for at least two years and so he can’t possibly know what it will cost – will sticker for $40,000  . . . to start. 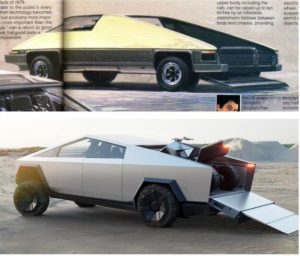 This, too, is gulped down with the gusto of Jim Jones’ Kool Aid.

When the production Cybertruck appears – and the starting price is $50,000 to start – no one will remember.

Or rather, no one will admit they remember.

But let’s pretend for argument’s sake that this promise comes true.

A $40,000 Cybertruck costs about $13,000 more than the current cost of a base-trim half-ton truck like the 2019 Dodge Ram 1500. The fact that the Cybertruck is quicker and can pull more (briefly, before the batteries wilt – another thing no one wants to talk about) doesn’t change the fact that the electric truck costs about 35 percent more than the current base-trim 1500. 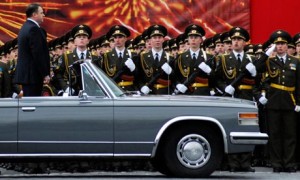 Similarly, the electric version of the VW Golf – the $32k eGolf. It lists for $10k more than the base price of the non-electric Golf, which amounts to . . . a 30 percent increase in the price of the thing.

Electrification, in other words, amounts to upselling.

And it will be forced upsellling, if Elon, et al have their way. Because there will be no alternative to electrification. 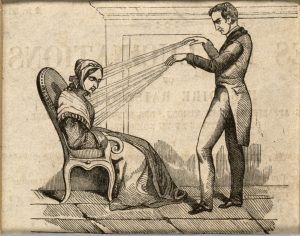 People are cheering the advent of cars that will make driving much more expensive and far less convenient  . . . because electric.

Say that word and disbelief is suspended. People fall into a trance-like state. Magic at home when the Christmas sale begins at this place.

Some even get out their wallets.

Thousands of affluent marks have already put down deposits, unsightliness seen. And in spite of one of Elon’s many promises about the Cybertruck revealed to be a blatant lie right in front of their very eyes – the “shatterproof” door glass that wasn’t.

Elon’s mesmeritic powers are so puissant he could probably get his followers – this includes the press – to bark like dogs if he asked them to.