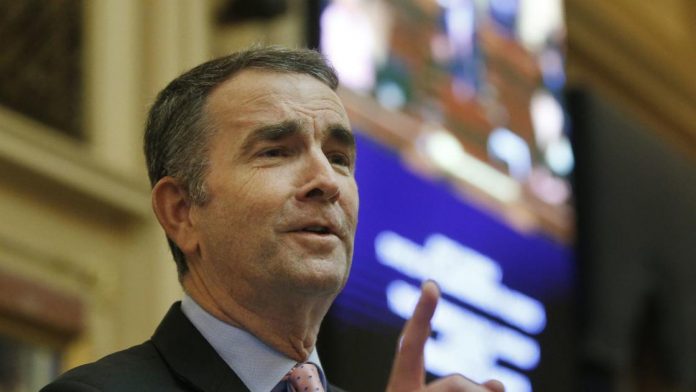 Today is the day tens of thousands of people will gather in Richmond, the capital of the Commonwealth of Virginia, to register their contempt for the stated intention of the loathsome humperdink governor – the “Coonman” – and his political allies to impose what is styled by them “sensible gun control.”

What is actually meant by this is the criminalization of the possession of almost all firearms by people who have never committed a criminal act – with a firearm or otherwise. Which raises a very timely question about the wisdom of possessing – or applying for – a permit to carry a concealed handgun.

And not just in Virginia.

Today may be the last day I am at liberty to answer this question openly – if things go south here in the Commonwealth.

I got a permit (noxious in itself as the keeping and bearing of arms is a right – and one ought not to have to ask permission to exercise a right) for what were practical reasons. Viz – to avoid being arrested – or worse – for open-carrying.

This is legal in Virginia – for now.

But in practical terms, it can be dangerous – especially in a car. Let’s say you get pulled over by an AGW for a traffic “violation” (i.e., some trumped up excuse to steal your money) and have a pistol with you. If you haven’t got a CHP, the pistol must be openly carried. That is to say, it must be plainly visible – as on your hip or on the seat beside you. But we live in jumpy – and murderous – times. I do not like the idea of having a gun sitting openly on display when an armed government worker waltzes over to my window.  It is very likely the AGW will draw his gun as soon as he sees yours.

And that is a definite threat to my safety.

As a CHP holder, I can conceal the pistol. The AGW will not see it right away – and therefore, the odds of him pulling his gun on me right away are lower. I also tell the AGW – first thing out of my mouth – that I have a CHP and that I am (or am not) armed and how does he wish to proceed?

This – in my experience – reduces tension as the AGWs (at least, those I have dealt with) grok that a CHP holder who has just told them he is a CHP holder is probably not a “threat to his safety.”

In any event, it is less threat to yours – because you’ve clued-in the AGW to the fact of your being armed without him just seeing a loose gun in a car with a person unknown to him, whose intentions are unknown to him.

I also have found that doing it this way can sometimes result in a warning – rather than a mulcting – for whatever you were pulled-over for.

That said, I must also say that it’s troubling – given the times – to know for a fact that the government of the Commonwealth knows I have guns. If the Coonman and his allies do pass laws criminalizing possession of guns (apparently, they intend to criminalize possession of everything except small caliber revolvers and probably those, too) then they will know who to arrest first.

Or at least, search.

Having a current CHP could easily be construed by the Coonman and his courts as probable cause to assume the person has now-illegal guns. And that could provide the legal basis for the door-to-door confiscation scenarios that are no longer easy to dismiss as the paranoid imaginings of the lunatic fringe.

Door-to-door searches (and Hut! Hut! Huttings!) have occurred on similar pretexts – such as the purchase of certain growing supplies, for instance or even the posting of comments deemed “hateful” online.

Or rather, it would be sufficient to send the door-to-door Hut! Hut! Hut! crew to make sure you longer possess the proscribed firearms.

How to be “Sustainable”