One of the silliest and most obnoxious make-work laws on the books may soon be the law in Illinois. Maybe soon in your state, too.

It is already the law in New Jersey and Oregon  . . . where motorists aren’t allowed to pump their own gas. For saaaaaaaaaaaaaaaaaaafety!

And for other things, too.

This isn’t full-service. It’s being forced to pay for services many of us do not want – leaving aside the money. 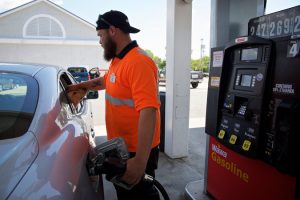 In addition to being fleeced, you’re forced to let someone you don’t know and likely have no interest in knowing paw your car with his greasy mitts, maybe not-quite-tighten your gas cap (triggering the “check engine” light to illuminate and requiring an OBD scan tool to un-illuminate) while also probably spilling gasoline on your paint.

And it’s illegal to object.

Because it’s the law.

In NJ and Oregon, a motorist can be Hut! Hut! Hutted! by an armed government worker for pumping gas into their own car. There’s very little chance you’ll be burned to death – note that fires at gas stations where it’s still legal to pump your own gas aren’t a problem.

But you might just get shot if you dare to pump-it-yourself in New Jersey, Oregon – and soon, Illinois, too.

But chiefly, because you won’t be allowed to say no.

The “service” he provides will be on his timetable – which will likely be more leisurely than yours. There will probably be fewer attendants than cars at times. If you’re in a hurry, too bad. At least it’ll make owning an electric car seem more reasonable.

The best part? You get to pay for it all, too!

Because that’s what government’s all about!

It “creates jobs”  . . . by forcing you to pay for “services.” Or those provided by its crony-clients, like the insurance mafia.

“HB4571 is concept legislation that creates safety and convenience at the pump… The bill seeks to create options for self-service, service by gas station attendant, and jobs. Input is valuable to shape into legislation the people of IL desire.” 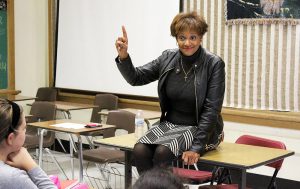 Leaving aside the maladroit construction, let’s consider the obvious fly in the soup. If, as Madame Lilly says, the Pump Jockey Mandate  “creates convenience” (of a piece with the teeth-grinding  injunction to “look for safety” that appears when you power up the LCD touchscreen in many new cars) then why the mandate? It is not necessary to mandate things for which there is a market – like convenience.

But it is necessary to mandate what people aren’t willing to pay for – precisely because it isn’t “convenient.” Like being a “customer” of the DMV’s.

How much will this inconvenience cost drivers in Illinois?

In New Jersey, where this obnoxiousness has been the law for many decades, the cost of a gallon of regular unleaded currently averages $2.48 according to the American Automobile Association. That is about 20 cents per gallon more than Virginians pay for the same thing.

Well, not quite the same thing. 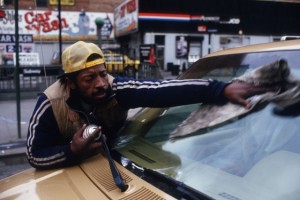 Drivers in Virginia and almost every other state aren’t forced to let a government make-worker fondle their car, which is something many people would pay extra to avoid – in the manner of throwing a buck at the squeegee man to keep him from “washing” your car’s windshield while you wait for the light to change.

In Oregon – which also has a Pump Jockey Employment Mandate – a gallon of unleaded currently costs $2.97 or about 70 cents more than people pay to pump-it-themselves in states like Virginia and most other states, too.

Either way, the Pump Jockey Mandate adds significantly to the cost of gassing up – because someone’s got to pay for it. And you always pay more when you aren’t allowed to say no.

Taking the lowball figure of 20 cents extra per gallon, we arrive at about $3 extra per 15 gallon fill-up. Times four fill-ups monthly times 12 months equals $144 more each year – which is just shy of $1,500 over ten years… for a “service” most people have no interest in paying for.

No matter how many “jobs” it “creates.”