Zane asks: Just curious, you’d know the answer to this, but when did GM go from General Motors to Government Motors? One could argue it was due to Obama-ism and the bailout, they had OnStar since the 90s. Figure this somewhat ties in with “Why is there so little competition”? Thanks for taking a look and have a great day now!

My reply: There wasn’t an exact moment; like cancer, it took time to spread. Back in the ’90s, GM was still mostly a car company, run by car guys. I knew most of the higher-ups; good guys who genuinely liked cars and disliked the nannyism that was even then beginning to accrue. But they retired or were replaced by corporate drone types – at first – and then by “Woke” people such as the current ensemble, who seem more interested in signaling their virtues – which are at odds with the virtues a car company ought to be concerned with. Or any company, for that matter. 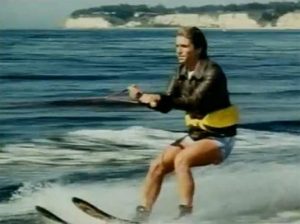 Instead, GM bean counts races and “genders.” It leg humps the government. It pursues policies which are suicidal by any fiduciary standard. It will not last long, though. Because it can’t.

Bear in mind that GM – all four remaining divisions – currently has less market share collectively than Chevrolet by itself had in 1970. GMC is nothing more than a badge-engineered marketing department for re-sold Chevys that are not quite Cadillacs. It’s as idiotic as Toyota selling Corollas and Camrys called something other than Toyotas but not quite Lexuses. But then, Toyota isn’t idiotic.

Buick? They sell in China. Here, it’s as moribund as Mercury before Ford finally pulled the plug. 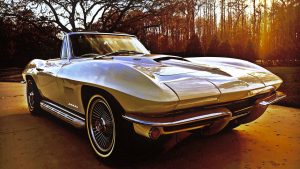 Cadillac is dying. Chevy can’t sell cars – and cancelled almost all of them. Even trucks are becoming a hard sell for Chevy – and that is ominous (if you work for Chevy).

The bailout accelerated much of this process by putting someone like Mary Barra – with her background in “human resources” – in charge. But it goes deeper than that. The bailout made GM into the government’s poodle, if not legally then culturally. It was once a great company and I say that as a car guy as well as a car journalist. The list of iconic GM vehicles is lengthy.

But can anyone cite one GM model made during the past 15 years that makes that cut? Even the new Corvette falls short. Yes, it’s very fast and handles really well. But it looks like and basically is just another insectoid supercar, as generic as the others and just as forgettable.