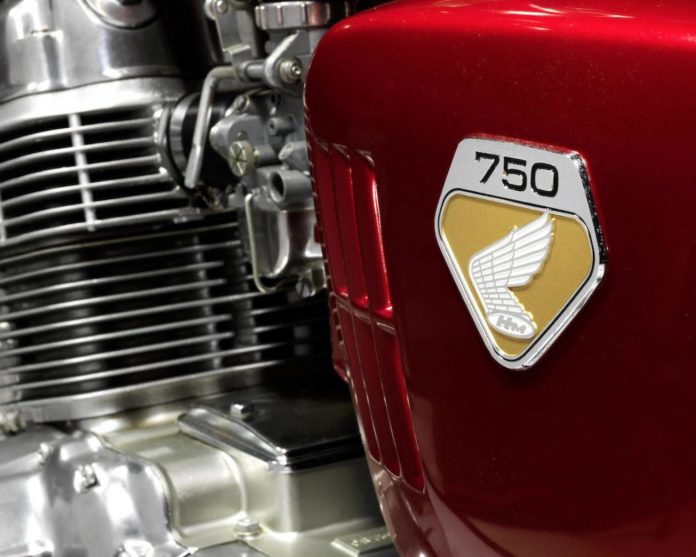 Old motorcycles, like old cars, are probably going to experience a resurgence in interest as people become interested in low-cost transportation again.

There may be even more interest in old bikes because they’re lower-cost, both to buy and to maintain.

Gas is cheap now, but that may change. Not because of scarcity but more likely because of surplus . . . of money. The excess printing of which will result in needing more money to buy the same things, like gas. When a gallon of regular unleaded costs $5 six months from now, being able to travel 50 miles on it – something most bikes can do – will also be of great interest to lots of people. 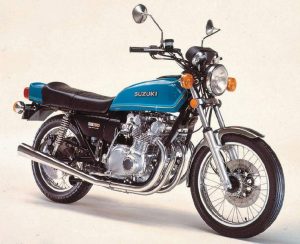 Old bikes are also fun – which we could use after months of being “locked down,” which isn’t.

You might begin by looking around for a ‘70s-era Universal Japanese Motorcycle (UJM) like a Honda CB750/550 Kawasaki KZ series or a Suzuki GS. These UJMs – so called because they’re all similar in basic layout – are attractive because they were among the first vehicles to be everyday reliable and low-maintenance in the way that modern cars are expected to be.

They were decades ahead of cars in this respect – which is why they still feel modern, today.

The Japanese bikes of the ’70s pioneered the overhead cam/aluminum in-line four-cylinder engine (CB750) and then the dual overhead cam in-line aluminum four cylinder engine (Z1900). These bikes were – and are – not only capable of very high speeds but also had very long legs. It is not a crazy idea to ride a 40-year-old UJM across the country because you’ll get there.

You don’t even have to go back to the ’70s to get that experience – and the rest. 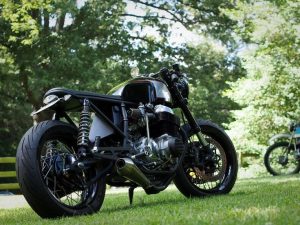 Most bikes made through the ’90s were still made like the bikes of the ’70s in that – unlike the cars of the ’90s – they were not fuel-injected and didn’t have computers.

As basically mechanical things rather than electronic things, they were and still can be maintained with wrenches and screwdrivers rather than  . . .  computers. Which made them easier to fix yourself.

Which made you more independent, both financially and actually. This will become important again in the post-Corona future.

You’ll need to master lost arts such as cleaning and adjusting carburetors – a bike with an in-line four will have four of them – and (if the bike is ’70s vintage) cleaning and adjusting ignition points. Neither is difficult to do and special tools aren’t – for the most part – required. But it’s been 20-plus years now since most  bikes came with carbs – and without computers – and 40 or more since most bikes came with points, so there will be a learning curve for those who have never dealt with either. 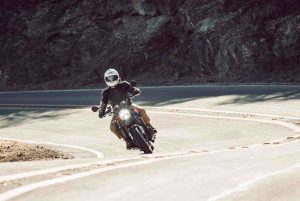 Which is most people who weren’t of riding age when these bikes were new.

They are used to getting on the bike, pushing a button – and riding. Modern bikes don’t even have chokes. But when the bike stops running – or isn’t running right, it gets hauled to the dealer.

Because he has the computer.

But in the post-Corona world, there may be no dealers left to get the modern bike running again – and even if there are, many will no longer be able to afford the dealer. 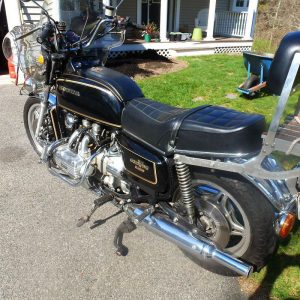 Especially the older air-cooled UJM stuff, with the engine hanging in the breeze, accessibly. The spark plugs are there. So are the carbs, which can be removed – by you – in just a few minutes with nothing more elaborate than some open-end wrenches and the gumption to have at it. Take them off, clean and reinstall. Adjust the idle by turning a screw. The mixture by swapping a clip – or a jet.

It isn’t hard to do – especially if you can read a service manual and have the patience to follow the instructions.

Which does not require a computer.

There’s no ABS, so no wheel speed sensors or catalytic converters, either – all the way into the late ’90s. Some bikes were free of such modern encumbrances until the early 2000s.

If the bike is air-cooled, it won’t have a radiator, water pump or hoses. Which means it will never leak water and overheating will only be an issue if you run the thing low on oil or run it too hard, both avoidable.

The oil itself will cost you less, too. Most bikes take between 3-4 quarts and some of the smaller cc bikes need only a quart or so – vs. the usual 5-6 for most cars. Tires are another thing you’ll spend less on, since there are only two of them – and both are cheaper (generally) than car tires – though they don’t last as long. Still, you’ll have more money in your pocket – which matters when the government takes away your ability to earn it.

But the main payoff is psychological. A bike will make you feel alive again and thus counteract the concerted efforts of the Fear Peddlers to make you feel that death is everywhere.

Hold the front wheel with your left grip; use your right to feed throttle until the rear breaks traction. Let ‘er rip – then let off the brakes and leave a streak of rubber 50 yards long, suffused in smoke for the Fear Maskers to huff.

And that’ll make you feel great!