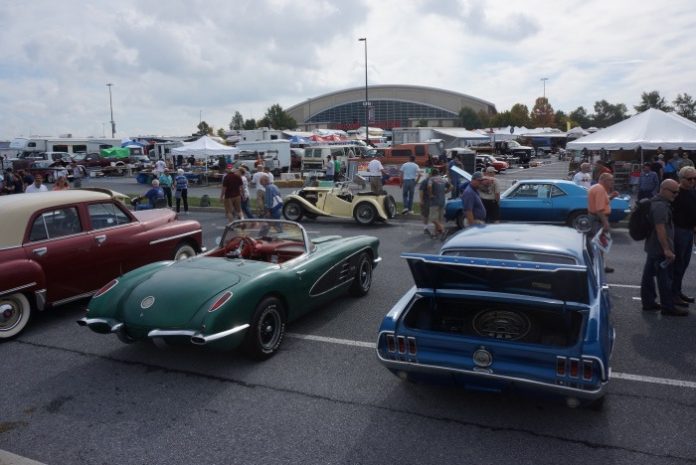 People make the intellectual error of attributing the shutdowns and lockdowns to “the virus.” In fact, the virus has had hardly any effect on anything – outside of nursing homes.

But government – the people with the power to shut things down and lock things down – has had a tremendous effect on everything. In the name of “stopping the spread” – a hideously dangerous notion – we have suffered an almost unlimited spread. 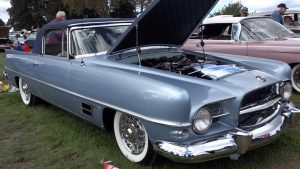 Which has now had the effect of shutting down one of the country’s largest and greatest car get-togethers, the annual Fall Meet at Hershey, PA.

To those not hip, “meet” is a misnomer. Or at least, barely hints at what this actually is. Which is, one of the largest gatherings of car people held. It is the Woodstock of car shows – and more than just that, too.

People come from all over the country to sell – and buy – car parts. Hard-to-find parts for cars that haven’t been produced in decades. Sometimes, centuries (the Model T is more than 100 years old now). Bu if you need it, someone at Hershey probably has it.  It just might take a little while to find it.

But that is a big part of it. The fun, that is. 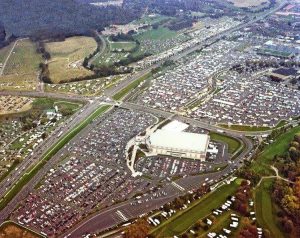 You spend hours – even days – walking the seemingly endless fields and rows and warrens of informal stands/booths and open trunks looking for what you’re looking for. Having chats with people who speak Studebaker or LaSalle or Hudson and other mostly forgotten brands.

Here, you will find the fluent.

And probably, what you need to complete that project you’ve been working on for the past several years. And even if not, you will find camaraderie. Among thousands and thousands of like-minded automotive aficionados. People who dig it – and get it.

All of it now officially Corona’d.

The Antique Automobile Club of America – which sponsors the event – just announced the Corona’ing. There will be no annual meet this fall – which is months away – because the organizers believe – reasonably – that it will be impossible to have thousands and thousands of people milling around in a manner that is government-compliant.

That is to say, playing Sickness Kabuki. 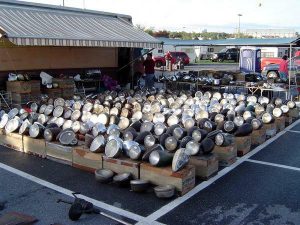 Imagine the absurdity, if you can, of people “maintaining social distance” at a swap meet. How, exactly, do you pick through cardboard boxes of parts from six feet away? How do  you speak with the owner of said parts to strike a deal for the part when you can’t understand each other because of the Fear Mask the government forces you both to wear? Every car shown with tape all around its perimeters, the viewers forced to stand on the “x”?

It’s not only silly, it’s unenforceable.

Which is why – “with great regret,” according to the official announcement – the AACA has decided to call the whole thing off and thereby deprive thousands and thousands of car buffs of the highlight of their year. 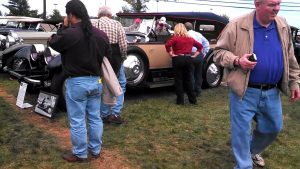 It will also, of course, cost the vendors – the people who put up hot dog stands and such – a large sum of money. But no matter. They are not “essential.”

Only government is essential.

Which circles us back to this evil business of “stopping the spread.” Read the words again, carefully. Consider what they say – and don’t. The latter being why they are evil. 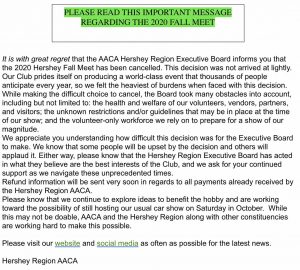 What would you say to someone who spoke in terms of “stopping the spread” of the common cold? Of the flu?

There are millions of such “cases” (another evil bait-and-trick) each year and always will be – because it is not possible to “stop the spread” of colds and viruses, which includes WuFlu.

The finer point – not to be spoken of – is whether you’ll die from catching cold, the flu or the WuFlu. Which of course you probably won’t unless you’re very old or very sick. It would be prudent to not attend a car show in that case – though forbidding you to attend would be tyrannical.

Closing down the whole show – forbidding tens of thousands of not-old/not-sick and so not in danger of anything serious people from enjoying a car show that no one is forced to attend is something far worse.

The AACA has caved to the government – which it fears more than it cares about serving the interests of the old car hobby as well as the demands of liberty, which is being trampled in a manner that is disgraceful and insufferable.

It may be time to-end run such Quislings – which includes, as an addendum, the same as regards all hair cut joints and stores and so on that are insisting on Fear Masking and “anti-social distancing” and otherwise enabling and accomplicing this tyranny. 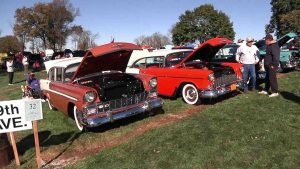 Get haircuts from people who won’t insist on Sickness Kabuki as the condition of a trim. A meal – served without Fear Masks or partitions. A car show where you’re free to mill about, as you like – among others who aren’t terrified you’re going to kill them by exhaling near them.

Let those who are stay away.

There has to be someone in PA – somewhere – who has enough acreage and enough guts to open his place those who want to come to show and see neat old cars and find and sell parts for neat old cars. Who is willing to re-assert the American idea of free association.

And let the government try to shut it down.