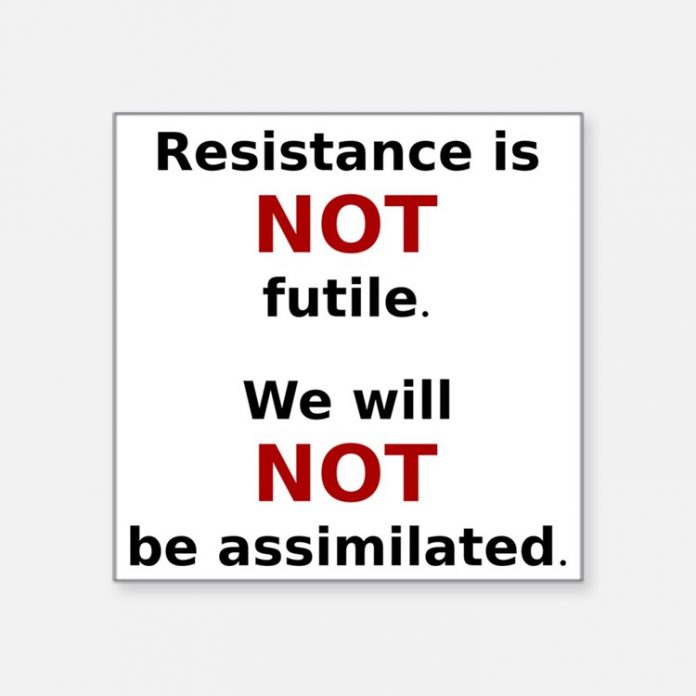 Which is precisely what it is to force kids to walk around with a Face Diaper on. Unlike adults, who can understand the sickness of this “pandemic” of manufactured hysteria, kids – the elementary school-age kids this man taught – are especially vulnerable to psychological damage caused by making them believe everyone’s going to die by making everyone wear a Face Diaper and thus live in terror of everyone.

This teacher refused to go along with it.

After his dismissal, this man was contacted by several parents disgusted by the treatment he received but who admired his taking a stand for himself, on principle – and for the sake of their kids. They pulled their kids out of school and will now homeschool – to be taught by this same teacher, Undiapered and unafraid. Their kids will not be Diapered or made afraid, either.

This is the example to follow if you oppose acceptance of Sickness Psychosis as the “new normal.” Playing along with the deranged isn’t going to cure them. It will enable them. It will empower them. Each giving in to them is just another step toward a very dark place.

Which is why taking not one more step in that direction is so essential.

As this man did not:

I was moved by your recent article about “Diapering Under Duress” that I felt compelled to share with you my story about being forced into the precarious position of diapering up on the job. Please pass it on to that track coach; it may help.

Up until very recently, I was very happily employed as an elementary teacher at a private Montessori school in Georgetown, TX, two towns north on the I-35 from the DPRA (Democratic People’s Republic of Austin). Two weeks ago during staff orientation (via Zoom), my colleagues and I spent three hours going over a ten page addendum to the handbook regarding procedures we were to follow regarding WuFlu.

At the end, my director informed us that we would be required to wear face diapers due to municipal and state edicts. I was hoping to get away with donning a face shield. I bought one on Amazon for $15 and it had worked pretty well for me ever since Governor “Santa Anna” Abbott made them mandatory at the end of June. It was a begrudging compromise to principle that I thought I could live with since it allowed me to emote, breath easy, and go about my daily life unmolested.

Alas, I was in for a rude awakening.

My director decided to interpret the edicts as meaning that only face diapers were acceptable. I attempted to reason with her that this was an unnecessarily narrow view, to no avail. My last resort was submitting a conscientious/religious objection, as well as a medical necessity exemption. Both were summarily rebuffed, and I received a curt dismissal from my post.

At first, I was bewildered at it all. But I realized the situation had become completely untenable when, a few days before school started, my director decided to go well beyond any of the edicts by requiring all children above the age of three (italics added) to be face diapered. When I heard this, I was glad to not be there anymore. I could not, in good conscience, participate in the systematic terror she was perpetuating on the children. My job was to teach them, not to scare them about something infinitesimal.

Shortly afterward, I received emails from two pairs of parents from my classroom. They were disappointed to hear how I had been treated, and with the way my director was acting. They informed me that they would be pulling their children out of that school, and wondered if I’d be interested in launching a learning pod. They told me I’d be a great role model for their children because I stood on principle and accepted the consequences with stoic poise. They are also of like mind and conscience because they both complimented me on my “Ron Paul rEVOLution” bumper sticker, the only one I have on my car.

This Saturday we’re all going to meet together to finalize all the details: contracts, calendars, curriculum, etc. Thankfully Texas is the best place to start a business and couldn’t be laxer when it comes to homeschooling. If all goes well, we’ll launch on Monday the 31st, which also happens to be the 150th birthday of Maria Montessori.

It’s poignant because she went toe-to-toe with “Il Duce” about his edict that Italian children wear the Fascist uniform to her schools; she told him exactly where he could stick his pieces of cloth. Though he shut her down shortly thereafter and she went into exile in the Netherlands, she was right to resist the tyranny of her day, just as we are right to resist the tyranny facing us today.

To the track coach who wrote to you about his predicament, I reiterate the old Latin proverb: fortune favors the bold. Private tutoring may prove to be just as lucrative as teaching at a school, perhaps more so once the cost of officious administrators is cut out of the equation. It’ll also be easier to nurture talent because more individual attention can be given over roughly the same amount of time, maybe even less. Though our present economic situation is dire, and uncertainty abounds, many parents are still willing to make investments in their children if they feel they’ll get their money’s worth. With the utter ridiculousness coming from regulated schools (public as well as private), it shouldn’t be a hard sell.I have since discarded my face shield. It won’t be needed in my learning pod, and I no longer feel like appeasing anybody anymore.

Water in the desert. A meal for a starving man. These are the stories good people need to read. Not hysteric cries about the cases! the cases!

It is not hard to avoid Face Diapering – and the Face Diapered. If you decide to avoid them. Stop going to stores where Diapering is decreed. Buy your supplies elsewhere, even if it means online – for now. For long enough to establish networks of the Undiapered, who will sell you food or barter with you for it without insisting on your playing Sickness Kabuki. 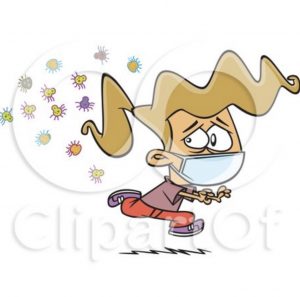 We have the power to defeat this virus of mass hysteria  . . . by separating ourselves from it; by forming up with others who want no part of it. By refusing to live abnormally, nor bequeath a sick society to kids, who deserve to live in healthy society.

It costs us nothing more than saying no to Sickness Psychosis – and going our own way.

Take off the Diaper. Throw the filthy rag away. Reject the filthy notions it symbolizes submission to.