You should assume that the car has been run hard. It’s what people buy performance cars for, after all.

But that isn’t the real worry. As a general rule, performance cars are also heavier-duty cars, equipped with stouter engines, high-capacity cooling/oiling systems, upgraded brakes and heavy-duty suspension parts designed to hold up to hard use. The manufacturer also has a vested interest in the car not breaking on account of being used for its intended purpose. If it does, word gets out and people tend to not buy such performance cars when they are new. 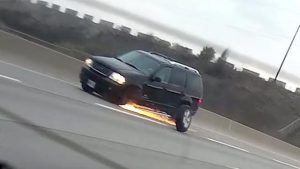 A used performance car can be safer bet on account of this than a used commuter car that was run hard – but not built to take it. People sometimes make the mistake of assuming the used commuter car wasn’t run hard because it wasn’t designed for that. Which, of course, may not be the case. And if it was run hard, the odds of it being a money pit are higher on account of it.

Does it come with receipts and such establishing that it has been well-maintained? Ideally, according to the manufacturer’s severe use or heavy-duty service schedule, which recommends more frequent oil and filter changes, cooling system service, brake fluid changes and so on. 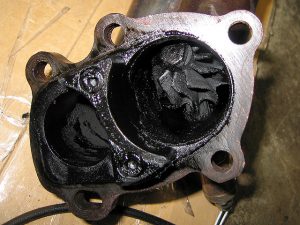 This is far more important than superficialities easily identified and corrected such as bald tires or even worn out brakes, which involve the replacement of parts that are routinely replaced.

You want to avoid having to replace things which shouldn’t need replacing, routinely or otherwise.

It is harder to see the inside of an engine – or the transmission – and a look at the dipstick or a check of the fill-hole can be deceptive, if the oil/lube was changed out just prior to the car getting its For Sale sign.

Given the money you’re laying out up front – and the money you could find yourself laying out down the road – it is sound policy to shy away from any prospective used performance car that doesn’t have service documentation, ideally dating back to new.

A prospect that doesn’t have such a paper trail should be assumed to have been poorly maintained and bought only if the price is low enough to compensate for the service you should do as soon as you get it home – as a presumptive palliative –  including a complete cooling system service, oil and filter (you should assume the oil in the engine at purchase isn’t the high-quality (and high dollar) synthetic that almost all modern performance cars require), transmission/transaxle and brake service – including a flush of the hydraulic system and refill with the specified brake fluid (as opposed the who-knows-what-it-is fluid in the system at purchase time).

If the car is one of those that requires a timing belt/tensioner check/replacement at a certain mileage and there is no record of it having been done, assume it will need to be done.

Lubrication and cooling system service are particular agenda items if the car has a turbocharged engine. These run hotter even when not run hard and if they run hotter when run hard than the design spec because the oil wasn’t changed often enough – or the cooling system not flushed/refilled per the schedule – then the life of the turbo – there are sometimes two – might prove to be less than you’d hoped (and budgeted) for. 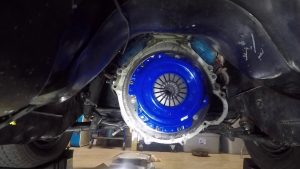 If the car has more than 70,000 miles on the clock and a manual transmission and there’s no paperwork that the clutch isn’t the original one, assume you’ll be paying for a new one soon – even if the clutch in the car right now doesn’t slip.

Modern cars with slave cylinders/automatically-adjusting clutch take-up often won’t begin to slip until just before they fail. The usual on-the-road test (put it in third or fourth at low speed and floor the gas; if the engine lugs, all is well; if it slips, the clutch is not well) may not tell-tale you that the clutch is 90 percent worn, which it may well be after three or four years of dragstrip launches.

Transmission service is another critical agenda item – whether manual or automatic. Arguably, even more critical if an automatic because automatics are very vulnerable to high heat and old fluid. Even if the specified changeout interval hasn’t been reached, odometer-wise, it’s a very good idea to assume it needs to be changed – even if there isn’t a specified changeout interval. Manufacturers sometimes claim changeouts aren’t necessary for the “lifetime” of the transmission. The catch there is the lifetime of the transmission may be much shorter than the lifetime of the car. Especially if it is a performance car and the transmission was regularly power-braked by its prior owner . . . which you should assume it was. 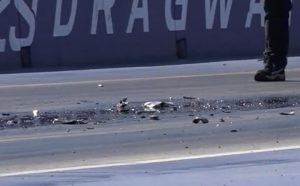 Having to replace a burnt-out automatic is a big deal. A big expensive deal.  Three, four – even five or more thousand dollars. It’s not something to risk on faith.

The bottom line is the things you can’t see can be much more determinative of your future happiness and financial health than the things you can see, such as the tires and brakes and even the struts (and shocks). It is easy to put new tires – and brakes – on a tired ride and thus beguile you into buying in and holding the bag.

Caveat emptor is the rule  . . . plus the additional rules.

Don’t Trade It In

Ode to the Carburetor