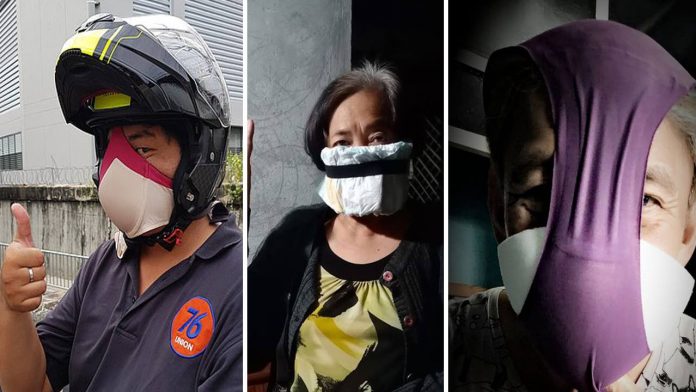 One of the strangest things about the disease plaguing America – sickness psychosis, not the WufFlu – is not the wearing of literal Diapers on one’s face as well as their equivalents (e.g., an old bandana or a “mask” that the box it came in warns is useless) as a mechanism to protect the wearer from becoming sick.

It is the Diapering of the not-sick.

Even if Face Diapers worked, that would be an irrelevance if the wearer isn’t sick. It is the equivalent of insisting that people who haven’t got broken legs wear leg casts.

Of course, the Sickness Psychotic will erupt in outrage and say that broken legs aren’t communicable!

True, but neither is a virus you haven’t got.

Then they fall back on, “But you might be sick!” – i.e, the apparently healthy, with no signs of sickness – such as symptoms – must be presumed sick, perpetually.

No different an evil, in its essence, than presuming Jews are evil, for instance. That blacks are criminal. That women are sluts. That we are all “trrists” – and drunks and drug addicts, too.

It is a recipe for societal sickness. Paranoia – and its corollary, fear – enshrined as the basis of a state of perpetual psychosis.

It is also the doctrine that will be used as the basis for pushing the pending Needling on people since the only way to “be sure you’re not getting people sick” is by inoculating them against the sickness.

Except, of course, they can – plus more.

Unless the WuFlu vaccine is unlike any other vaccine, it will not be 100 percent – or probably even 70 percent – effective and there will almost certainly be side effects, very possibly worse than the WuFlu itself. This was the case back in the mid-’70s when there was a kind of trial-run of what’s happening right now. The “swine flu” was abounding – or so it was marketed. Most people didn’t get it, much less killed by it but there was an overweaning, you’d-better-do-it public relations campaign to get people Needled.

For free, of course!

Many got just what they paid for, too – including one previously healthy woman who was crippled for life by side effects she wasn’t told about before she extended her arm – and ended her life.

She survived the shot in terms of remaining alive. But her life became more like existence, due to the loss of her previous ability to walk.

The WuFlu-ites will not care about this anymore than they care about the medical efficacy of forcing healthy people to wear Face diapers that can’t stop the spread of a virus they haven’t got.

What they care about – though most of the Diapered are Dupes and don’t know it – is laying the groundwork for what is almost certainly the previously planned, entirely intentional forced vaccination of the entire population. Get everyone Diapered and you’ve gotten everyone to implicitly agree to more than just Diapering.

It is a form of carrot and stick.

The carrot dangled before the Dupe is that he will at last be free of the hated Diaper – provided he agrees to the Needle. And he will demand you Needle, too – else he will still be made to Diaper because . . . you can probably anticipate this . . . you (the Undiapered, not Needled) might be sick!

Everyone must Needle – in order to avoid Diapering.

Which brings us ’round to the life-or-death importance of ripping the Diapers off our Faces – or better yet, never putting them on our faces.

Because we’re not sick.

Because we don’t wish to risk sickness – by getting needled.

Because weighing the risk to our health is our right. By rejecting the guilt-trip that we might not be healthy, absent any evidence to the contrary – and accept being presumed sick, which is a sickness unto itself.

Or – better put – an indulgence of sickness.

People are understandably afraid. The government and the media have done a very good job of making people afraid. That is not the issue. The issue is whether someone’s fear imposes obligations on others to assuage it.

Some people are afraid of dogs. It imposes no obligation on people who like dogs not to walk them in public.

Some people are afraid of driving in the snow. It should not impose an obligation on others, who aren’t, to stay home.

Diapering is about pandering to fear – in order to normalize fear as the basis for imposing obligations on other people. If this doctrine is accepted, we will have a great deal to fear because there will be no “vaccine” to protect us from being guilty because we’ve been accused. 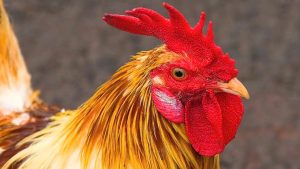 Assertions will replace evidence. Punishment will not require conviction. If the fearful herd demands it, the cattle must accept it.

That’s what the Diaper Thing is all about. If it were about “health,” a diaper wouldn’t cut it.

The fact that it does ought to tell those insisting on it something. But you might as well try explaining geometry to a rooster.

The Mindset of a Hero