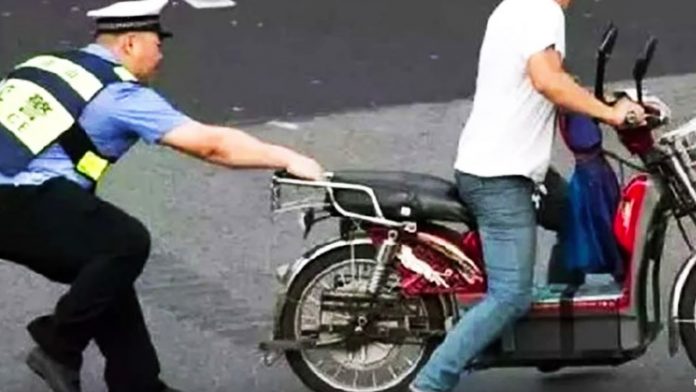 The problem with giving an inch is they always take a mile. This is why it is so important to never give them the inch in the first place.

Motorcycle helmet laws are an instance of the inch given – that will lead to the mile taken.

The inch is acceptance of the argument that it’s legitimate to force a motorcycle rider to wear a helmet because it decreases his risk of serious injury or death if he wrecks.

Having accepted that, why not just forbid him to ride the thing at all?

Isn’t the argument essentially the same? The haggle is over degree. Having ceded the argument in principle, it becomes harder over time to defend against further demands and restrictions until the day dawns when someone makes the final argument – outlaw motorcycles altogether. Precedent and practice make it almost inevitable that this day will come.

And so it has.

The British Motorcycle Federation – a kind of two-wheeled AAA – recently published an expose about an eyes-only White Paper called Local Transport Connectivity Plan 5 (LTCP5) produced for internal discussion by Oxfordshire bureaucrats. Within the many pages of obfuscatory and pedantic government-ese was found the statement that “motorcyclists are a danger to themselves” and also that “motorcycles substantially lag behind the car industry in creating less polluting, smaller engines and electric bikes have been slow to the market.”

Just in case the sssssssssssaaaaaaaaaaafety argument doesn’t do the job by itself.

John Broad, who is active in the BMF and the Vintage Motorcycle Club as well as a local district councillor himself, dug up the skullduggery – which the public wasn’t supposed to be privvy to – and spilled the beans, publicly.

“What I found was an incomplete and biased document that was being presented as the basis for future transport policy,” he wrote in an article published by the BMF. “The compilers of the document seemed to have cherry-picked (data) to support their pre-existing bias towards the holy trinity of public transport, cycling and walking,” he wrote.

Does it have a familiar theme?

Like, for instance, the cherry-picked (and presented) data regarding who is “at risk” of dying from the WuFlu?

There is actually much less risk, by the numbers, to go about showing your face than there is to ride a bike – helmeted or not.

The lifetime odds of death on two wheels are 1 in 770. 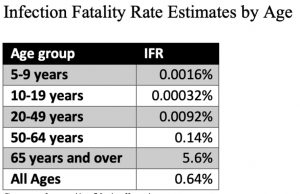 The odds of someone not already near death from old age or 2.6 other serious illnesses such as COPD, severe hypertension/cardiovascular disease and so on dying from (as opposed to the despicably obfuscatory with) the WuFlu are not even a whole number.

You can calculate your particular odds by taking the Infection Fatality Rate associated with your demographic (age, sex and general health status) and then factor that in context of the general population. If you’re not already near death from old age or chronic serious illness, your IFR is on the right side of the decimal point and the number of zeroes before you even get to a fraction of a whole number increases with youth and vigor.

WuFlu is a serious threat to the very elderly and the already very sick only.

Yet Face Diapers have practically been force-wrapped around the entire planet.

How can motorcycles – so much riskier! – be tolerated? 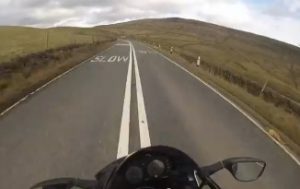 For that matter, how come they haven’t shut down the highways – or at least imposed a maximum speed limit of 10 MPH, since traffic flowing 70-75 is a danger to feeble elderly people with glaucoma?

And to those who say it’s just the rider who’s at risk – and whereas the Undiapered is putting others at risk – once again the numbers. You’re still more likely to get slumber-roomed by a motorcycle (a 1 in 1,000 lifetime chance) than you are to be slumber-roomed by the WuFlu.

So it’s not surprising that motorcycles are being targeted.

The wonder is it took this long to get around to it.